Roughing it in exotic Finland

The co-author of a new guide to Finland tells how the book was made, drops travel tips and reveals what’s best about the Finns.

Time for some sun: Helsinkians stretch out on the green expanses of the Esplanade to enjoy the good weather.

What’s it like to lead the adventuresome life of a travel guidebook writer in a wild and cool country like Finland? And what’s the best thing about the Finns? We ask Roger Norum, co-author of the all-new Rough Guide to Finland.

Roger Norum is feeling good as he shows off the first edition of the Rough Guide to Finland, hot off the press. “I really do feel like I have the best job in the world,” he says. “I tried an office job but I was unhappy.”

He has written for Rough Guides about Mexico, Sicily, Paris, West Africa and Denmark, but Finland holds a special place in his heart. A New Yorker who now lives in London, he recounts how “Helsinki was my first time abroad, if you don’t count three days in Montréal. It was the most exotic place I’d ever been – and still is.”

So it was that, at the tender age of 16, during a two-day stop-off en route to Russia on a school trip, Norum “fell in love with Helsinki and Finland,” with the wintery cityscape of “neon signs in a bizarre language.”

Ah yes, the Finnish language – what about it? “You get a lot of insight into the culture even if you do learn just a little,” says Norum. He did put some time into it, long before doing the Rough Guide to Finland: “Finland just became the country I kept coming back to.” 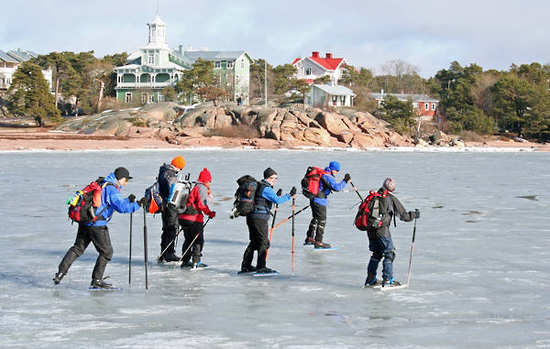 While writing the book, Norum visited Finland several times for about a month each, over a period of more than a year. “I’d come and do research, take as many notes as possible,” he says, “then come home, wait one or two weeks, and write with a bit of distance.”

Writing guidebooks requires a surprisingly personal touch. You list the facts, of course, but “you’re writing about what happened to you while you were there,” Norum says. “You learn about a place from that experience and take the reader on that journey with you.”

“When I saw Helsinki about 20 years ago, it was a very different place and felt very closed to me. I’ve seen it change over that time, and built part of my life here, and I want to share that with others.”

So what’s his favourite place in Helsinki? His expression shows that this is a tough question, but it doesn’t take him long to answer: Bar 9 [Uudenmaankatu 9]. “That was the place I met the most people,” he says. “Just taking a pen to a piece of paper and looking very studious, people come up to you.” A pause follows. “And weekend brunch at Fanny Bar and Kitchen [Bulevardi 40],” he adds.

Apart from the capital, though, what part of Finland does he like the best after covering all of southern Finland for the guide? “The Åland archipelago [situated between Sweden and the Finnish mainland] is a very special place, too,” he says. “You feel very much removed from the world. Spending all this time in Finland has made me much more aware of the outdoors.”

Best of this and that 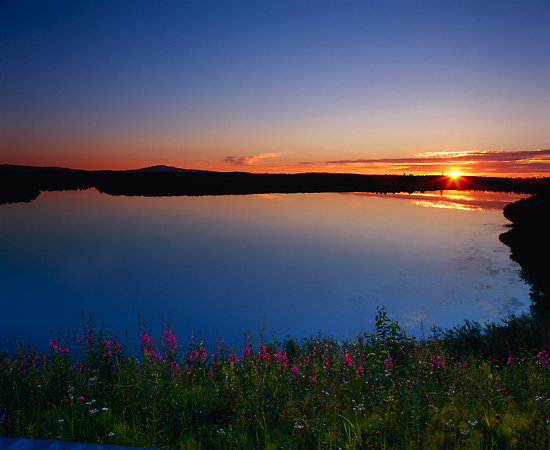 The great outdoors: Finland’s a great place for people who love unspoiled natural scenery such as this view of Ounasjärvi, a lake in northern Lapland.Photo: Pekka Luukkola

While we’re on the subject of best-of picks, what’s best about Finnish people? “The best thing about the Finns – I’d say it’s their sense of humour,” Norum ventures, well aware that his remark doesn’t fit the tired, out-of-date stereotype of the silent Finn.

“People here have a real appreciation of the absurd,” he explains. “And they also like awkward moments. I’m a big fan of awkward moments – they take you out of your comfort zone.”

And what’s the best thing about writing guidebooks – which doesn’t seem to be a get-rich-quick branch of business? “You get to come back every two or three years,” says Norum. The first update trip for the next edition of the Rough Guide to Finland takes place in 2012.

Female directors march to the fore at the documentary film fest DocPoint in 2020.