Finnish children have repeatedly scored top marks in the OECD’s Programme for International Assessment (PISA). We look at the factors behind this success.

Finnish schoolchildren have been ranked best in the world as measured by combined learning results in science, mathematics and literacy.

This was the conclusion of the periodical extensive comparative study of learning among children and adolescents under the Programme for International Student Assessment (PISA) conducted in 30 member states of the OECD and 27 other countries in 2006. The 2006 PISA study emphasized science, in which Finnish fifteen-year-olds scored the highest by a wide margin ahead of — Japan, Hong Kong and Korea. Finland’s score of 563 points was also the highest total ever recorded in a PISA study. In reading comprehension, Finland ranked second after Korea, and in mathematics Finland also ranked second, losing out to China by only one point. The Finnish scores in these areas were 50 to 60 points higher than the OECD average, which is about 500.

Published in December 2007, the PISA study involved 389,750 randomly chosen 15-year-old pupils in 57 countries. The Finnish sample consisted of 4,714 students at 155 schools, of which 144 were Finnish-speaking and 11 Swedish-speaking.

The study demonstrates that the particular strength of the Finnish school system is that it guarantees equal learning opportunities for all regardless of social background. Tuition is free for everyone, and there is little variance in performance among schools. The PISA study also shows that learning differences among pupils in Finland are not as great as in many other countries and that the percentage of pupils with poor learning capacity is very low. An adequate level of competence (level 2 out of 6) or higher was achieved by 95.9% of the participating Finnish pupils in science, by 95.2% in literacy and by 94.1% in mathematics. Almost half of the participating Finnish pupils reached level 4 or higher in all these areas. 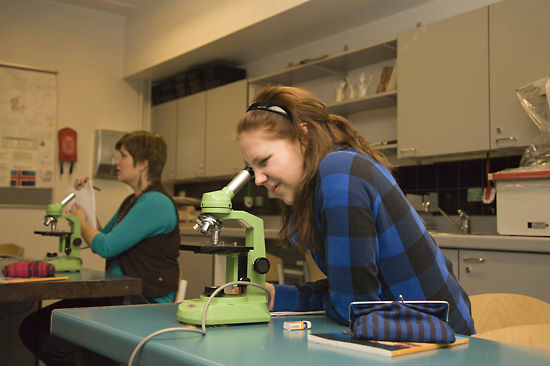 There are other factors, too, that explain the high performance of Finnish pupils. Security and motivation are fostered among the youngest schoolchildren by having the same teacher to take them through the first grades and by not measuring their performance by numbers. Compulsory school education begins at the age of seven, and until then children are free to enjoy a childhood at play. Instead of promoting comparison among pupils, an important objective of the Finnish school system is to support and guide pupils with special needs. Very few pupils are required to repeat a school year. Special attention has been paid to making the school environment pleasant and motivating. Teachers are a key factor, and Finnish teachers have high academic qualifications. Teacher-pupil relationships are open and cordial in Finnish schools. The costs of this school system are close to the European average, as is the number of lessons; the system can thus be considered highly cost-effective.

Earlier PISA studies were conducted in 2000, when the focus was on reading, and in 2003, with emphasis on mathematics. Finland is the top country when the rankings of all PISA studies are combined. The country’s success in the PISA process has generated considerable international interest, and other international studies have produced similar findings. The Finnish school system has been described in numerous international seminars, and thousands of visitors, notably teachers and politicians, from all over Europe and further afield have visited Finland to see schools at work.

In 2007 Finnish schoolchildren again ranked first in the international PISA survey, which measures the learning results of 15-year-olds. What kind of school produces…