Two hours from Helsinki, Söderskär offers scenic seascapes, wildlife and a 150-year-old lighthouse. See its rugged beauty in the slideshow at the end of this article.

Söderskär Lighthouse has overlooked the Gulf of Finland for more than 150 years. Check out our slideshow below to see how, after decades of neglect, these remote islands and their rich cultural heritage and wildlife now face a brighter future.

Seabirds cry overhead as we sail through a splendid, island-dotted seascape towards the low rocky island of Söderskär and its looming lighthouse. Though we are just 30 kilometres east of Helsinki as the seagull flies, these windswept, wave-washed islands feel wild and remote.

The last lighthouse-keepers and their families left this lonely spot when the lighthouse lantern was automated more than 50 years ago, and their wooden houses soon fell into disrepair. For decades, this part of the Gulf of Finland was only occasionally visited by fishermen and birdwatchers, and many islands remained the preserve of the military and coastguard services. But responsibility for the archipelago is now shifting to Metsähallitus Natural Heritage Services – the organisation that manages Finland’s national parks.

“We feel the best way to preserve the rich cultural and natural heritage of these islands is to keep them alive and in use,” says senior advisor Tiina Niikkonen from Metsähallitus. “Through two EU-funded projects we are restoring Söderskär’s wooden buildings, and networking with local firms and organisations to build up sustainable tourism and enable people to come here and enjoy the islands.”

“The 150-year-old lighthouse and the old lighthouse-keepers’ and pilots’ homes are listed as a nationally important cultural setting,” adds cultural heritage expert Minttu Perttula, also a senior advisor at Metsähallitus. “Finland’s National Board of Antiquities is overseeing restoration work that will show visitors what life was like in this isolated community.” Söderskär also has historical military defence structures dating back to the Second World War.

The islands around Söderskär are rich in birdlife, providing refuge for many breeding sea ducks, shore birds, and rare gulls and terns. The old pilot’s house at Söderskär has long been used by ornithologists to monitor numbers of breeding and migrating birds. In spring 2012, as many as a million arctic geese, divers, waders and sea ducks were counted passing through.

“In future we hope the pilot’s house will continue to be used by ornithologists from Birdlife Finland so this valuable work can be continued,” says Niikkonen. “Söderskär forms part of Baltic-wide, EU-wide and worldwide nature conservation networks, so everything we do here must be planned carefully to protect the islands’ wildlife.”

During the seabird nesting season in spring and early summer, visitors can only come to Söderskär with organised tour groups. Many parts of the island are roped off to protect well-camouflaged mother eider ducks sitting on their nests. Later in summer more independent visits and overnight stays are also possible.

Guided daytrips to Söderskär run three or four times a week during the summer from harbours in Helsinki. Island guides provide visitors with coffee, pancakes and stories about Söderskär’s history and former inhabitants. The lighthouse also houses exhibitions of local artists’ nature-themed works.

To cap it all, visitors can climb 40 metres up to the top of the lighthouse and enjoy magnificent views over the archipelago from the lantern room. Söderskär’s light shines on International Lighthouse Day (August 19). 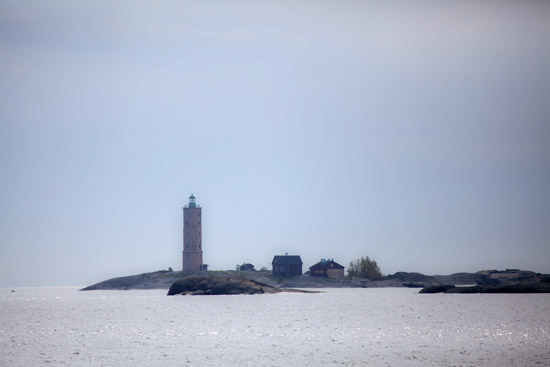 Söderskär and its lighthouse form part of an island-dotted seascape that feels wild and remote although it’s not far from the Finnish capital. Photo: Tim Bird 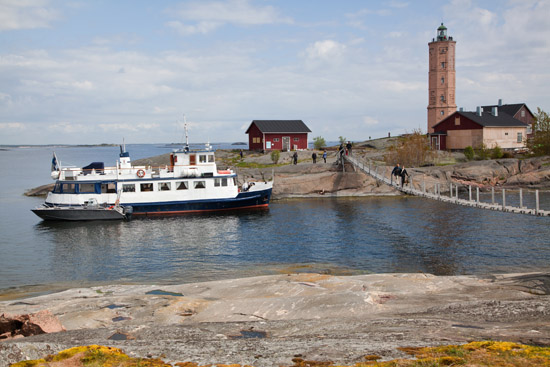 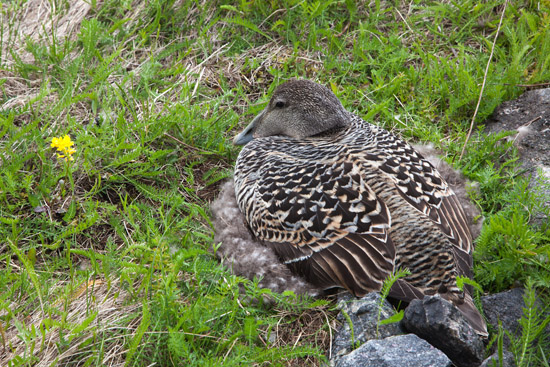 Many parts of the island are roped off to protect well-camouflaged mother eider ducks sitting on their nests. Photo: Tim Bird 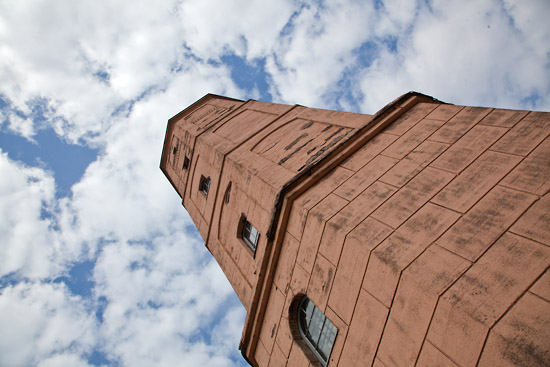 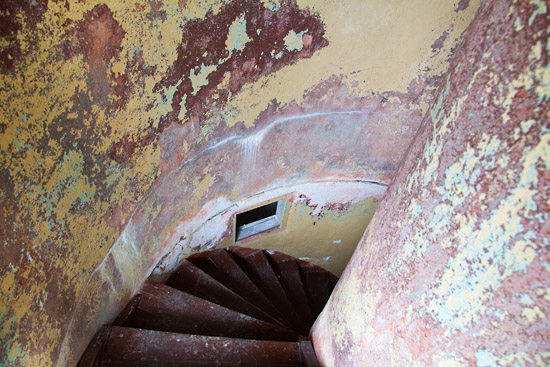 Visitors can climb to the top of the 150-year-old lighthouse. Photo: Tim Bird 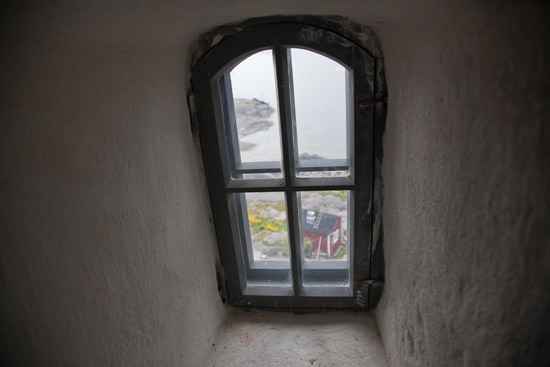 As you climb the stairs, you start to get a feel for the shape of the island. Photo: Tim Bird 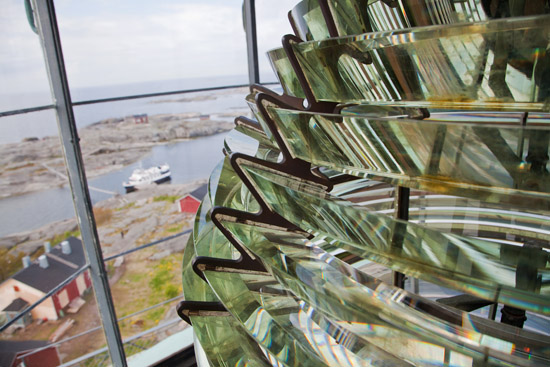 Söderskär Lighthouse is equipped with a large, French-made lens – both lighthouse and lens date back to 1862. Photo: Tim Bird 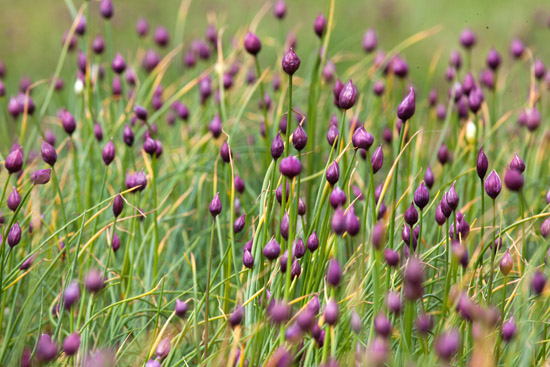 Rugged beauty: Only hardy plants can survive on the rocky, windswept islands this far out in the sea. Photo: Tim Bird 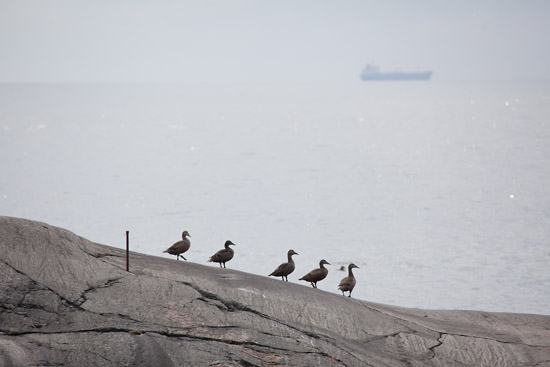 A group of waterfowl watch as a cargo ship chugs past in the distance. Photo: Tim Bird 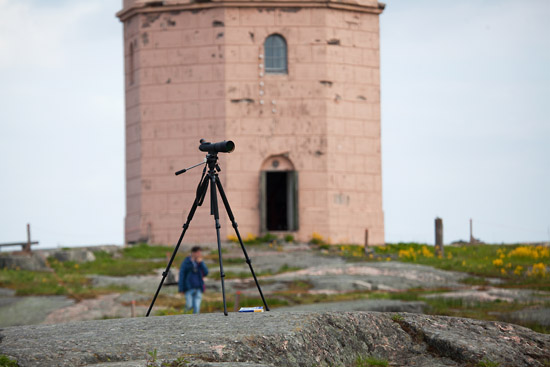 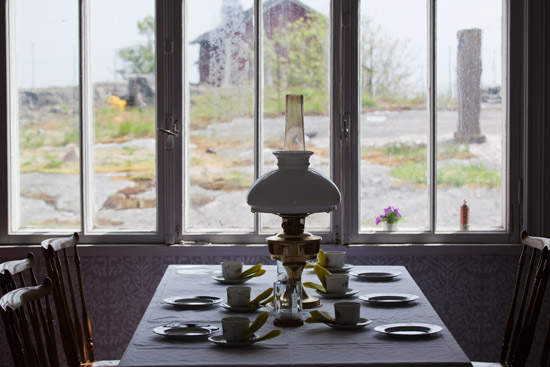 Söderskär possesses plenty of “archipelago atmosphere.” The furnishings are simple but cosy – luxurious in view of the location. Photo: Tim Bird 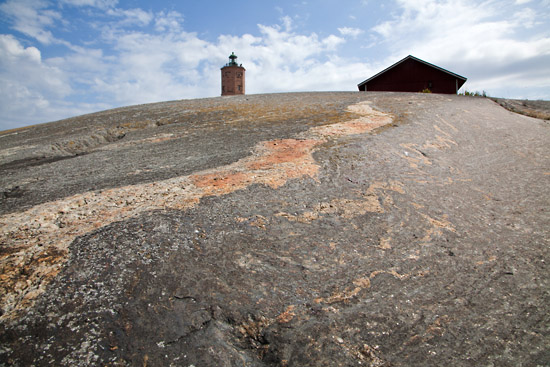 Rock’s-eye view: “The best way to preserve the rich cultural and natural heritage of these islands is to keep them alive and in use,” says senior advisor Tiina Niikkonen of Metsähallitus Natural Heritage Services. Photo: Tim Bird