The Japanese and the Finns have a great deal in common, including design aesthetics and enthusiasm for karaoke.

Lisn Helsinki is the only store outside of Japan to sell the products of Shoyeido, a traditional and respected incense maker with 300 years of history.

From a mutual love of design to a fondness for karaoke and sushi, the Japanese and Finns share a surprising number of passions.

Tucked away in Helsinki’s posh Ullanlinna neighbourhood is a tiny boutique called Lisn, which specialises in high-quality Japanese incense. It is the only store outside of Japan to sell the Lisn product line of Shoyeido, a traditional and respected incense maker with 300 years of history.

Stepping over the threshold is like taking a trip: In lieu of a welcome mat, a flat round stone separates the noisy bustle of the outside world from the oasis of calm found inside the shop. Here, Japanese and Finnish design meet in the minimalist interior, created by well-known Finnish designer Vertti Kivi. (His surname means “stone,” which seems a fitting touch of symbolism.)

“Lisn started as a personal passion,” says Finnish co-owner Sami Hilvo, who is fluent in Japanese. Hilvo and Brazilian-born partner Paulo Silva both worked in Tokyo for many years.

“When we decided to move to Finland, which is well known for its contemporary design, we thought it would be a good idea to combine a passion and a business opportunity,” says Silva.

With 120 different types of incense available, Lisn’s concept is based on the idea that different scents can be used to set different moods ranging from “fresh” to “chic” and “luxurious.” For example, under the category of “natural,” the suggested incense menu is as follows: morning might start off with bergamot, continue with sandalwood in the afternoon, follow with lavender in the evening, and round off with camomile and mint for night. 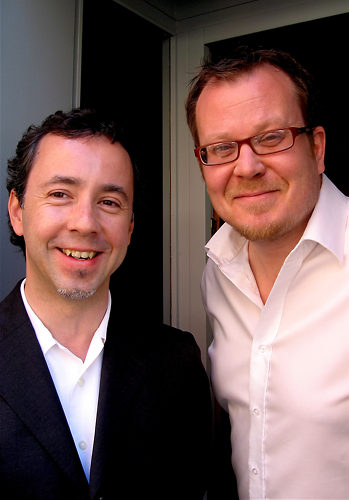 According to Hilvo and Silva, Lisn’s customers are men and women of all ages with one thing in common: “They have an interest in bringing something new and enjoyable to their lifestyles while sharing precious moments with friends, or having a personal moment of calm and quietness.”

In Japanese, the verb “to hear” is used instead of “to smell” when breathing in a fine fragrance. The name Lisn comes from the sound of the English word “listen.”

The duo recently started working with Hotel GLO, Helsinki’s first lifestyle hotel. Scented Lisn bags complement the amenity boxes of each room. A junior suite in the hotel features a Room of All Senses, for which Lisn provided the scents and audiovisuals, with a piece called “Meeting in the Forest” that was developed together with a Kyoto-based group called Rewall.

In addition to the products available at Lisn, Helsinki serves up Japanese culture in other forms. Next door to Hotel GLO is the five-star Hotel Kämp, which turned their popular international brasserie into a high-end Japanese restaurant – complete with a chef from Japan.

Like Lisn, Yume provides a sensual experience. It fuses Japanese and Scandinavian culinary traditions into a menu built around the four seasons. As the seasons change, so do the menu, the wine list, the décor, the flower arrangements and even the restaurant’s website. 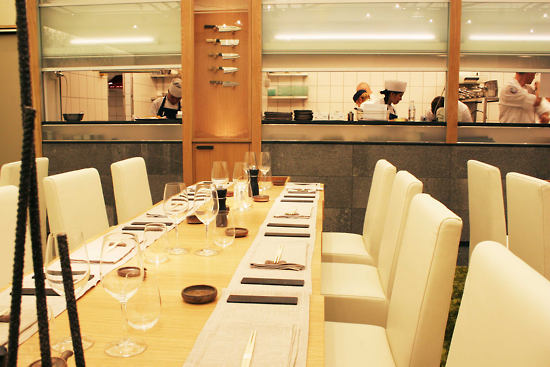 Karaoke, a form of entertainment in which amateurs sing along to recorded background music with lyrics displayed on a television monitor, is a Japanese tradition popular with Finns. A karaoke machine can be found in just about every bar and private coach throughout the country.

It should come as no surprise then, that Finland holds the Guinness World record for the largest number of people singing karaoke at one time: 80,000 people gathered together in Helsinki and sang “Hard Rock Hallelujah,” in May 2006 following Finland’s win of the Eurovision Song Contest by monster rockers Lordi. Further testament to the Finns’ love for this Japanese invention is the Karaoke World Championships, which originated in Finland. This event has grown from a small contest involving seven countries to an annual competition with 30 countries participating.

“Japanese culture, which pays attention to form and detail, has become one of the best products that Japan has to export. It has refined various skills into art forms such as the traditional martial art disciplines of judo and karate, the art of the tea ceremony (chadô), flower arranging (ikebana) and incense (kôdô). More recently the appearance of Japan’s contemporary art forms has been remarkably visible: design, fashion and pop-culture.”

“The marriage between beauty and function is obvious in the design traditions of both Finland and Japan,” says Hilvo. “Something that has been born out of necessity is respectful to its function, clean and calm not only to the eye, but to the soul. Perhaps this also applies to other aspects of life and how we relate to them.”

And as Finns are drawn to Japanese design and culture, the Japanese are interested in Finland.

Not far from Lisn is Kahvila Suomi (“Café Finland”) on Pursimiehenkatu in the Punavuori neighbourhood. The café was the main filming location for last year’s Kamome Diner, the story of a Japanese woman who moves to Helsinki. The film achieved such cult status in Japan that a surge in tourism from Japan to Finland was reported by the main Finnish daily newspaper, Helsingin Sanomat.

Although a shared love of function and aesthetics are among the reasons that Japanese visit Finland, Silva offers another point of view: “The biggest difference between contemporary Japanese and Finnish life is time. Finland and Helsinki still have a feeling of calm and quietness in the lifestyle when compared to Japan’s major cities, such as Tokyo. The growing number of Japanese visitors to Finland may be after exactly this: the calm. I’ve understood that the fast-moving and busy lifestyle of Japan is quite a new thing; the Japanese long for the feeling of calm of yesteryear that they can only find here.”

Top Finnish designers including COMPANY (Aamu Song & Johan Olin), Harri Koskinen, Ilkka Suppanen, Lustwear, Naoto Niidome, Pentagon Design and Syrup Helsinki are working on designing products for the Lisn concept. The results will be displayed in three exhibitions in three cities: Helsinki, Kyoto and Tokyo. The Helsinki exhibition will be held at Lisn Helsinki in September. The Tokyo exhibition will be held at the Axis Gallery, which is in the Axis complex, one of the most important design centres in Japan.

The Japanese and the Finnish share a love of raw fish, and the popularity of Asian cuisine has grown here in recent years. Owned and operated by Yoshio Tamura, Gyosai-Sushi Bar (Runeberginkatu 40B/+358 9 241 3440) is officially the city’s smallest restaurant, with five seats, while Norisushi Bar in the Old Market Hall (Eteläranta 1/+358 9 260 0027) makes great sushi in slightly more spacious environs. Nearby, upscale Raku-ya (Eteläranta 4/+358 9 675 449) features a sushi bar in front and a traditional Japanese restaurant in back, complete with private dining booths made of rice paper. At sushi bar Ichiban (Mikonkatu 8/+358 9 672 345/www.ichiban.fi), tucked away on the second floor, you can get a full meal deal with sushi, miso soup, and tea for about ten euros. Ichiban has a second location on the ground floor of the Kamppi shopping centre. When Japan’s Prince and Princess Hitachi visited town, the Japanese embassy ordered dinner from Kabuki (Lapinlahdenkatu 12/+358 9 694 9446), run by Yoshiaki Takayama, and known as a place where local celebs host parties and considered by many to be one of the city’s best sushi spots.

For karaoke Finnish-style, try Helsinki’s Pataässä (Mariankatu 9/+358 9 626 076) favoured by locals and domestic pop stars alike: Finnish chart-topper Paula Koivuniemi has been known to take over the mike here. A special bonus, all-day and night karaoke on Saturdays and Sundays starting at 9 am. Another Finnish specialty is the Karaoke Taxi (www.karaoketaxi.fi/+358 40 500 6070), which seats up to 12 people and is kitted out with all the karaoke essentials.