The world’s largest gymnastics event happens in Helsinki from July 12 to 18, 2015. It invites gymnasts to perform rather than compete.

Gymnaestrada is all about performances and fun, as this Finnish troupe shows.

The world’s largest gymnastics event happens in Helsinki from July 12 to 18, 2015. It invites gymnasts to perform rather than compete.

Under the theme “Make the Earth Move,” Gymnaestrada is held every four years, attracting people from more than 50 countries, this time to Finland, for a week of performances and fun. It revolves around group performances and is open to participants of any age.

Teresa Anderson from Kamloops in British Columbia, Canada, will be accompanying her daughter Katie, 13, to Helsinki. At the time of writing, they were eagerly counting down the days.

Possibly the biggest party ever 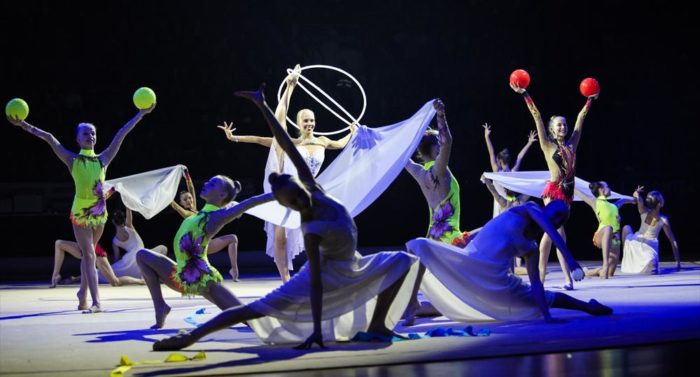 With elements of dance and gymnastics, this Finnish Gymnastics Gala performance shows what visitors can expect at Helsinki Ice Hall, one of the Gymnaestrada locations.Photo: Jouko Keski-Säntti/Gymnaestrada

“Gymnaestrada is about the sheer joy of gymnastics for all, of any ability and any age,” says Teresa. “It brings together people from every corner of the world to participate in something they love. How can it be anything but the biggest party ever?”

Katie agrees: “Anyone can do it, and you aren’t competing against your teammates, you’re performing with them. You don’t have to have a certain skill level. You just have to love gymnastics.”

In addition to the performances, Helsinki itself also forms a draw for the Andersons.

“I’m hoping to see Suomenlinna and try salmiakki [a traditional salty liqourice candy] and sauna,” says Teresa. “The team is looking forward to trying out the Finnish words they’ve been learning. Some of our girls have never been outside Canada, so this really is the trip of a lifetime.”

“And I want to visit the Linnanmäki Amusement Park,” Katie adds.

A teenager from a different hemisphere, Gaëlle is on the Zimbabwean team. The 22 team members, who range from 13 to 25 years old, perform acrobatic dance.

“Gymnaestrada is a special event because of the many cultures present,” she says. “It’s a chance to meet new people, make friends and discover new cultures that you may never have heard of before.”

“We all look forward to discovering Finland, meeting locals and perhaps seeing some monuments while we’re there.” 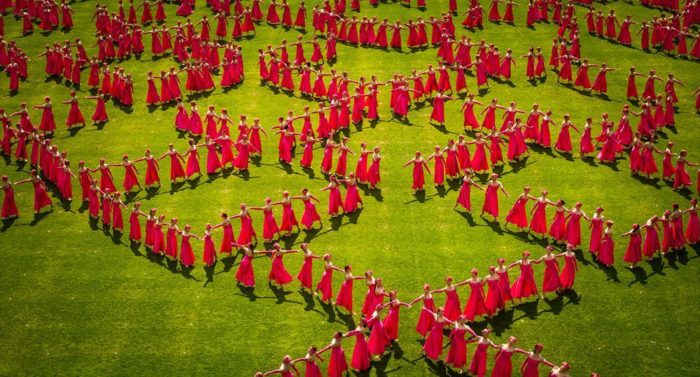 Gymnaestrada in its current form began in Rotterdam in 1953, with the purpose of showcasing the diversity of gymnastics while also building bridges between nations. This is the first time Finland is hosting the event, which is big internationally but not so widely known here.

That is sure to change, however – the sheer scope of Gymnaestrada is hard to grasp. It includes 21,000 participants from more than 50 countries, and some 200 hours of performances take place over just seven days in different venues all over the Finnish capital.

Kirsti Partanen of the Finnish Gymnastics Federation is president of the local organising committee. She has many fond memories of previous Gymnaestradas.

“There was a time when my mother, then in her 80s, myself and my daughter were all performing in the Gymnaestrada the same year,” she says. “Competitions are usually about arriving, competing and then going home. Gymnaestrada is centered on community and sharing experiences. Friendships are forged here between people from different sides of the world. The whole energy of the event is impossible to explain, it really has to be experienced.”