Would you like to digitise your LPs and cassettes, or borrow a sewing machine or a piece of art? All this and many other innovative new services are available to library users in Finland. Originally built to educate citizens, libraries now act as multimedia-equipped public living rooms and even organise outdoor activities.

“A civilised citizenry” – this is the vision that has guided Finnish libraries from the 19th century onwards. You could say that the goal has been achieved, since today the Finns form one of the world’s most literate nations. Library services are municipally maintained, free of charge and guaranteed by law.

The average Finn makes ten visits to library per year and borrows 18 items, according to statistics from 2011. What the numbers don’t reveal is how libraries keep up with the rhythm of a dynamic society. 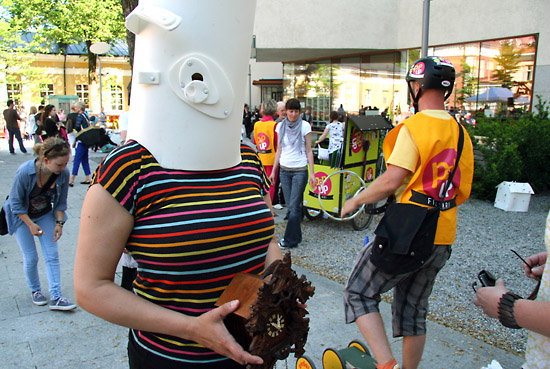 Summer means outdoor activities. In the southwestern city of Turku, the city library goes outdoors, and may even come to you. The cobblestoned yard of the library hosts numerous events during the summer months.

Inside the library, renovation was completed in 2008, and recent years have seen an effort in new services, such as an extensive collection of online newspapers. “In recent years book borrowing has also increased,” says Autere. “The new services and the old ones complement each other.”

Quenching the thirst for knowledge

Helsinki City Library has not missed the boat, either. In 2001 a service was started based on the traditional information-seeking role of a librarian. The internet-based Information Gas Station’s Ask Anything service gives visitors an opportunity to ask literally anything, and the librarians come up with an answer. A reply in Finnish, Swedish or English is promised within two weeks.

So far the service has pondered the answers to thousands of questions. Even though the internet and other technology has made information more accessible than ever, the Information Gas Station’s question archive reveals that there is still need for a specialist to put it all together.

Another kind of specialist hosts weekly sessions in Espoo, located just west of the Finnish capital. The Sello Library has hired an unusual therapist for children with reading difficulties.

Börje, a reading education assistance dog, devotedly wags his tail and looks supportive. The furry assistant is always willing to meet children with their favourite stories. He’s also very popular among grown-up library users as well, and he maintains a blog that offers fun reading exercises. 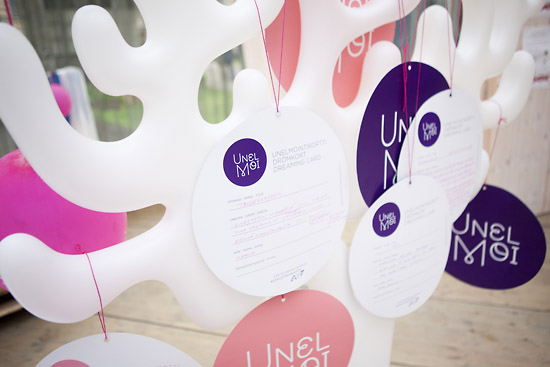 The project for Helsinki’s new central library stands under the heading “Dream!” Library users’ visions are an important part of project planning and they have been gathered both online and in workshops.

Katja, 25, closes her eyes. “It is like the feeling of peace in the forest.” She imagines a wide area with a cosy atmosphere and comfortable furniture. According to other visionaries the library of the future should offer “hugging days,” “ticket to joy” or “canoes to lend.”

The dream will be ready in 2017, when Finland celebrates its 100th independence day. It seems that the future of libraries holds an unlimited amount of variation, activity and colour.