“Only together can we get through these things,” said Finnish President Sauli Niinistö.

This card among the flowers in Turku reads, “Peace and love, no violence, Finland.”

He was referring to the knife attack in the southwestern Finnish city of Turku on August 18, 2017. Two people died and eight others were injured, some of them bystanders who jumped in to try to stop the perpetrator. The police put an end to the attack by shooting the perpetrator in the leg; they arrived on the scene just three minutes after receiving the first emergency call.

“Hate must not be answered with hate,” said Prime Minister Juha Sipilä. The police are investigating the attack as an act of terrorism.

Niinistö stated that “Finland’s success, Finland’s strength, is based on our ability to work together, to allow space for different viewpoints. Without labelling or blaming.”

He emphasised that rule of law continues to prevail in Finland, with its deep democratic traditions and legal system. “The peace of our society strongly depends on our confidence in the authorities and the justice system,” he said. 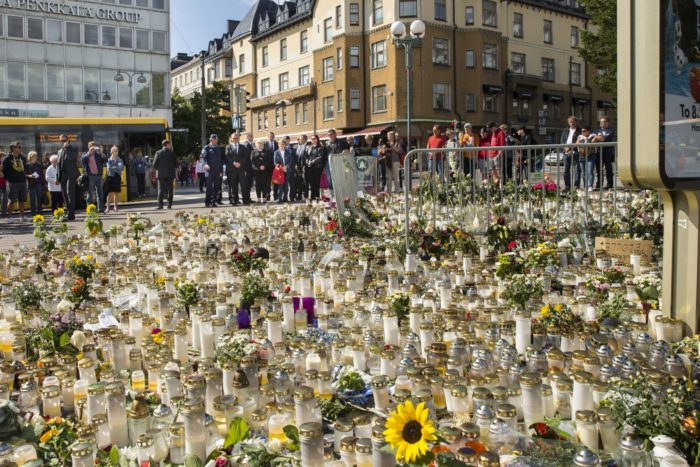 A sea of flowers and candles commemorates the victims on Market Square in the southwestern Finnish city of Turku. Photo: Roni Lehti/Lehtikuva 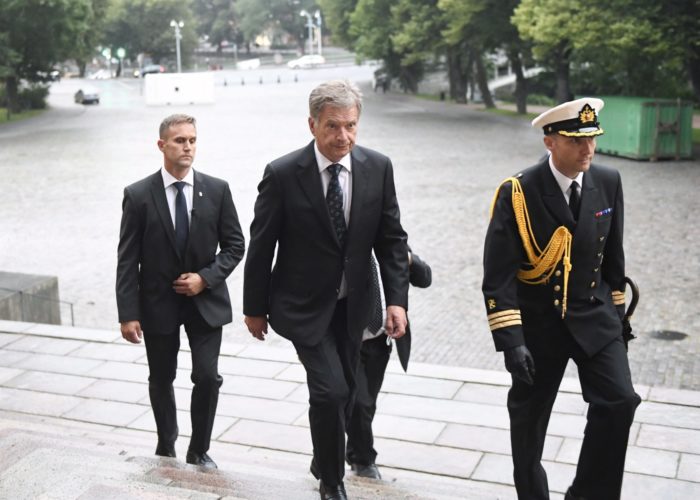 Finnish President Sauli Niinistö (middle) climbs the steps of Turku Cathedral on August 18, 2017 on his way to a prayer service for the victims. He later offered his support, saying in a statement that we all share in the loss felt by the victims’ families. Photo: Vesa Moilanen/Lehtikuva 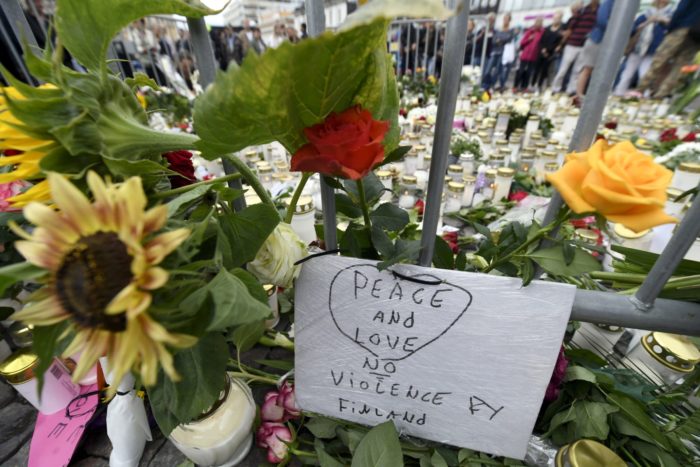 This card among the flowers in Turku reads, “Peace and love, no violence, Finland.” Photo: Vesa Moilanen/Lehtikuva 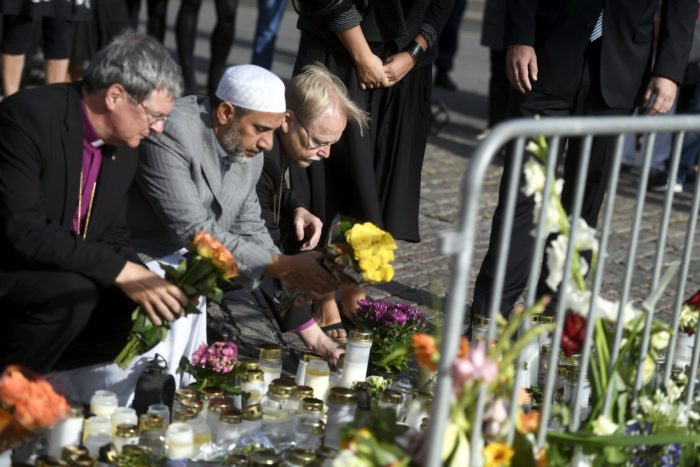 From left: Bishop of Turku Kaarlo Kalliala, imam of the Islamic community of Turku Zaid Esmail and Archbishop of Finland Kari Mäkinen lay flowers on Turku’s Market Square on August 20, 2017 before joining in a moment of silence. Photo: Vesa Moilanen/Lehtikuva 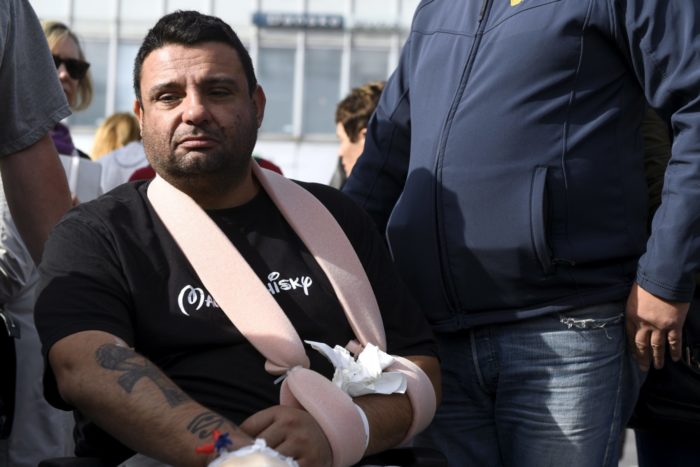 Hassan Zubier of Stockholm, Sweden, sustained wounds as he tried to help save another person from being stabbed in Turku, Finland on August 18, 2017. He revisited the scene on August 20. Photo: Vesa Moilanen/Lehtikuva 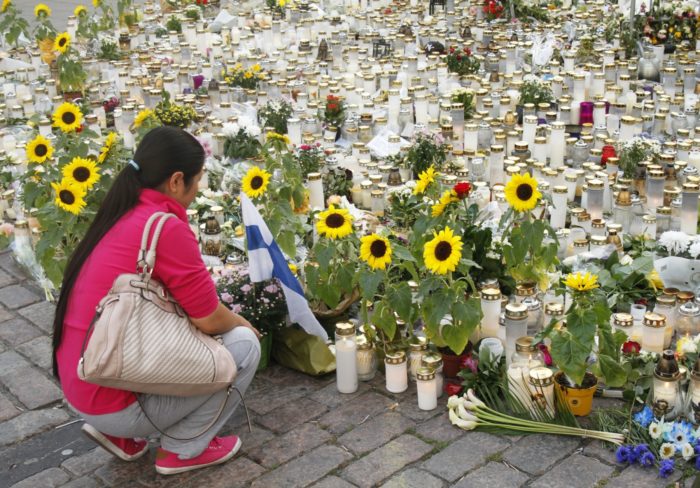 A woman pays her respects in front of flowers that people have placed on Turku’s Market Square. Photo: Jukka Palm/Lehtikuva

What will the 2020s look like? What trends will have the biggest impact on our future? What tensions exist between the various megatrends of our time?