We wander around this magnificent fortress, visiting the Snow Hotel, the Snow Restaurant and the Snow Chapel while pondering the meaning of ice.

Bears made out of ice guard a Kemi Snow Castle hallway. (An uncropped version of this photo is included in the slideshow below.)

A snow castle rises each winter in Kemi, a northern Finnish town at the top of the Gulf of Bothnia. Our slideshow takes you into the castle’s passages, hotel, bar, chapel, sculpture gallery and more.

Each year the town of Kemi witnesses the construction of a castle made of snow. In an idea that was brought to life for the first time in 1996, the fortress is built on the coast, with a new floor plan and different towers each time. The ice for the furnishings and decorations is pulled from the Gulf of Bothnia, the northernmost area of the Baltic Sea.

What started out as a novelty – why not spend a night sleeping in a hotel made of snow – now forms a tradition, not to mention a huge tourist event, drawing about 100,000 visitors each year. About 1,500 of them stay overnight in the Snow Hotel. This slideshow demonstrates the true meaning of “on ice”, and will preserve the cool atmosphere of the castle long after it melts (usually in mid-April). 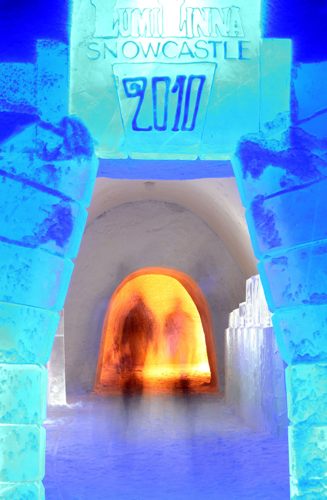 Enter here: Kemi has constructed its Snow Castle at the top of the Gulf of Bothnia every year since 1996. Photo: Tim Bird 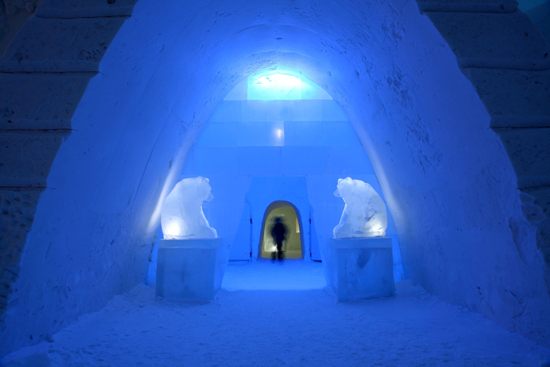 Walk past the watchful eyes of these bears if you dare. Photo: Tim Bird 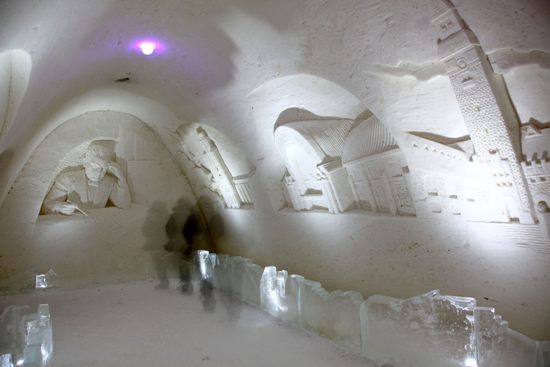 National Romanticism, referring to the art and architecture of the late 19th and early 20th centuries, is the theme of this Snow Castle sculpture hall. Photo: Tim Bird 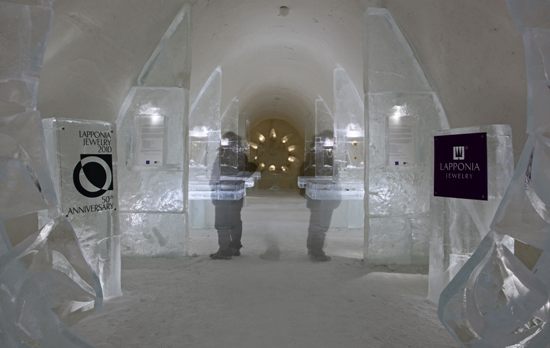 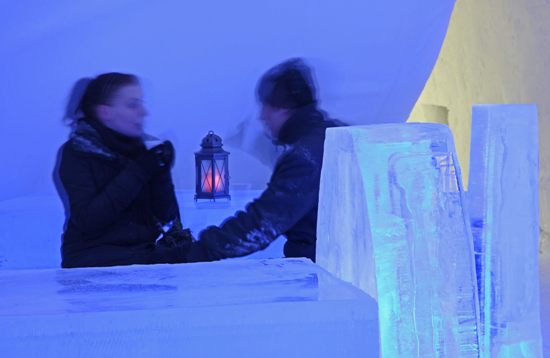 The cold atmosphere doesn’t get in the way of a good time at the Ice Bar in the Snow Restaurant. Photo: Tim Bird 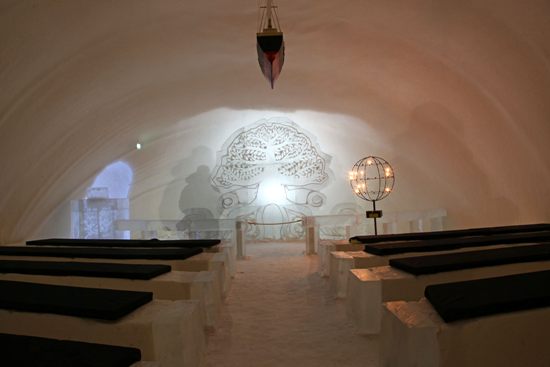 The castle contains a snow chapel, where dozens of couples have gotten married and dozens of babies have been christened. Photo: Tim Bird 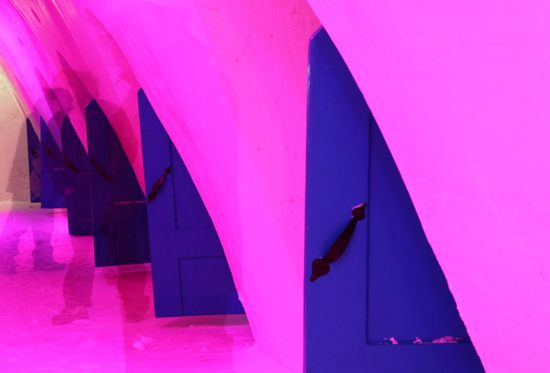 A corridor of doors in the Snow Hotel wing of the Snow Castle. Photo: Tim Bird 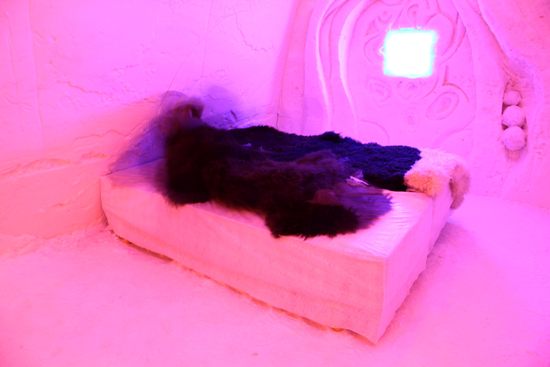 Bedding down or just tossing and turning? The room temperature of five degrees Celsius below zero won’t keep you awake in the Snow Hotel – arctic-standard sleeping bags are provided. Photo: Tim Bird 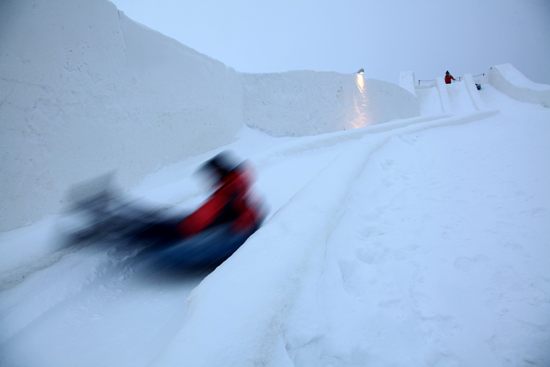 Living on the edge: You can sled along the ramparts. Photo: Tim Bird 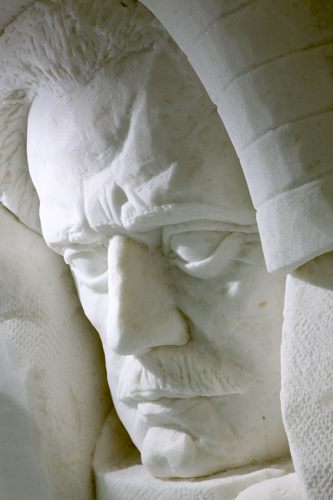 Alternative Sibelius Monument, for a limited time only: When this statue of Finland’s most famous composer, Jean Sibelius, melts in the spring, the better-known Sibelius Monument in Helsinki will just be emerging from under the snow. Photo: Tim Bird 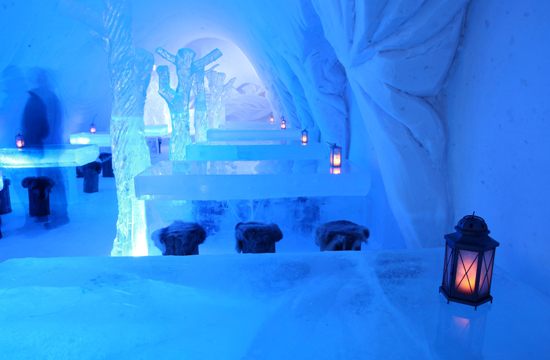 No coat check needed: After touring the castle, warm up in the restaurant. Photo: Tim Bird 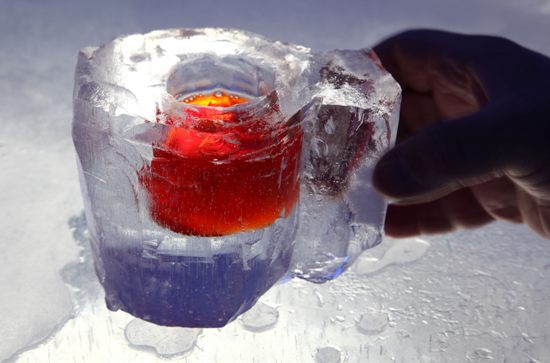 Would you like ice in your drink? Why not just put the drink in the ice instead? Photo: Tim Bird 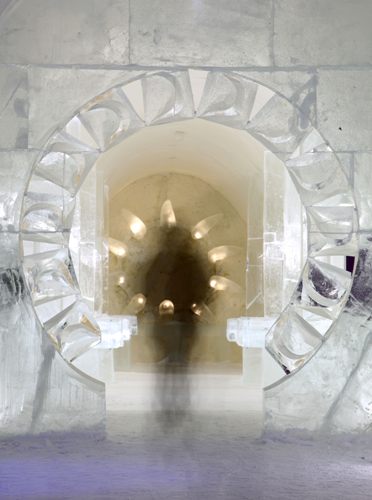 At Kemi Snow Castle the lighting, not just the snow and ice, forms part of the experience. Photo: Tim Bird

In recent years, southern Finland has experienced a prevalence of comparatively mild winters, in line with predictions and observations of climate change. Every so often, though, a series of snowstorms changes the way Helsinki residents look at their city (article includes slideshow).

One of Helsinki’s newest and oldest islands
Life & societySlideshows

Teaching about the environment and climate change forms an important part of the curriculum in Finnish schools. We look at one school that is also taking action by utilising renewable energy.