When American teacher Tim Walker moved to Finland and started blogging about his experiences, he found that he had an audience.

“My relationship with Finland is probably similar to the relationship you have with your family members,” writes American teacher, author and education blogger Tim Walker in his book Lost in Finland (S&S, 2016). “You know all of their annoying habits and their hidden faults, but at the end of the day, you have deep affection for them.”

Walker, now living in the northeastern Finnish town of Kuopio, is in his fourth year in Finland, which does not seem like a particularly long time to those of us non-Finns who have spent several decades in the country. Yet he’s already on his second book: Teach Like Finland: 33 Simple Strategies for Joyful Classrooms is published by W.W. Norton (April 2017 in the US and May 2017 in Europe). 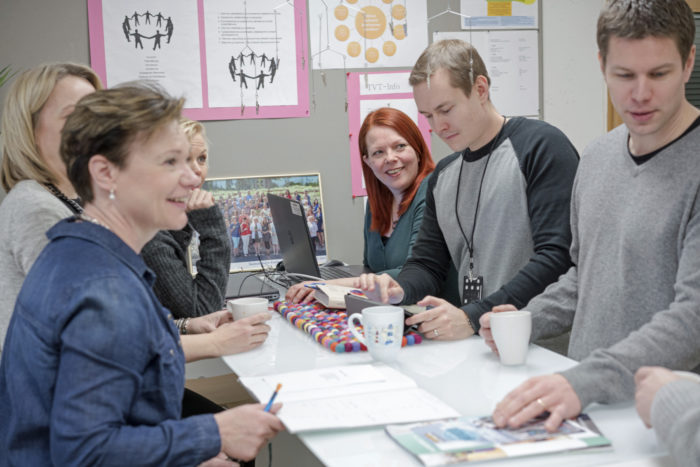 Taking a coffee break: Finnish teachers turned out to be more laidback than Tim Walker had expected.Photo: Riku Isohella/ Velhot/Finland Promotion Board

His impressions of his host country – and especially those related to its education system – have already garnered an impressive amount of Finnish and international attention. Entries on his blog, Taught by Finland, rarely register less than several hundred likes on Facebook, often significantly more, while his online contributions to The Atlantic also reach a wide audience.

So it comes as a surprise to find out that his writing reputation evolved almost accidentally.

“I didn’t have a job when my Finnish wife and I bought one-way tickets to come and live in Finland,” he says. “It wasn’t until I was offered a job as a fifth-grade teacher in a Helsinki public school that I started to think it might be cool to write about Finnish education from within the system – while I still didn’t actually know much about the system. I deliberately restricted what I was reading on the subject so that I could try to be fresh. I had only really read one text on the topic, and that was a book by Pasi Sahlberg, Finnish Lessons: What Can the World Learn from Educational Change in Finland?” 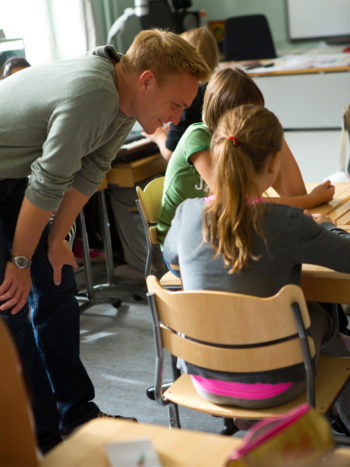 Inside a Finnish classroom: All around the world, Finnish teachers have a great reputation, says Tim Walker.Photo: Riitta Supperi/ Keksi/Finland Promotion Board

Walker might not have anticipated the blog’s popularity, but he knew that a widespread interest in Finnish education existed, especially among Americans. Taught by Finland responded to that interest.

“I could start a blog out of professional interest about the different experiences and lessons I was learning myself,” he says. “Over time, more and more people discovered the blog, and then I began to write more widely on the subject, for example as a contributor to The Atlantic. But I had never seen myself as a writer before coming to Finland. I was experimenting to start with, keeping it as a public journal. But it was nice to see that people seemed to find it interesting.”

Whereas Lost in Finland, which Walker describes as a “fun side project,” deals deftly and amusingly with the perceived quirks and idiosyncrasies of Finnish life, his newest publication, Teach Like Finland, “is a professional book where I can share my expertise as a teacher.” 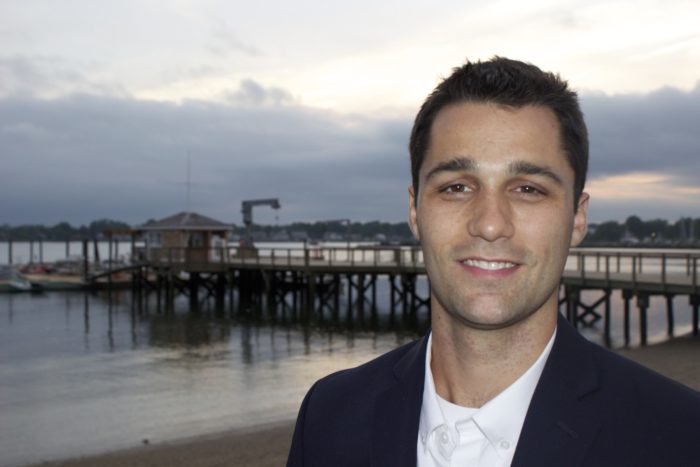 Of his first book, “Lost in Finland,” Walker says, “I wanted to describe my own personal experience of how I found Finns to be.”Photo: David Popa

Perceptions of the Finnish character are often clouded, rather than clarified, by generalised stereotypes. Only someone who had never been to a Finnish rock festival or other public gathering could insist that all Finns are quiet and reserved, for example. While learning about the stereotypes fairly quickly, Walker set out to avoid making deliberate reference to them.

“When I started writing, I wanted to take my anecdotes and personalise them,” he says, “and to tell the reader, this is how I have gotten to know Finnish culture – not to state that these are the stereotypes and generalizations. I’ve read other texts by foreigners who are quite direct in repeating those stereotypes. I wanted to write something that was more open to interpretation that perhaps the reader might connect with. I thought it would be more strategic to write a set of stories. I wanted to describe my own personal experience of how I found Finns to be.”

All around the world, says Walker, Finnish teachers have a glowing reputation for being the best. “One of the things that shocked me was how relaxed Finnish teachers could be. I’d understood they were always on task, never taking a break, and they would be busy all the time.”

His wife had spent time as a substitute teacher and told him that Finnish teachers often go to the lounge, drink coffee, and flick through magazines. “Since I’ve been in Finland, in just about every school I have visited, I have seen teachers doing just that, taking it easy in the lounge,” says Walker. “I also found that I could be more healthy and relaxed if I did the same thing.”

Calling all fans of the Finnish language
Arts & cultureWebpick

Calling all fans of the Finnish language

Hooray for Finnish, with all its grammatical glory and its endless supply of double vowels! April 9 is Finnish Language Day, and also commemorates Mikael Agricola, who is credited with creating the first written Finnish literature.