Admiring beauty and grit in Helsinki

Photographer Taneli Eskola seeks out the places where city and nature meet for the book Exploring Helsinki.

Where city and nature meet: Beside Hakaniemi Square, leaves are turning yellow in Viherniemi Park. (An uncropped version of this photo is included in the slideshow below.)

“This book is an invitation to explore and a tale of places where city and nature meet,” writes Julia Donner in Exploring Helsinki. “This is a game where you can imagine the ordinary city around you to be a garden or a forest.” Though the 162-page work includes a prologue and a four-page summary in English, the bulk of the text, bursting with historical context and literary references, is in Finnish.

The photos, of course, are accessible regardless of your Finnish language skills. “The photographer speaks in images,” the prologue points out. The man behind the camera, Taneli Eskola, does just that.

The collection combines city grit and the beauty of nature, often in the same frame: A sapling sprouts from the crack at the base of a wall; snow swirls around pedestrians walking through a park while a caravan of buses drives past; pink spring blossoms contrast with the peeling green paint on a run-down shed.

The photos present details from cityscapes, rather than all-encompassing panoramic views. The subjects and cropping suggest continuing stories and show that nature also has a place in the city. Real textures and unexpected perspectives hold the viewer’s interest far better than glossy postcards. 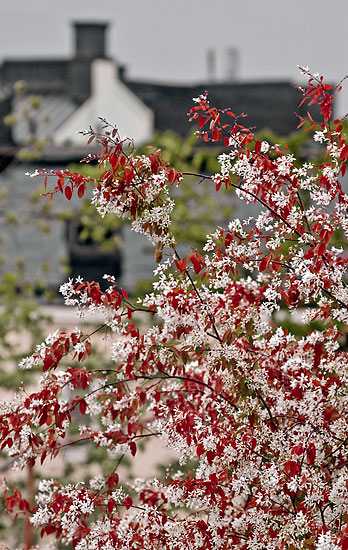 Flowers bloom on a tree in Alppiharju, a neighbourhood north of downtown Helsinki. Photo: Taneli Eskola 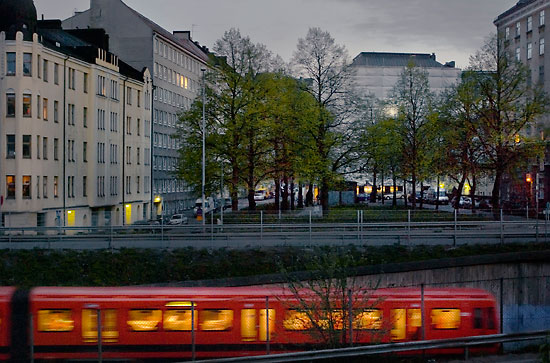 In Sörnäinen, northeast of the city centre, a metro train speeds past. Photo: Taneli Eskola 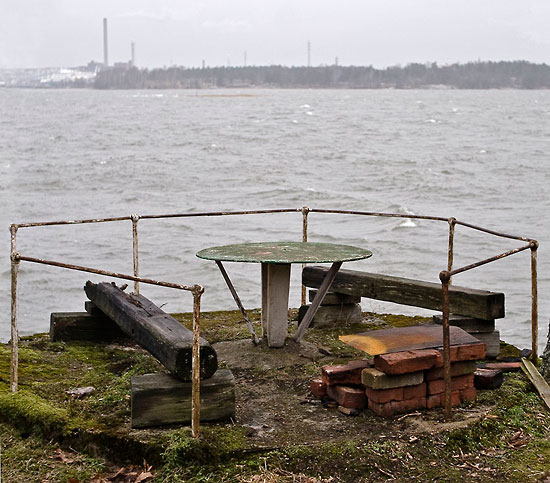 Who’s been here? Someone has a picnic spot at Kruunuvuori in the eastern suburb of Laajasalo. Photo: Taneli Eskola 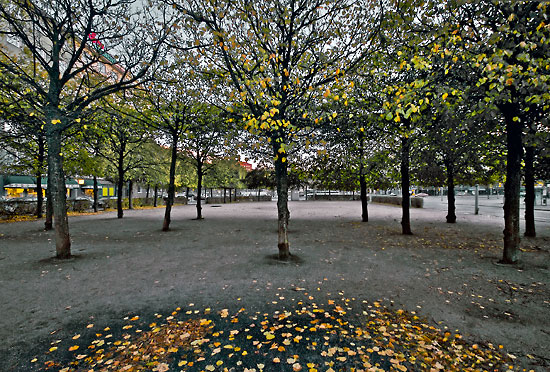 Autumn is coming into view in Viherniemi Park in the central neighbourhood of Hakaniemi. Photo: Taneli Eskola 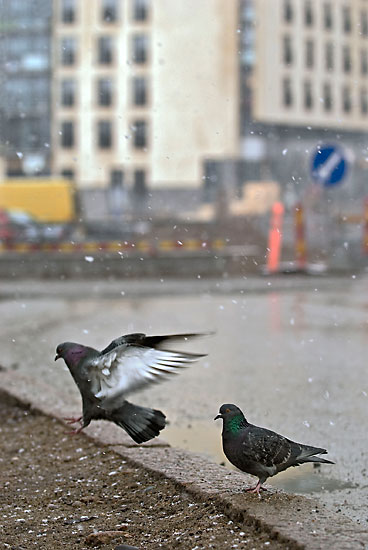 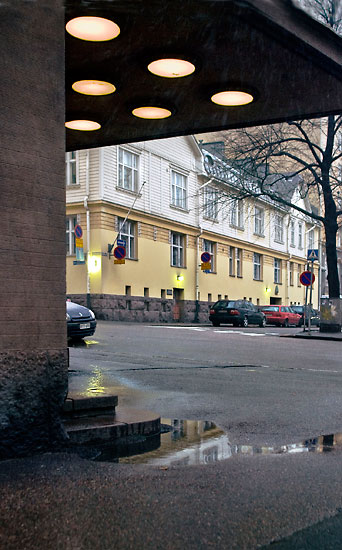 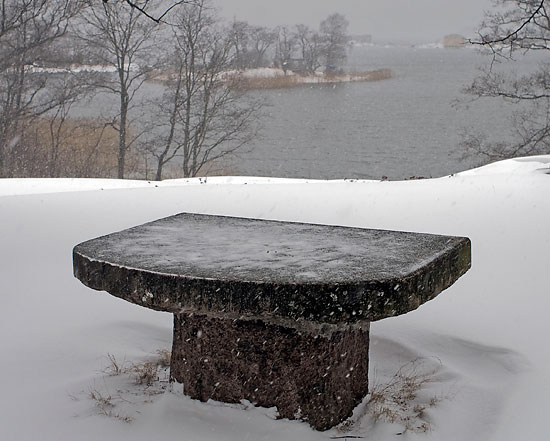 A stone table holds out against the cold in the western neighbourhood of Lapinlahti. Photo: Taneli Eskola 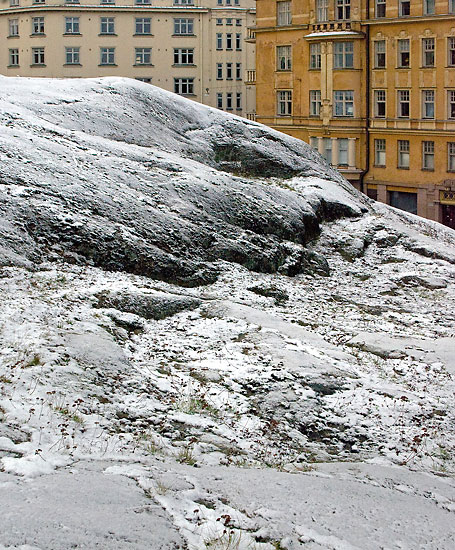 Like much of Helsinki, the neighbourhood of Töölö is built on and around a rocky landscape. Photo: Taneli Eskola

Waves smooth the sand at Uutela, an area on the far eastern edge of the Helsinki region. Photo: Taneli Eskola