The Finns’ age-old holiday decoration himmeli is more “in” than ever. We take a closer look and talk to a himmeli maker.

The himmeli, the quintessential Finnish Christmas decoration, combines elements of geometry and architecture into graceful patterns and shadows.

The himmeli, a traditional Finnish holiday decoration made out of straw, remains popular today. We take a closer look at the ornament’s many forms and talk to himmeli maker Eija Koski.

Although the root of the word “himmeli” is Germanic – in Swedish and German himmel means “sky” or “heaven” – and different versions of this straw mobile can be found in other Nordic countries, the himmeli is considered the quintessential traditional Finnish Christmas decoration. 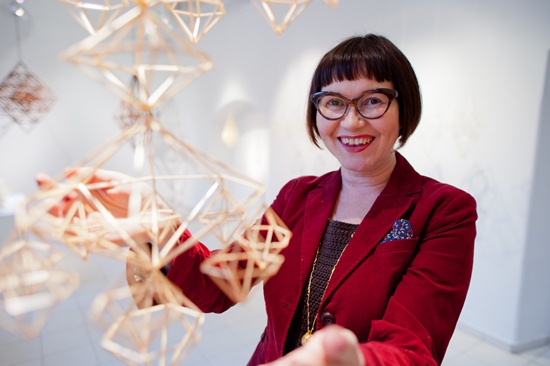 Eija Koski shows off a himmeli she made at an exhibition held by Verkaranta Handicrafts and Design Centre in the city of Tampere. Photo: Emilia Kangasluoma

Back in the olden days, himmelis hung above dining tables to ensure a good crop for the coming year, and stayed on display from Christmas till Midsummer. The structure of a himmeli – especially a bigger and more complex one – is visually striking, with geometrical shapes made out of hundreds, or even thousands, of pieces of straw.

According to connoisseurs the best himmelis are made out of rye, the grain with the longest and sturdiest stems. A well-kept himmeli can last up to a hundred years. In modern interpretations, the materials vary from plywood to paper and even plastic straws. Recent years have seen a himmeli boom in Finland. 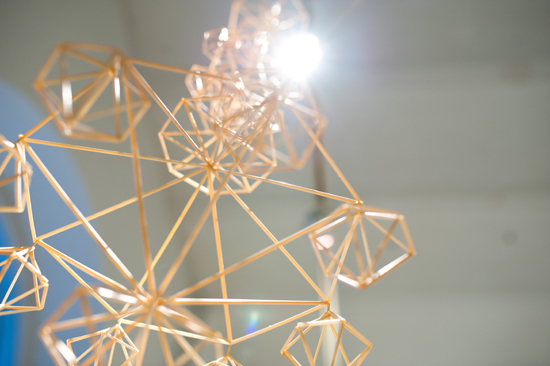 Himmeli maker Eija Koski’s childhood memories go back to her aunt’s farmhouse in Finland’s Northern Savo region, where a himmeli was always on display for Christmas.

“I remember how I used to stare at the himmeli slowly swaying with the draft while the adults were just talking,” says Koski. “I became enchanted by it!” Twenty years later Koski went to a course on how to make a himmeli. “At that moment I just knew that this was my thing!”

Eventually she became a himmeli artist and she is currently fully dedicated to himmelis: She travels round the country teaching courses, she has shown her work in innumerable exhibitions and her book, Himmeli (published by Maahenki, 2012), is in its third printing.

According to Koski, the himmeli boom is part of the slow movement. “I think people are looking to reconnect with their heritage,” she says. “Artisanal handicrafts are becoming more popular.” Often the himmeli-making courses are attended by “urban-style youngsters, and not just women but also men.”

Koski, who lives in a farm near Vaasa, on the west coast of Finland, uses only organic rye from her own field to make her himmelis. She selects and hand cuts her own rye straws. Even though himmelis seem quite geometrical and architectural, “it’s easy to become addicted,” she says. Many designers consider the himmeli more of a sculpture than an ornament.

Japan and Finland joined by a himmeli 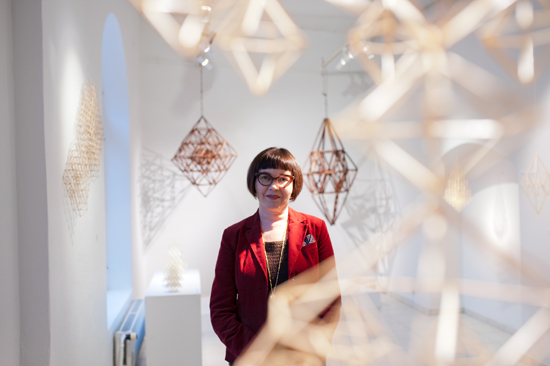 A few years ago Koski received a call from Japan asking if she would be willing to host a Japanese graphic designer who is interested in himmelis. “Well, you can imagine that I was quite surprised at that call!” Koski explains enthusiastically.

Mutsuko Yamamoto travelled to Vaasa from Sapporo, the northernmost island of Japan, and spent three days as an apprentice at Koski’s farm.

Yamamoto first spotted a himmeli in the window of the Artek design shop in Helsinki during a Christmas visit. Subsequently Yamamoto became a himmeli artisan, and also teaches the craft to others. Himmelis seem to strike a chord with people in Japan. Yamamoto’s himmelis have even been on display at a Finnish design shop in Tokyo.

Koski, who has a himmeli in every room of her home, “could not imagine Christmas without them.”