Children get ready for a procession in honour of Saint Lucia at the New York Finnish Lutheran Congregation, part of their annual Christmas sing-along event.

Each year, traditional Christmas songs bring together the dispersed Finnish community in New York. Our reporter visits the event, and a US-based Finnish musician compiles a Top Five playlist (link below).

Greenwich Village in Manhattan, known for its jazz venues, celebrity-inhabited brownstones and collegiate bars, is also home to the New York Finnish Lutheran Congregation. Its bimonthly services are usually attended by a small group of devotees, but once a year, roughly 300 people crowd in these pews to partake in a seasonal tradition: a sing-along of Finnish Christmas songs.

Accompanied by an organ, members of this immigrant community form a solemn chorus of varied ages and accents as they recall the melodies of their childhoods. Children shift in their seats, candles emit fine strands of smoke, and the honks, shouts and clicks of heels on the surrounding streets seem to disappear.

“The atmosphere makes you feel like you’re back in Finland,” says Harri Rehnberg, who has lived in New York since 1998. 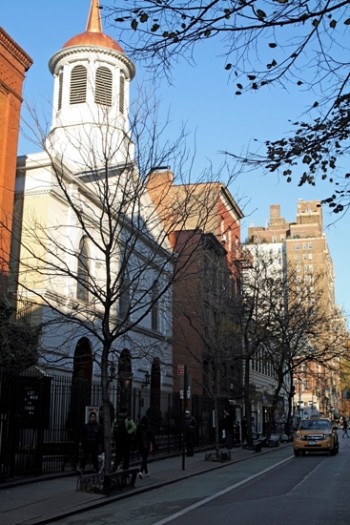 Much has been said about the Finnish preference for slow tempos and minor keys. While American holiday tunes focus on mistletoes and silver bells, Christmas songs in Finland are usually more meditative; many are also church hymns. Often noting the harshness of winter or describing Christmas as a day of reflection, a thread of spirituality runs through Finnish evergreens.

“Christmas in Finland is a family-oriented holiday that arrives at a dark time of the year,” says Finnish Lutheran Congregation pastor Tiina Talvitie, whose surname just happens to mean “winter road.” “Through these songs, we remember the ways in which we used to celebrate as kids. A lot of people want to keep these traditions alive for their own children.”

Rehnberg, who is married to an American and has a four-year-old daughter, says that becoming a father has drawn him closer to the local Finnish community. “It’s good for my daughter to hear Finnish so that she doesn’t think of it as some secret language invented by her dad.”

The event wraps up with a distribution of candles and the singing of “Silent Night” in Finnish, Swedish and English. 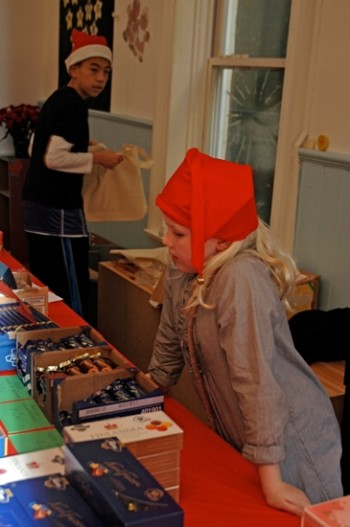 Another part of the service is a children’s Lucia procession, held in honour of Lucia Day, a Scandinavian December tradition officially celebrated on December 13.

As the congregation sings “Santa Lucia,” the children walk down the aisle, dressed in white robes and clutching electric candles. Many are students of the New York Finnish School, which organises a Christmas bazaar in conjunction with the sing-along. Rice porridge, wool socks and Fazer chocolate are among the items on sale.

“This is the largest fundraiser of the year for both the school and our congregation. We don’t earn money from taxes like congregations in Finland, so we depend on donations,” says Talvitie. The sing-along and bazaar take place every year early in the Christmas season.

“Our holiday songs often display a thorough sense of musical expertise in their composition,” he says. “Many of them are also based on real poetry – there’s beautiful prose and a strong sense of structure in them.”