Christmas by candlelight: The Finns use candles to help create a holiday atmosphere when it’s cold outside.

An American learns what the Finnish concept of Christmas Peace means, in the process discovering many ways of celebrating the holidays in Finland.

Coming from the US, a country where shops, restaurants and entertainment centres are open during Christmas, my first Finnish Christmas was a culture shock to say the least. When Christmas Peace is declared, they really mean it. At noon on Christmas Eve, Christmas Peace is officially proclaimed in a ceremony in Turku, a tradition dating back to the 1300s. Many Finns watch the event on TV as the bells of Turku Cathedral ring. 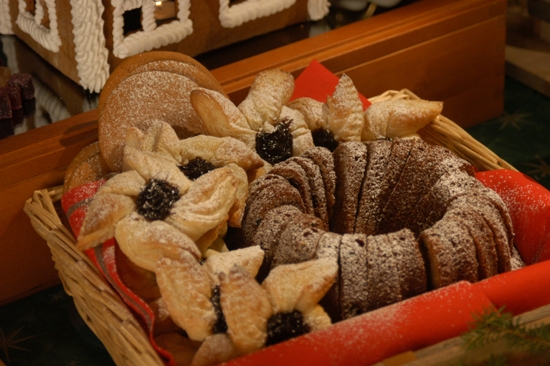 For many, the smells of gingerbread and star-shaped pastries bring back a flood of Christmas memories.Photo: Visitfinland

Back in 1982, my fellow foreign students and I were discussing what we would do on Christmas Eve. In those days, all public transportation stopped in the afternoon, and all shops, restaurants and businesses were closed. Fortunately, a group of Finnish students took us in their cars to an apartment in Espoo, outside Helsinki. Paul from Texas brought burritos, Georgi from Bulgaria brought wine, Adriana from Italy brought pasta, and I brought a “California salad” that I put together from leftovers I found in my fridge.

The Finns brought some traditional Christmas casseroles and voilà, we had our own feast. Georgi played the guitar, the Finns taught us some of their Christmas songs, and we had a lively discussion until late into the night. “That was certainly unselfish of you to give up your family Christmas for us,” Paul said. “Well, it wasn’t completely unselfish,” replied Timo. “We were just happy for an excuse to get away from the family for a while.” 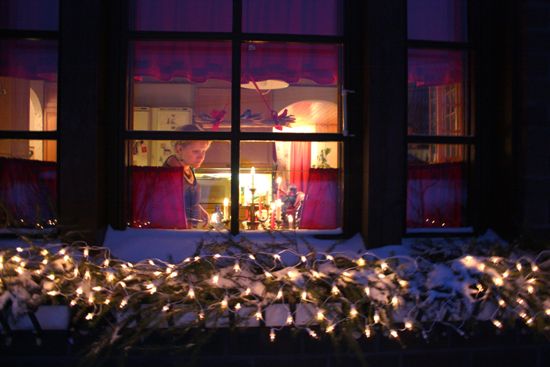 Warm windows: It can be fun to admire everyone’s Christmas decorations and imagine the celebrations going on inside people’s houses.Photo: Jani Koskinen/Lehtikuva

The next few Christmases I spent with a friend or two. We would warm up smoked turkey and a few other goodies, drink a bit of Christmas cheer and take a long walk. It was amusing the see all the Christmas decorations and look in through the windows at the family gatherings. Actually, we were a bit envious.

One year I noticed that a couple of restaurants were opening their doors for Christmas Eve. I hadn’t anything special to do that night, so I wandered into one of these watering holes. I think there is nothing more pathetic than being alone in a bar at this special time, so I went home after just one hour. However, the next year a couple of friends joined me and we found a pub with live music, and then went to a restaurant with dancing and late night meals. It was a pleasant evening, but something seemed to be missing. 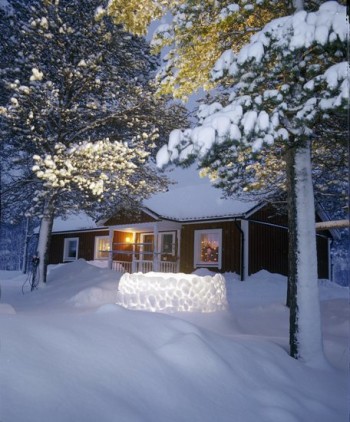 Those lucky enough to have a country cottage may retreat there for the duration of the holidays.Photo: Visitfinland

After I got married and had kids, things changed. I was now the person I had seen through the windows earlier when taking Christmas strolls. Now I was sending postcards, buying gifts, picking out a tree, hanging decorations, organising the menu, putting on the holiday music, playing seasonal games and making Christmas goodies with the kids.

Christmas Eves were often spent at the in-laws house in the countryside, where a proper Christmas sauna was waiting. A real Christmas table would be set, with a rosolli salad (made from beets, not bad), various root casseroles (a little is enough), lutefisk (not really food), rice porridge (boring), freshly smoked ham (terrific), fish roe (yes), herring (tasty), home beer (it’s not actually alcoholic) and fruit compote (it’s edible). After the meal we’d take a walk in the forest so we had room for more food.

A hired Santa would later emerge to give the kids their presents. Then Christmas carols would be sung – mostly out of tune. After that followed the tradition of going to the graveyard and lighting candles at relatives’ graves (even when it was minus 25 degrees Celsius (minus 13 Fahrenheit). Later we cleaned up, had another sauna, watched special Christmas programmes, played cards, discussed nonsense and enjoyed strong Christmas drinks.

Those were interesting times, but now, I’m divorced and usually celebrate Christmas with my daughter. We don’t go to a huge amount of trouble decorating or making heavy meals – we do just as much as we like. And I enjoy that. Perhaps now I have learned the meaning of Christmas Peace.