Go ahead and jump!

Finns are passionate about ski jumping: some get their thrills soaring off a slope at more than 100 kilometres an hour, while others cheer on their national champions from the comfort of their sofa.

Happy New Year to all winter sports fans! Our love for ski jumping has inspired a little New Year’s gift for you. Here you go: an emoji immortalising all-time ski jumping legend Matti Nykänen. The most successful ski jumper in history wears his suit from the 1988 Calgary Winter Olympics in his very own emoji. 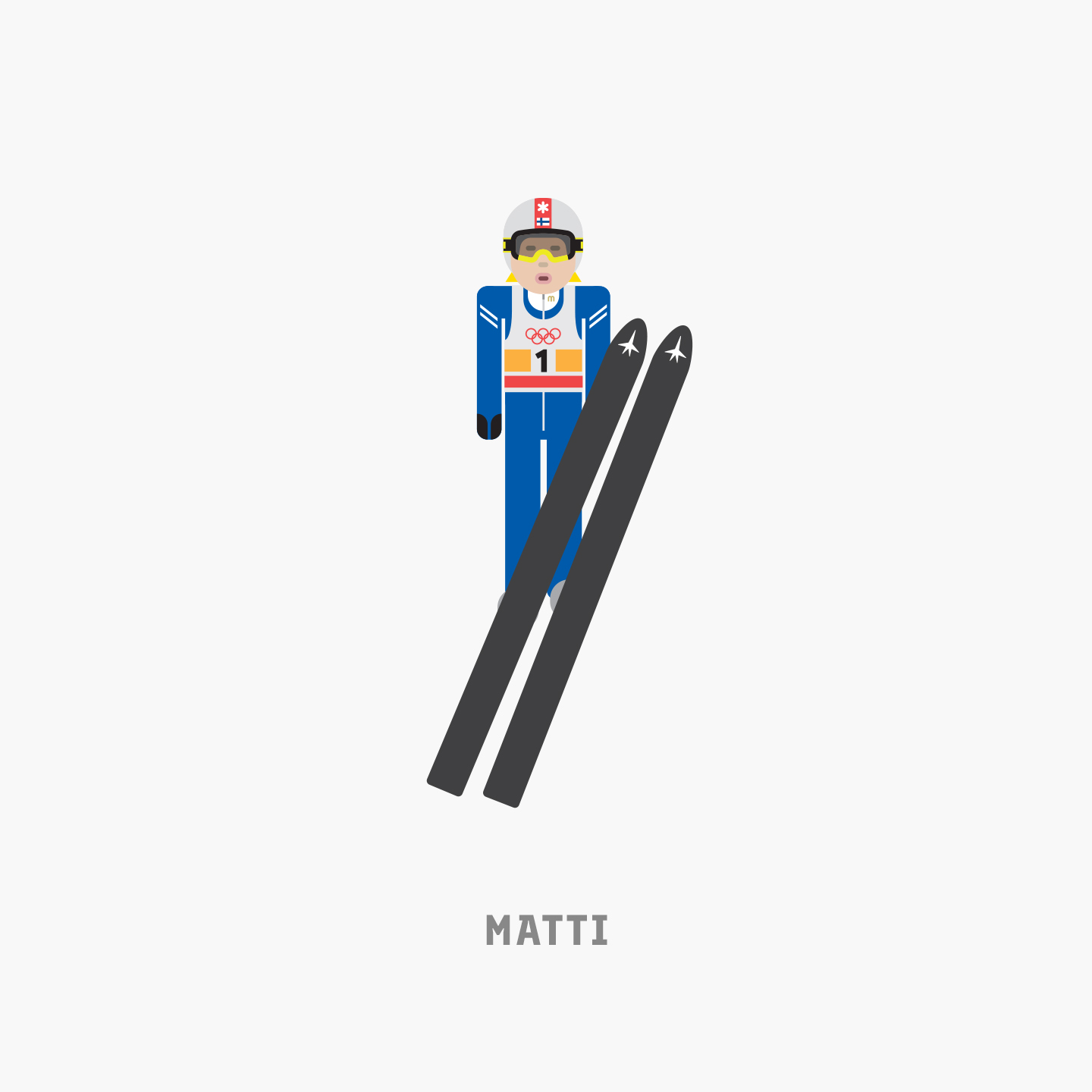 Matti Nykänen has said that “life is a person’s best time”. We couldn’t agree more!ThisisFINLAND

Released during the European Four Hills Tournament, the emoji honours not only Nykänen’s astounding athletic career but also other Finnish men and women who excel in the sport – in the hope that this symbol will help encourage them to new heights.

Nykänen’s emoji brings him into a prestigious group as only three of the 30 Finland emojis depict world-renowned Finns. The two previous individual emoji figures represent the peace mediator and Nobel laureate Martti Ahtisaari and Formula One racer Kimi Räikkönen.

Matti Nykänen is not just a world-known ski jumper but a one of a kind verbal virtuoso. He has introduced some of the well-used catchphrases for the Finnish language. It is not rarely we say “every chance is an opportunity” or we estimate the percentages with a “fifty-sixty” share. One thing we know for sure: “life is life”. (We know, they don’t make much sense in Finnish either. But we still love his sayings!)

This month Finland became the first country to issue its own set of national emojis. These tongue-in-cheek images illustrate Finnish emotions and strengths, as well as vices, and are part of our Christmas calendar 2015 at xmas.finland.fi.

The Finland emojis can be downloaded for Android devices from Google Play and for iOS devices from the App Store. The Nykänen emoji will be updated for iOS slightly later. Emoji stickers are also available for all devices from the Christmas calendar page. The emojis are also featured in the following apps: iMoji, Jongla, Futurefly and gotIT.

More Finland emojis will appear next spring, as the summer collection is unveiled. Finland emojis are digital stickers that are visible on all devices, even if the recipient has not downloaded the emoji set.