Warming up: Belinda Brunfelt tests the sound of her kantele onstage at Kaleva Hall, a Finnish American activity centre in Virginia, Minnesota.

As Finns prepare for the holiday season, we visit the US to see how Finnish customs and Christmas traditions are enduring in small-town Minnesota.

In northern Minnesota, Finnish roots run deep. Finns began emigrating here in the late 19th and early 20th centuries, when the lumber and mining industries were booming. A second wave of immigrants came to mining areas like the town of Virginia, Minnesota after the Second World War.

“Times were hard in Finland, and travel became available again,” says Eila Ivonen, who came to Minnesota in 1953 to meet her grandfather, who had arrived in 1913. She was planning to return to the University of Helsinki, where she had been admitted, but fell in love with an American and decided to stay. “That’s kind of the typical immigrant story,” Ivonen says. “Most of them intended to go back, but something happened.” 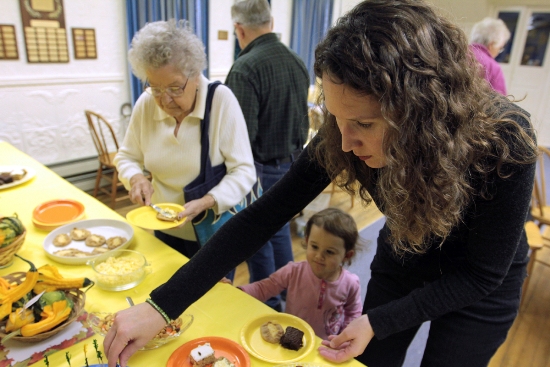 Heather Surla (right) and her friends help themselves to Karelian pies and other delicacies at Kaleva Hall.Photo: Robert Downs

Finnish immigrants looked to assimilate while still preserving their heritage, and those that celebrated Finnish culture near Virginia did it through a place called Kaleva Hall.

The hall has been the centre of Finnish activity in Virginia for more than 100 years. Constructed in 1906 by the Finnish Temperance Society, the hall has acted as a boarding house, a dance hall, a gathering place for the Finnish socialist party and the site of Sunday services for the Unitarian Church (which was also founded by Finns).

The hall was especially important to those who spoke little English. Plays and dances routinely filled its stage, and throughout the 20th century it remained a place to socialise, read or spend a Saturday night.

“My mother wants on her gravestone with my father: ‘They danced a thousand miles,’” says Belinda Brunfelt, a third-generation Finn. “When I was a child, there were Finnish dances here every weekend.”

Now, second- and third-generation Finns are carrying on the practices that their elders taught them. While it gets harder with every generation to pass traditions on, many Finnish descendants are making sure their customs continue. Kaleva Hall forms a home for the local chapter of the Knights and Ladies of Kaleva, a Finnish American service and social organisation. 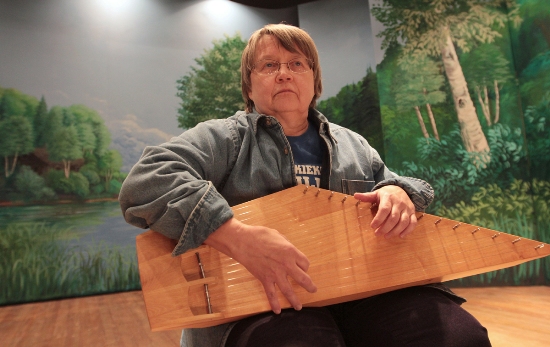 Third-generation Finnish American Belinda Brunfelt, shown here playing the kantele, says, “When I was a child, there were Finnish dances here every weekend.”Photo: Robert Downs

Up north, the Christmas season officially begins with a ceremony at Kaleva Hall, where a man dressed as the mayor of Turku reads the proclamation of Christmas Peace – in both Finnish and English. This mirrors the official declaration ceremony, which happens in Turku on Christmas Eve Day.

On Christmas Eve, graveyards are illuminated by the glow of candles wrapped in bowls of carved ice. Revellers freeze buckets of water until almost completely solid, then dump the remaining liquid from the middle. Candles are placed inside the hollow ice bowl and the flickering orbs illuminate the cemeteries.

Some try to read their own fortune on New Year’s Eve. In a ladle they melt a bit of tin, lower the hot liquid it into water and interpret the metal shapes that emerge from the incompatible mixture as the tin instantly cools and solidifies. The Ladies of Kaleva see their glasses of murky water half full: “Our futures are always bright,” Ivonen says.

The art of being Finnish 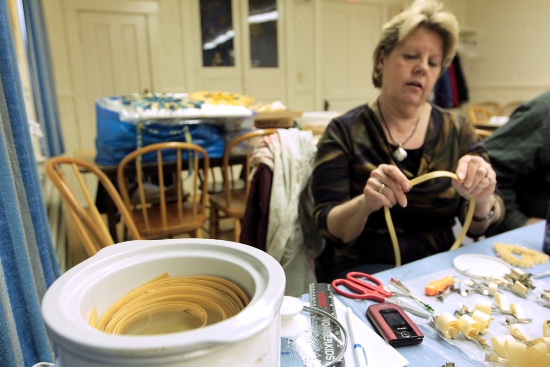 Sharon Panula demonstrates the craft of “lastu,” in which special-ordered pieces of wood from Finland are soaked, cut and shaped into ornaments.Photo: Robert Downs

Sharon Panula is a full-blooded Finnish American, and practices the art of lastu, or wood shaving. She makes mobiles out of special strapping ordered from Finland, soaking the wood in warm water until it is pliable enough to be shaped. Panula sells her beautiful hanging creations at craft sales to benefit the Ladies of Kaleva.

Belinda Brunfelt plays the Finnish national instrument, the kantele, best described as a type of zither or harp. Her collection of kanteles isn’t limited to just her five-, 10- and 15-string models – she also owns a 39-string chromatic concert kantele. She special-orders strings from Finland to keep her instruments sounding good. “The concert kantele is pretty darn hard to play,” she says after plucking a melancholy tune.