Creator of Claus: Animals, elves and a laid-back Santa populate Mauri Kunnas’s illustrated books, a treasured part of Christmas for kids all over the globe.

Books about Santa Claus by writer and illustrator Mauri Kunnas have been translated into nearly 30 languages.

Mauri Kunnas’s lovingly illustrated Santa Claus books are part of Christmas for countless kids in Finland and around the world. Their joyful stories echo the author’s childhood Christmases in a small Finnish town in the 1950s.

Mauri Kunnas is probably Finland’s most widely read living author, as his children’s picture books, published in Finland by Otava, have sold nearly seven million copies around the world. The original Santa Claus book has been translated into 28 languages.

Many of Kunnas’s most popular books feature Christmas festivities in a timeless snowy setting that is home to a laid-back Santa Claus and hordes of fun-loving little elf children.

“I’ve always loved Christmas,” he explains. “It’s an especially big thing in Finland, where the festival is really much older than Christianity.”

He emphasises that his elf characters have their roots in ancient Nordic folklore. “Even if we don’t always realise it, there’s still something very paganistic about the way we mark this very darkest time of the year in Finland – like the way we go to the cemetery on Christmas Eve to visit the graves of our ancestors.” 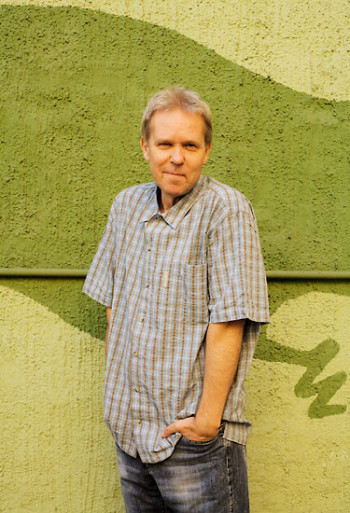 Mauri Kunnas bases many settings in his books on his own childhood home and village.Photo: Ville Juurikkala/Otava

Kunnas grew up in a big wooden house in a small town in southwestern Finland, and he points out that Santa’s home and village in his Christmas books are closely based on scenes from his own childhood. “Here these elves are playing on exactly the same kind of skating rink where I used to play with my friends. And this Santa’s workshop is like my father’s carpentry workshop in our basement – these shelves and wooden toys are just as I remember them!” he says, laughing.

Kunnas’s cheery but slightly doddery Father Christmas is a mixture of the mysterious scruffy wanderer of Finnish folk traditions and the more internationally recognisable Santa. Kunnas points out that the American Santa stereotype is largely derived from 1930s Coca-Cola advertisements illustrated by Haddon Sundblom, whose parents came from Finland and Sweden.

“Christmas hasn’t really changed so much for children since my childhood – though the sacks of presents Santa brings are much bigger today!” he says.

Although Santa traditionally visits Finnish family homes during the waking hours of Christmas Eve, Kunnas never really met him as a child. “He visited us once when I was small, but all I saw of him was his feet, as I was hiding under the bed in terror,” he remembers.

Kunnas identifies more closely with Little Willie, a tiny, kind-hearted elf who features as the central character in Twelve Gifts for Santa Claus, the author’s own favourite book from his Christmas catalogue. 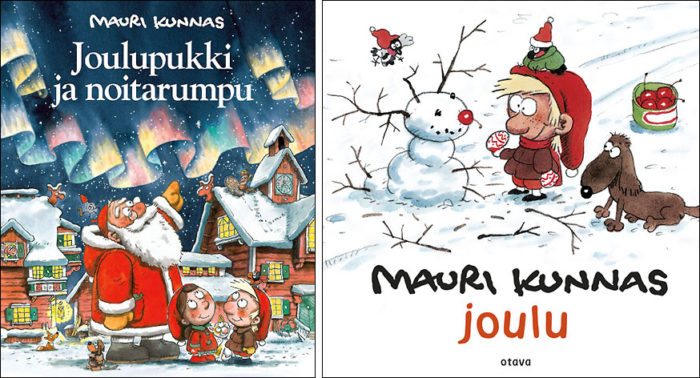 Santa Claus and the Magic Drum (left) is a Kunnas Christmas classic, while Joulu (Christmas) is a brand new book for very young readers.© Otava Publishing

As Christmas approaches again, Santa Claus and Kunnas’s other Christmas stories will be eagerly retrieved from cellars and cupboards in homes around the world. Though there is something quintessentially Finnish about their settings and stories, translated versions have sold like hot Christmas cakes in languages from Chinese to Welsh.

Kunnas insists that he mainly writes and draws for himself, and he seems astonished that his books have proven so popular with children and parents from such different cultures. But these lovingly illustrated stories are so full of fun, warmth and humorous detail that their success comes as no surprise.

In addition to his Christmas favourites, Kunnas has written and illustrated dozens of fictional and educational children’s books, including imaginative adaptations of historic legends and literary works, featuring dogs and other animals instead of people. His best-selling Canine Kalevala is widely credited with making stories from the Finnish national epic Kalevala familiar to modern Finnish youngsters.

Having just fulfilled a long-held ambition by completing a colourful new version of Robin Hood, Kunnas already has plenty of ideas for future projects – even if planning, writing and painstakingly illustrating a book can take the better part of a year.

One of these ideas is to create a history of Finland for children, based on a journey back up the ancestral family tree of Doghill Martha, a popular character from Kunnas’s Doghill Farm series. Another dream, linked to Kunnas’s fondness for 1960s pop music, is to one day produce a book documenting the rise of a familiar-sounding band – the Beagles.