Finland is home not only to Santa Claus, but also to the Nordic countries’ only manufacturer of Christmas decorations.

Row of Santas: The only manufacturer of Christmas decorations in the Nordic region is found in Finland, the home country of Santa Claus.

It has been established without doubt that the only true home of Santa Claus is in Finland, in spite of the scandalous counterclaims of certain Nordic neighbours. So it’s appropriate that the only manufacturer of Christmas decorations in the Nordic region is a Finnish family company.

It is even more fitting that the company, K.A. Weiste Ltd, should have its head office and main factory in the Helsinki suburb of Pukinmäki (Goat Hill), since the Finnish name for Santa Claus is Joulupukki (literally: Christmas goat).

Weiste is very much a family affair, with five siblings still involved in company matters, representing the third generation since schoolteacher Kalle Aimo Weiste got the Christmas tree ball rolling in 1924. Those family members still have homes in the vicinity of the Pukinmäki factory, presiding over a business that has weathered wars and economic downturns for more than 85 years. 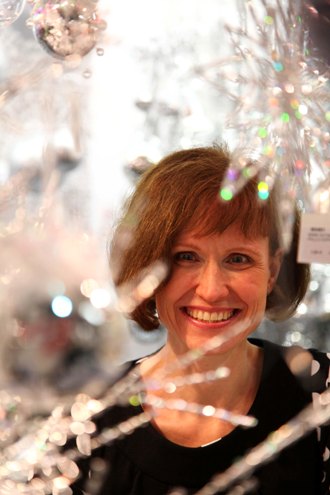 She may have the telltale glint of tinsel on her cheek and the sparkle of a Christmas showroom in her eye, but product manager Helena Friman claims that seasonal decorations are a business like any other. But isn’t it like having Christmas every day? “These are products, this isn’t really Christmas itself,” she says. “And we feel the stress of Christmas long before anyone else.”

It’s mid-November and the first significant snow is gathering on the trees outside the showroom window. A Weiste truck with “Christmas legend” inscribed across it is being loaded with decorative deliveries. The hard graft for this Christmas is winding down; now Friman is anticipating preparations for next year’s season, with the production of a catalogue illustrating 800 individual varieties of baubles, stars and packs of tinsel, as well as participation in trade fairs.

“We make our tinsel here in Pukinmäki, and we are one of the biggest tinsel producers in Europe,” she says, adding that the company has two other facilities, in Hanko and Veikkola. 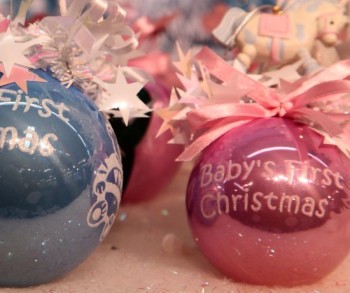 Baby’s First Christmas: These are some of Weiste’s most popular baubles.Photo: Tim Bird

Flagship products include silver stars for the top of the Christmas tree and the very successful “Baby’s First Christmas” coloured bauble sets. Weiste is well known in the domestic market but 80 percent of its production is destined for export, with France and the UK accounting for the majority and other important customers in Russia and Norway.

“The Chinese and other Asian producers are much bigger than us, but we know we are an important producer because the others follow us closely,” says Friman. “If we produce something new, we see that the others will follow. We have concentrated on certain items and on good quality with unique design. Our tree baubles are shatterproof, for example.”

Such attention to detail should banish forever those familiar little Christmas disasters, resulting in tiny shards of coloured glass at the bottom of the tree. But increased durability doesn’t prevent people from buying more Christmas decorations every year. Even the wonderful world of tinsel sways with changing trends and fashions. 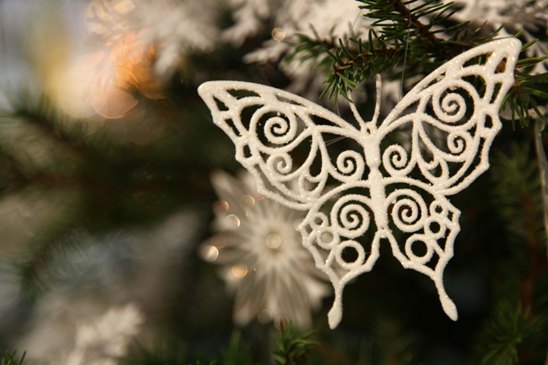 “Of course, there are always Christmas tree baubles, but the preferences for colours change,” Friman notes. “Even so, the most popular colours are the traditional ones – silver, gold, red, snow white. There is also a bigger market for table decorations, not only tree decorations. We play around with snowflakes, reindeer and flowers, for example, and patterns and shapes of tinsel. My own favourite is a filigree butterfly.”

Weiste’s resourcefulness saw it through the war years, when it produced braid and other items for the Finnish army. In any case, as Friman points out, it can be reasonably sure of one thing: recessions my come and go, but “Christmas will always come, every year.”