Disbelief floats away as a real Finnish mermaid called Riia enchants audiences with appearances at spas and swimming pools across the country. She even runs classes for aspiring young mermaids.

Riia the mermaid splashes the water with her tail fins, blows effusive bubble kisses and performs subaquatic somersaults to the delight of the girls attending her mermaid class at Mäkelänrinne Swimming Pool in Helsinki.

Her pupils eagerly don the colourful mermaid tails Riia has brought for them, and quickly learn to swim like dolphins and do underwater tricks just like real mermaids.

Riia comes from Lappeenranta, where she lives beside Lake Saimaa, Finland’s largest lake. On dry land she more commonly goes by the name of Anni Perttula, though water is clearly her true element: “I’ve lived by water all my life, and I’ve always loved swimming, even in the winter,” she says. “I get a bit anxious when there’s no water nearby.” 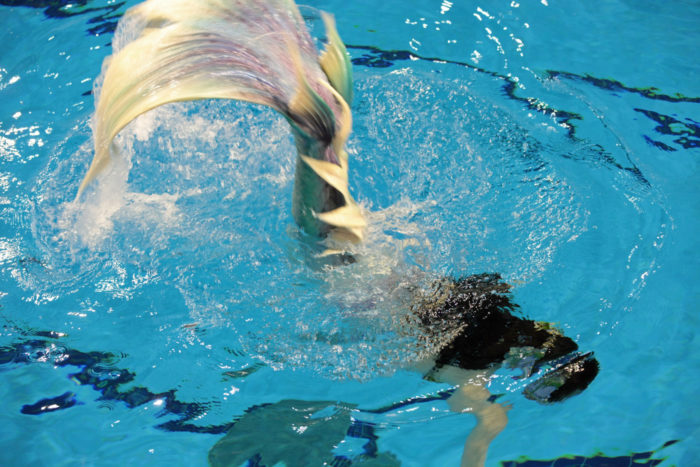 Quick to startle, a mermaid dives out of reach with a swish of her tail.Photo: Hernan Patiño

Perttula first got the idea of becoming a professional mermaid a few years ago when she read about mermaid performers working in Florida. “I love entertaining people, and especially working and playing with children, so it’s a dream job for me,” she says.

Her friends initially worried whether she could make a living from her mythical alter ego, but as Riia’s popularity increased, Perttula was able to quit her more mundane terrestrial job as a store manager and become a fulltime mermaid. Her courses and shows are now in great demand at spas and swimming pools around the country.

Performances for younger children include lots of storytelling and roleplaying, with an assistant keeping a close watch for safety’s sake. Perttula is herself a qualified swimming and snorkelling instructor, able to teach her keen apprentice mermaids many special underwater tricks and techniques. 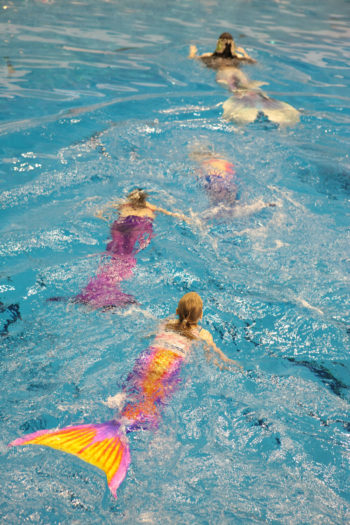 Mermaid Riia also often performs at private parties and corporate events. When working with larger groups or at big events like the Helsinki International Boat Show, she sometimes appears with a like-minded friend – Nerissa the mermaid, from Rovaniemi in Finnish Lapland.

According to Perttula, even initially sceptical adults can enjoy being friendly and graceful mermaids for a while. “It’s great fun to forget your everyday routine and let your imagination run free,” she says.

Mermaid gigs can still be difficult work, however, especially when they involve driving long distances and lugging heavy, waterlogged costumes about. Perttula’s favourite finned costumes, made of glistening platinum-cured silicone, weigh almost 15 kilogrammes (33 pounds) each. She imported them at great expense from the US, and they passed through customs labelled as prosthetic limbs. 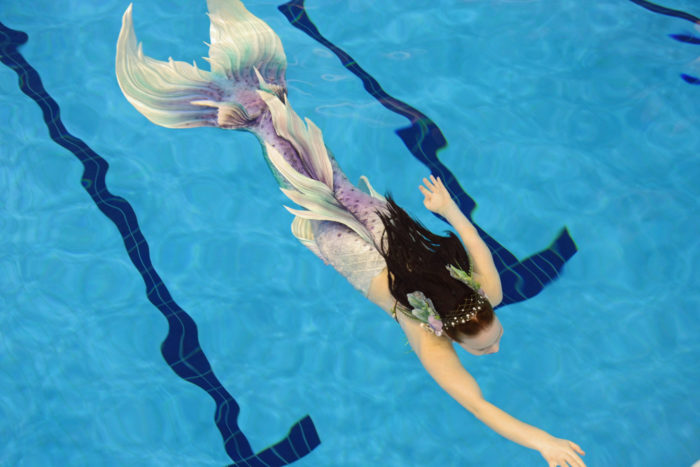 After the mermaid school session in Helsinki, Riia’s new young fans proudly pose with her for selfies, and ask when they can swim with her again.

“Swimming with a big tail felt funny at first, but if you’re a good swimmer you can get used to it,” says Mona, 11. “Blowing bubble rings underwater was the funniest thing!” adds 11-year-old Sofia. According to Eeva, 10, all of the girls now hope to become performing mermaids like Riia.

Cricket is growing in Finland despite its unfamiliar rules and uniforms. Spring brings the start of the outdoor season.