Game on! The 9 most important Finnish video games in history

These days, Finland rules when it comes to mobile games.

Angry Birds, released in 2009 for iOS, was a huge hit worldwide and remains the most popular mobile game of all time.

Many people are surprised to learn that Finland’s gaming culture it a lot older than they think.

In fact, the history of Finnish gaming, and the roots of today’s success can be traced all the way back to the early 80s. 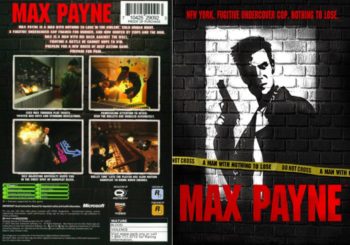 Remedy’s megahit Max Payne has been acclaimed for its gameplay and revolutionary bullet time, but most fans remember it fondly thanks to its storytelling.Photo: Remedy

With the introduction of home computers, many tech-savvy Finns found a new hobby in creating games for the Commodore VIC-20 and Commodore 64. Programming for these computers was easy, and unlike the games of today which require huge teams, a single person was able to create gaming magic. Counterfeits of popular games were common, but there was plenty of originality and experimentation to be found in games of this era.

The spirit of individual experimentation evolved into a thriving demoscene, which laid the groundwork for commercial success. Many of Finland’s rising stars, such as Terramarque and Bloodhouse, got their start in the tight-knit demoscene. Once Nokia’s mobile devices hit the scene in the late 90s, Finland’s position within the game industry rose exponentially, and the rest is history.

Which were the games that helped put Finland on the map? Let’s take a trip down gaming memory lane and have a look.

Read the full story on Inktank