Helsinki University’s Minna Palmroth, shown here at an Academy of Finland media event in 2019, directs the Finnish Centre of Excellence in Research of Sustainable Space.

Finland’s history of space research began with magnetometers in the early 1800s and stretches through the 20th century to the present day. Today, Finland works with the European Space Agency (ESA) and has a growing new space economy commercial sector.

In this short Q&A, Helsinki University’s Minna Palmroth, director of the Finnish Centre of Excellence in Research of Sustainable Space, describes what Finland is doing in space.

ThisisFINLAND: It seems obvious to us, of course, but some people might be asking, “Wait, Finland has a space industry?”

Minna Palmroth: Finland possesses expertise in areas that can be applied to space, such as communications, software and technical hardware. Also, Finland has a long history of international collaboration and basic research, which are essential for the new space economy. 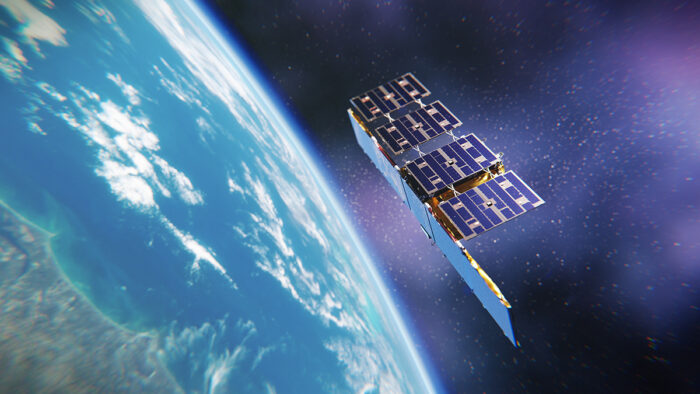 What are Finland’s strengths in space?

Finland is especially strong in niche weather areas. For example, the Finnish Meteorological Institute (FMI) and Vaisala create some of the world’s best instruments for measuring pressure and humidity. These devices are used on American and European Mars probes. The FMI is also an authority on Earth observation, while the University of Helsinki is a world leader in simulating and modelling the space environment. The US National Oceanic and Atmospheric Administration uses Finnish technology to monitor space weather, such as X-ray flares from the sun’s coronal mass ejections, which expel millions of tons of matter into space. [Note: Almost all of the links in this article are in English.]

Miniature satellites are also one of Finland’s strengths. Finland’s first satellite, Aalto-1, weighed only four kilos. It was developed by students at Aalto University and launched in 2017. Finland also has several commercial companies specialising in microsatellites.

Some other Finnish innovations and expertise are also applied to space, even if they weren’t originally designed for the sector. Good examples of these are AI and data analytics, which are handy for analysing large amounts of information from satellites. This can be used in agriculture and forestry, or to analyse climate change. 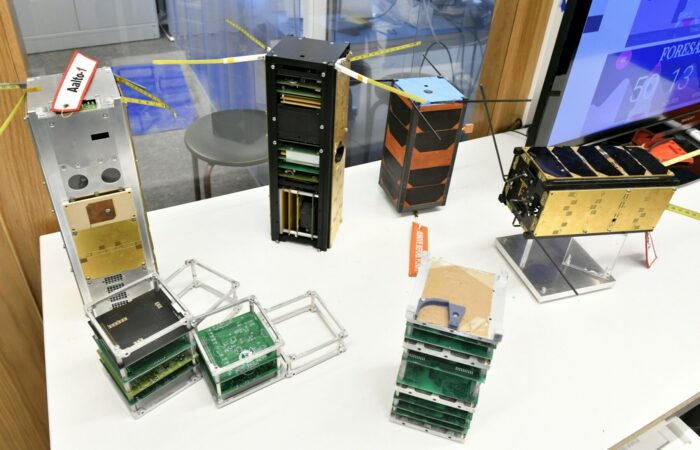 The Finnish Centre of Excellence in Research of Sustainable Space displayed various satellites at a media event in 2022, including Aalto-1 (left).Photo: Heikki Saukkomaa/Lehtikuva

What kind of space research is happening in Finland?

Research that doesn’t just end up in a scientific journal – much of it gets developed commercially. In fact, most of Finland’s newer private space companies grew out of this research.

Government organisations developing space innovations include the FMI, which works on Earth and space weather, and VTT Technical Research Centre of Finland, which develops everything from sensors to microsatellite constellations. 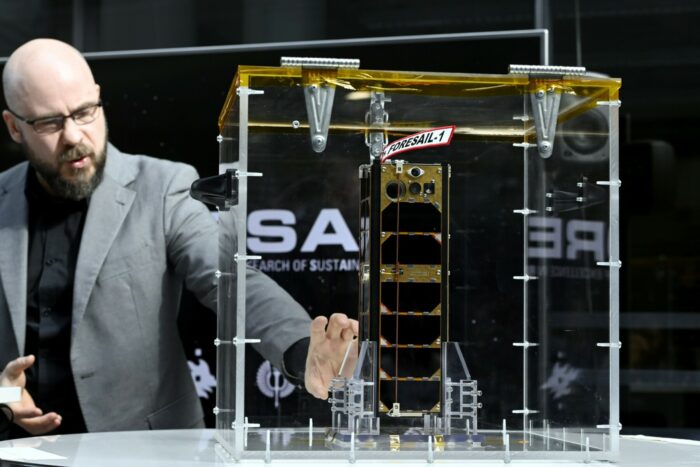 Assistant professor Jaan Praks of Finland’s Aalto University explains the features of Foresail-1, a Finnish satellite that contains scientific instruments and is about as big as a one-litre milk carton.Photo: Heikki Saukkomaa/Lehtikuva

People may not be accustomed to seeing the words “space” and “sustainable” together. Why is space sustainability important?

There are already about 8,000 tonnes of debris in space, and people are launching more and more satellites. The Finnish Centre of Excellence in Research of Sustainable Space works on making satellites more durable so they stay in use and don’t become space junk. They are also developing de-orbiting technologies called plasma brakes, so satellites can safely burn up in the atmosphere. 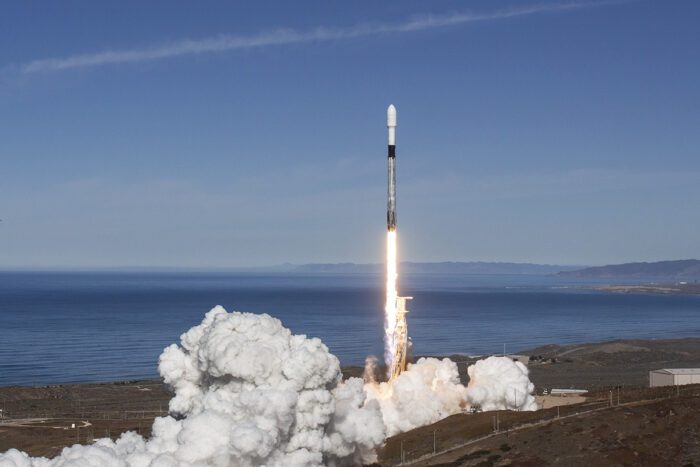 A SpaceX Falcon 9 rocket carried the Finnish satellite Iceye-X2 and other small satellites into orbit from California in December 2018.Photo: Iceye

“Space law” is another term people may not have run into. What does it refer to?

Space law includes treaties, international agreements and domestic laws governing activities in space. Conceptually it is similar to the law of the sea, in that it covers the use of something that is the property of all humankind. Finland’s space law was updated in 2018 and encourages the sustainable and profitable use of space. 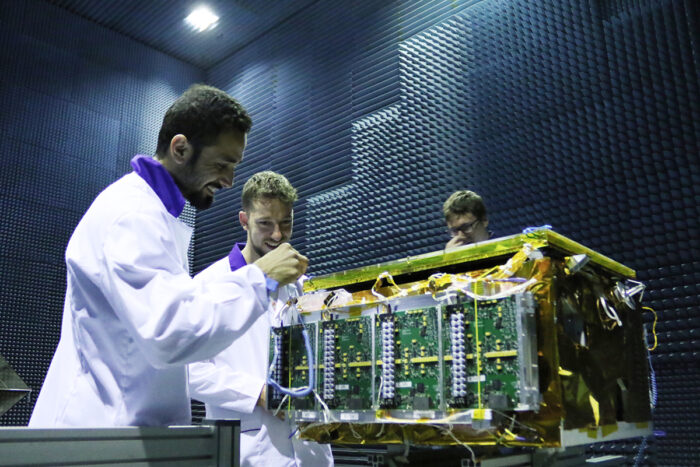 Iceye team members set up tests on a satellite in an anechoic chamber, a room designed to stop reflection of electromagnetic waves.Photo: Iceye

What are some Finnish space companies?

Finland has a diverse stable of space companies. The microsatellite company Iceye is currently the largest space startup in Europe, as measured by the amount of private funding they have received. Isaware develops instruments to measure space weather, and Collective Crunch uses AI to analyse satellite data for companies. Other companies specialise in communications, composite materials, optical hardware and robotics. You can find more in Business Finland’s company database. [Editor’s note: You can also check out Space Finland, a website maintained by Business Finland and the Ministry of Economic Affairs and Employment.] 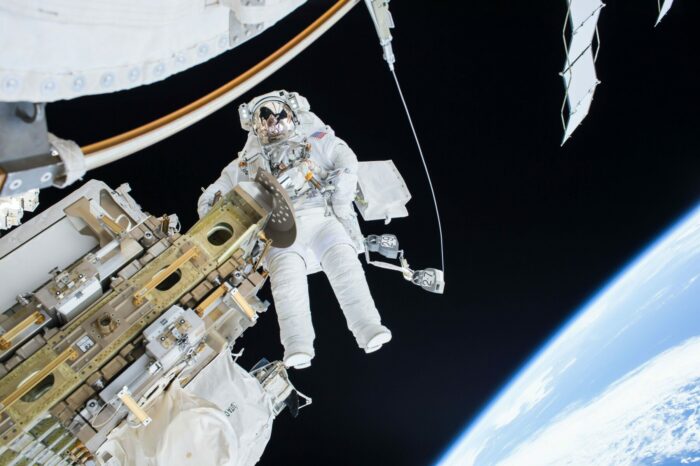 As far as we’re concerned, American astronaut Timothy Kopra’s true claim to fame is that his paternal grandparents came from Finland. However, here he is during a spacewalk at the International Space Station in 2015.Photo: Ho/NASA/AFP/Lehtikuva

Are there any Finnish astronauts?

Not yet, but retired NASA astronaut Tim Kopra is of Finnish descent, on his father’s side of the family.