Tuomo Suntola’s invention, known as atomic layer deposition, is used in everything from smartphones to solar panels.

Tuomo Suntola, a physicist from Finland, wins the 2018 Millennium Technology Prize for ALD, an innovation that enables solar panels, LED lights, computer chips and numerous other technologies, and continues to change the world.

“It feels great to win the Millennium Technology Prize,” says Tuomo Suntola. “Now we can convincingly share the value of this technology. It is what we meant it to be.”

Suntola, born in Tampere in 1943, is awarded the 2018 edition of the biennial, one-million-euro prize for his work in atomic layer deposition (ALD), a nanoscale technology used to create ultrathin layers in a controlled fashion. Technology Academy Finland awards the Millennium Technology Prize to honour a pioneering technological innovation that improves people’s quality of life and promotes sustainable development. 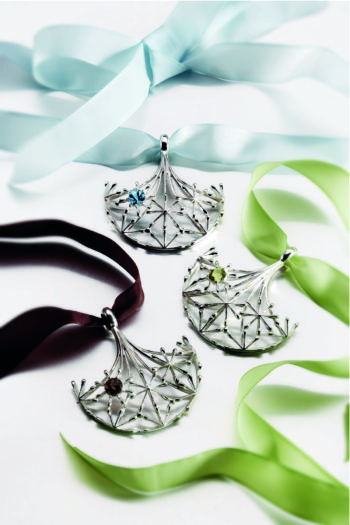 On much of its silverwork, Kalevala Jewellery uses an ALD process devised by Finnish company Beneq to give items a transparent, anti-tarnish protective coating. These pendants are part of the “Naisen ääni” (Voice of a Woman) series.Photo: Kalevala Jewellery

“ALD is the Swiss Army knife of nanotechnology,” says Riikka Puurunen, associate professor at Aalto University and ALD researcher. “It is already used in many technologies and the potential applications are enormous.”

Manufacturers utilise ALD in photovoltaics, LED lights and flat electroluminescent displays. It’s even used to coat silver jewellery to prevent tarnishing. Yet one of its biggest roles is in memory and logic chips.

“ALD is an enabler of Moore’s Law, the observation that the number of transistors on integrated circuit chips doubles about every two years,” Puurunen explains. “A key milestone was in 2007, when Intel began commercial use of ALD in its chips.”

Confused CEOs are no obstacle

One of Suntola’s first jobs after university was working on a humidity sensor which required a thin film. This led him to wonder about other ways to create ultrathin films. When the medical instrument company Instrumentarium asked him for new product ideas, he knew just what to recommend.

“I proposed my idea and the management asked many questions,” Suntola says. “The CEO finally said, ‘I’m still confused but let’s do it.’”

The idea was to build up layers of different materials one atomic layer at a time, which guarantees uniformity even on complex three-dimensional shapes. He filed for a patent for his ALD invention in 1974.

“At the time we only had one goal, and that was to use ALD for flat panel electroluminescent displays,” says Suntola. “However, even at that early stage, I was thinking about its potential in semiconductors.”

Fundamental research in the technology has also been conducted independently in the Soviet Union, initiated by Valentin B. Aleskovsky and Stanislav I. Koltsov, who both passed away in the 2000s. 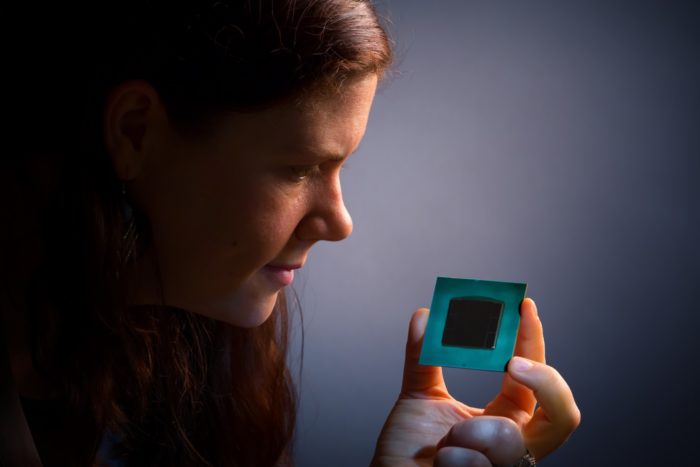 Intel employee Rebecca Nevin holds a Stratix 10 chip, which contains 30 billion transistors and can process the equivalent of 420 Blu-ray discs of data in one second. Intel began commercial use of ALD in its chips in 2007.Photo: Tim Herman/Intel

The first display panel showed arriving and departing flights at Helsinki Airport, and commercial production began in the 1980s. As the technology improved, it was considered for more diverse applications.

“When I worked for Microchemistry, a subsidiary of Finland’s national energy company, Neste, we began developing ALD to be used for photovoltaic devices and silicon wafers,” Suntola says.

It wasn’t until the early 2000s, when the chip manufacturers became interested, that the technology exploded in popularity. If you enjoy what your modern smartphone, notebook and PC can do, you can thank Suntola and his invention.

Changing the way we see the universe 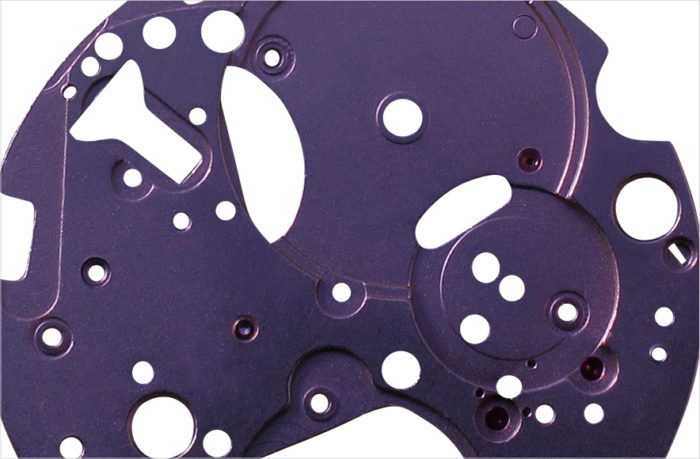 Swiss educational and R&D institution HE-Arc uses Picosun ALD processes and machinery to put coatings on timepiece components such as this one.Photo: HE-Arc

Today it is being considered for even more uses, such as in healthcare, where it can be used to coat implantable medical devices or in controlled drug release.

“One of the ideas which I am excited about is using ALD on telescopic mirrors,” Suntola says. “This next generation of telescopes could change the entire way we see the universe.”

Suntola remains on the board of directors of Picosun, a Finnish company specialising in ALD, but the majority of his time is spent working on his idea of a dynamic universe.

“I like to study the basis of our theories about the universe,” he says. “I look behind the equations.”