At Aalto University in Helsinki, students have built two nanosatellites, both of which were recently launched into space. In the near future, numerous nanosatellites will provide a wealth of new information relevant to the environment, transport and business, including critical challenges such as climate change.

When the Indian Space Research Organisation sent up its Polar Satellite Launch Vehicle in June 2017, the Finnish Aalto-1 satellite was onboard.

Nanosatellites such as those built at Aalto University (named Aalto-1 and Aalto-2) are dispelling people’s preconceptions about what a satellite is and what it can achieve.

When satellites are small and light, a carrier rocket can carry a large number of them into space at one time.

“Although the satellite is very small, its advanced technology means that its payload can be nearly equal to that of a larger instrument. The technology is miniaturised: smaller and  smaller devices carry out increasingly demanding tasks.”

Praks explains that a hyperspectral imaging camera built by VTT Technical Research Centre of Finland Ltd for remote sensing was launched along with Aalto-1.

Multiple pairs of eyes can see more than one 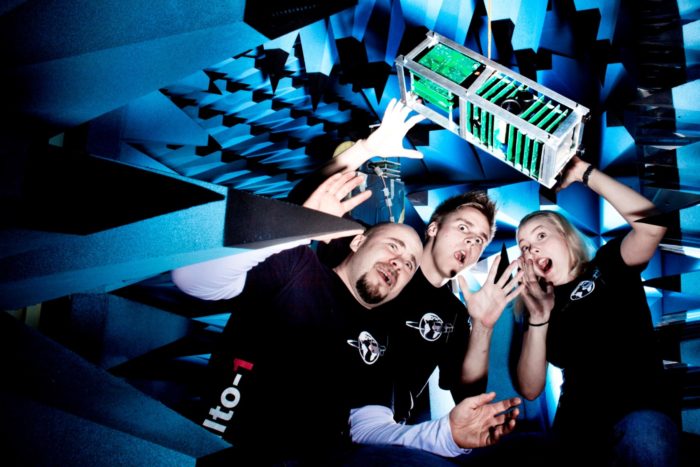 Several members of the Aalto-1 development team strike an informal pose with an early model of the satellite.Photo: Aalto-1 Project/Aalto University (cc by sa 4.0)

Thanks to the size of nanosatellites, one launch can include dozens of them. On April 18, 2017, the two-kilogramme Aalto-2 became the first Finnish-built satellite to be launched into space, part of an Atlas V launch from Cape Canaveral, Florida. On June 23, 2017, Aalto-1 made it into space on the Polar Satellite Launch Vehicle sent up by the Indian Space Research Organisation.

Reaktor’s Director of Space & Robotics Juha-Matti Liukkonen believes that small satellites will play a significant role in the IoT i.e. the Internet of Things:

“Small satellites will, for their part, produce essential data for the use of business. They will also extend the data network and information infrastructure to areas where these have not previously been available, such as to the Arctic Ocean.

“The crux of the matter is that multiple pairs of eyes can see more than one. A large number of small satellites can pass by the target more often and create a more real time situation picture.”

Sights set on the Arctic 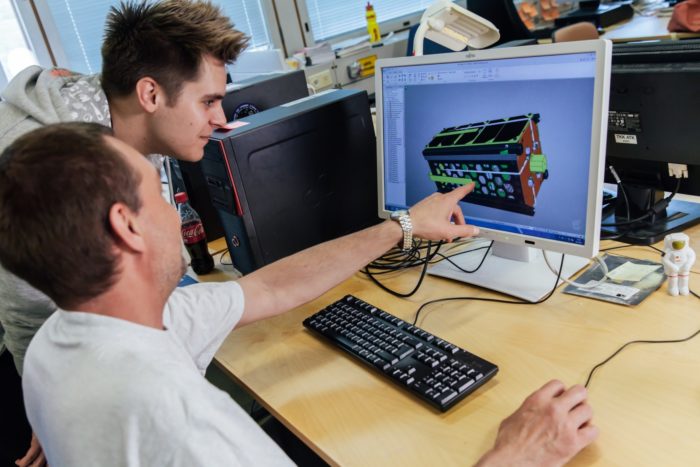 The use of space applications to respond to the Arctic’s growing demands is highlighted in Finland’s space strategy. Another objective is to use open geospatial data to strengthen the competitiveness of services.

Space technology can in part help in finding solutions to critical problems that impact the world population as a whole. In particular, satellites will help us gain a better understanding of climate change and allow us to measure it.

“Satellites provide accurate information on things such as the volume of atmospheric gases, cloudiness, the melting of glaciers, changes to the tree line, the melting of permafrost, flooding and many other phenomena.”

According to the wildest visions, space technology could provide tools for mitigating climate change. These could include mirrors to be situated in space that reflect the sunrays  as well as solar panels, from which emission-free power could be transferred to Earth via microwaves. 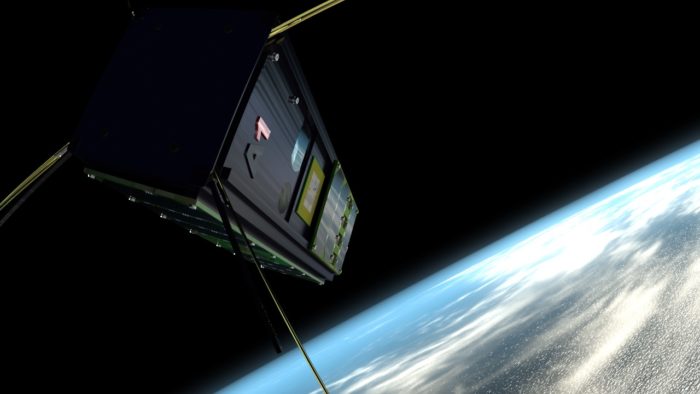 What will the future hold?

“Much will happen including things which we did not expect. Things will perhaps happen at a pace slower than what we would like. However, infrastructure to be situated in space will be a key part of global infrastructure,” Praks says.

“Hyperspectral imaging cameras on satellites will give, for example, a large Australian farming corporation access to accurate information on what is happening on fields in remote areas and when it would be optimal to send, for example, combine harvesters to the area.”

“The satellite segment will be part of digitalisation. Space will hold an important part of the worldwide sensor network,” Praks explains.