With his roots firmly in the countryside of southwestern Finland, Hans Langh branched out into international shipping and steel cargo transportation. His success story is based on curiosity and innate problem-solving ability – he has no formal technical training.

The Langh family has been farming at Alaskartano, near the small town of Piikkiö, for generations. Hans Langh’s grandfather dabbled in making agricultural equipment, and when he passed away, his grain dryer project was completed by his grandson. Hans Langh Cleaning Services started in 1973, emulating a Herculean task in removing muck from byres, chicken factories and piggeries using his first patent: a combination high-pressure water hose and vacuum did the job better than rival methods.

“By the mid-1970s we were doing the same in ships’ engine rooms, wastewater tanks and the like, and then in 1983 I became a shipowner,” says Langh, explaining how he drifted into shipping. Langh Ship was enlarged in 1989 when three newbuildings came into service, then transporting paper and pulp for Finnish firms. “But for the last 20 years, Langh Ship has carried stainless and carbon steel for Finnish producers Rautaruukki and Outokumpu. We now have about 30 patents for our steel transport innovations, with the last ten years seeing proactive R&D cooperation.”

Stabilising the onboard situation 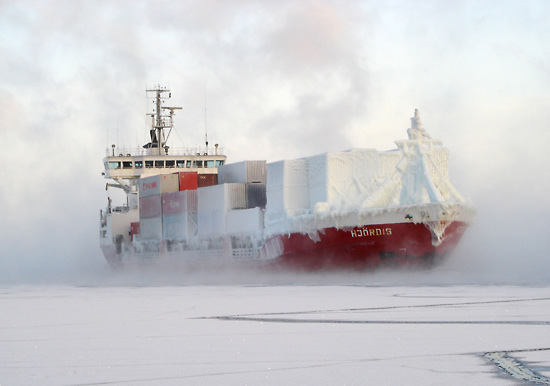 Shipping steel coils and plate doesn’t sound challenging – but the field was ripe for innovations to prevent damage to cargo and ships and ensure personnel safety. “There was so much damage when heavy steel was transported,” Langh says. “Steel plates on the bottom of the ship were stacked, and separated by wood planks in between.”

His original idea was to place coils (weighing 26 tonnes) in Cradle Tween Decks cassettes, higher up than normal in a ship – a previously forbidden practice. This was augmented by the Cradle Cassette at the bottom of a ship’s hold. From these simple creations stemmed a catalogue of products tailored to transport steel more efficiently.

The cassettes yielded impressive results. Without getting into complicated technical jargon, we can say that the ships’ stability improved greatly, while loading time was cut in half and labour reduced to a single operator. “In the ten years they’ve been in use [there are over 500 leased worldwide], there’s never been a single damaged cargo,” states Langh proudly.

A flow of inventions 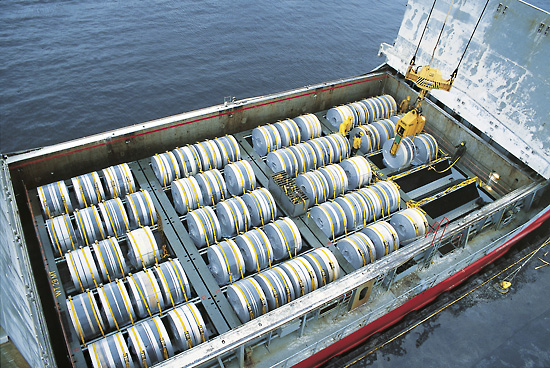 In the Cradle Tween Decks system, coils of steel are loaded into “cassettes” for a comfortable ocean voyage.Photo: Langh Ship Ltd

The latest invention is the Hard Open Top Cradle Container (HOTCC) and its duplex version. The HOTCC carries up to 40 tonnes of large steel coils, which can be loaded either directly aboard ship, or in advance on shore and then transported via road, rail or water. The duplex (a stainless steel composite mix) holds an extra ten tonnes of payload, has a longer working life and needs no painting.

In addition to the removable cover, the HOTCC design incorporates doors at both ends, enabling delivery of other freight on the return voyage, such as scrap metal for recycling, while the duplex can carry foodstuffs or difficult bulk cargoes securely.

Hans Langh has garnered recognition over the past few years. He was appointed Maritime Counsellor in 2008, and received an honorary doctorate from Turku School of Economics earlier this year – his sole qualification apart from two years at agricultural college.

Are there more inventions on the way? “You can’t only develop – ideas must also be marketed – but I still have plenty on my mind,” says Langh.