What happens when an Indian immigrant in Finland leaves behind a stable job to test the waters of entrepreneurship?

A taste for risks: Shakir Abdulkhader left a job as a software engineer to become an entrepreneur importing Asian and African food to Finland.

What happens when an Indian immigrant in Finland leaves behind the cosy confines of a stable job to test the waters of entrepreneurship?

Come hell or high water, everyone foots the food bill. That thought got Shakir Abdulkhader, an Indian immigrant entrepreneur in Finland, into the food and grocery business during the economic downturn.

A software engineer by profession, Abdulkhader moved to Finland in 2010 and worked with Barona IT. However, the lure of business changed the course of his career in 2012. “I’ve an appetite for risks and I’ve always wanted to be a businessman,” he says, beaming with conviction.

Abdulkhader realised that the Finns were taking a liking towards Asian and African cuisines, but the corresponding grocery market was fragmented. “I knew it’d work if I had a one-stop-shop for various spices and pulses [edible seeds such as beans and peas] imported from India”, he says.

The idea has worked wonders. His store, Kairali Foods, now has branches in Helsinki and nearby Espoo. It started with a small customer base among fellow Indians, but caters today to people of various nationalities. 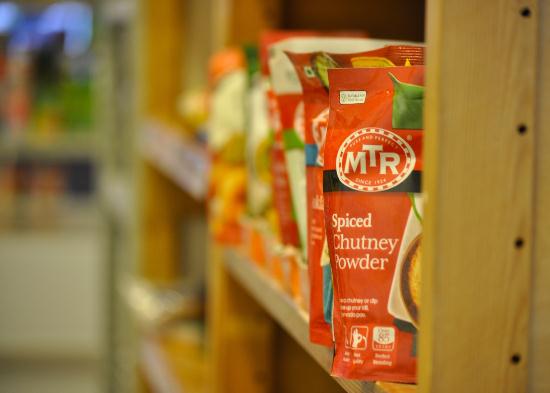 Marketed through community forums, social media and word of mouth, his business has a solid following. Its strategy includes offering better quality at a cheaper price, and it thrives on variety. Abdulkhader says the key is to keep improvising the product lines based on consumption patterns.

For instance, Kairali Foods imports fresh vegetables from India every Thursday. That attracts throngs of Indians who get access to Indian vegetables in Finland and opens up a new arena for locals seeking some change on their platter. The already significant and still rising number of Indian, Nepalese and Thai restaurants in Finland further strengthens his supply chain by sourcing groceries from Kairali Foods.

The credit for this growing network and codependence goes to the internationalisation of Finland. The country is witnessing a steady rise in its immigrant population, providing the perfect springboard for budding entrepreneurs.

A case in point is the approximately 3,000 Indians in Finland. While most Indians here are employed by IT companies, individuals like Abdulkhader may be setting a trend in motion. Some people with stable job profiles or prospects are turning into entrepreneurs or toying with ideas about starting new businesses. The key attraction for them is the easy and simple process of starting a business venture in Finland.

Add to that favourable government policies, transparency in operations, liberty to function in a fair market, relatively less competition and the possibility to retain exclusivity, and it’s a basket full of goodies for entrepreneurs. 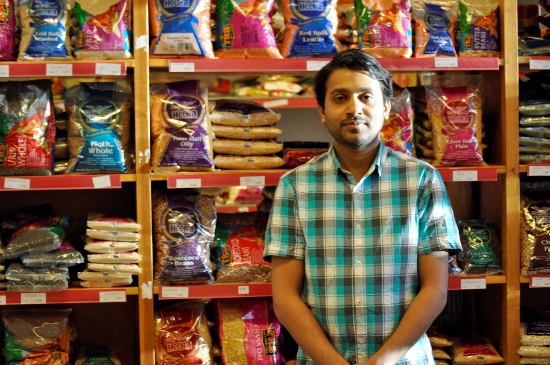 Shakir Abdulkhader’s Kairali Foods shows that the scope for growth as an entrepreneur in Finland is huge and the business is rewarding. Photo: Asha Gopalkrishnan

Apramey Dube, an Indian PhD student at Hanken School of Economics in Helsinki, aspires to start his own marketing and branding consultancy firm in Helsinki. His venture would “bridge the gap between the theoretical and practical application of services,” he says.

He notes that the scope for growth as an entrepreneur in Finland is huge and the business is rewarding. Such a combination can be hard to find in a country like India, where complex procedures and cutthroat competition result in wafer-thin profit margins. For instance, it takes roughly ten days to get your company registered and patented in Finland, compared to six to eight months in India.

Perhaps that’s why the Indian community in Finland is putting its creative foot forward. According to Statistics Finland, out of the 1,494 Indians working in Finland in 2010, three percent were self-employed. That number could rise significantly in coming years.

Some issues, such as the language, need attention. Not only are certain official documents in Finnish, but Indian immigrant entrepreneurs in a customer-oriented industry also need to interact and conduct business in Finnish, which has an effect on their networking. However, entrepreneurs are dealing with the challenge; some are learning Finnish and others plan to partner with a Finnish resource to clear that hurdle. After all, they are shaping their dreams into reality.

Social entrepreneurship is on the rise in Finland as thousands of companies in the environment, health and culture sectors are making their mark.

Mohan Rajkarne, the country manager of Tata Consultancy Services, tells how it is to work with Finns.

Finland has gone from forestry-based to technology-based economy, and is now undergoing a further transition to service-dominated society.