We’re one of the first nonspecialist publications to hear how professor Kari Alitalo and his team are breaking ground with a new procedure to limit or even halt a cancer tumour’s growth.

Zap! Kari Alitalo points out how his team’s research can be used to stymie cancer tumour growth.

We’re one of the first nonspecialist publications to hear about how researchers led by award-winning professor Kari Alitalo in Helsinki are breaking ground with a new procedure to limit or even halt a cancer tumour’s growth by choking off its supply of oxygen and nutrients.

Overlooking the sea and the Prime Minister’s residence, the University of Helsinki’s Meilahti campus is Finland’s biggest medical centre, encompassing around ten institutions – among them the Biomedicum research and teaching centre, where some 1,200 researchers work, including academy professor Kari Alitalo, one of the world’s leading fighters in the battle against cancer.

Alitalo earned his MD from the University of Helsinki in 1977. That year, he published the first of nearly 400 papers in medical and scientific journals.

Now 58, Alitalo is a dapper gentleman with a salt-and-pepper moustache and a pleasant way of explaining complex concepts. He speaks with a mild American accent, dating back to the early 1980s, when he worked for future Nobel laureates J. Michael Bishop and Harold E. Varmus in San Francisco.

Alitalo has won a string of awards, including the 2006 Louis-Jeantet Prize for Medicine (475,000 euros) for discovering the first growth factor controlling the formation of the lymphatic vessels. The jury described it as a “breakthrough could lead to innovative anticancer and cardiovascular therapies.”

In October 2010, he was awarded Norway’s Anders Jahre Senior Medical Prize (125,000 euros) for his “pioneering discoveries relating to the development and growth of lymphatic vessels,” which have led to “new promising approaches to treat cancer and metastases.” In December 2010, Alitalo was honoured with the Earl P. Benditt Award in the US for his “groundbreaking work on angiogenesis and lymphangiogenesis.”

Explaining how it works

On a bitterly cold day just before its release, he explained how it outlines a new strategy of using antibodies to halt the growth of blood vessels. His team’s latest breakthroughs will likely lead to more powerful weapons to battle cancerous tumours. The attack focuses on the blood vessels which they need for growth and the lymphatic vessels they use for metastatic spread – the much-feared stage that is so often fatal for patients. 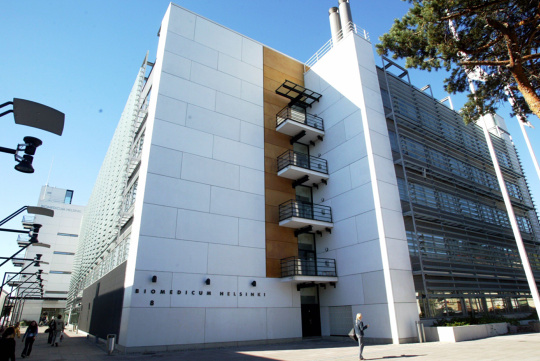 Alitalo and his teams have earlier shown how the formation of metastasis in lymph nodes can be cut by 50 to 70 percent. This is done with antibodies that prevent VEGF-C – a protein that stimulates the growth of new blood vessels – from setting up shop in growth factor receptors known as VEGFR-3. These antibodies can also stop the formation of new blood vessels, a process known as angiogenesis.

In adults, this usually only occurs when a wound is healing or as part of the menstrual cycle. However cancerous tumours also have the ability to launch angiogenesis. Without new vessels to supply oxygen and nutrition, they simply can’t grow.

Medicines that block angiogenesis are already used to treat some kinds of cancer. However they are often ineffective, and some cancers develop resistance to them. In binding with these receptors, these antibodies must compete with growth factors in the tumour – and can be overpowered by them. It can also be difficult for antibodies to enter the tumour because of irregular blood circulation and high pressure within the growth.

“The new antibody works on a different principle,” explains Alitalo. “It’s much more effective, even when there are higher levels of growth factors. And if you can inhibit the growth process, you can starve the tumour to death.”

“According to our new observations,” he says, “the combination of antibodies that block both growth factor binding and dimerisation appears to be more effective than either antibody alone” – creating a synergistic approach that is better than the sum of its parts.

His identification of growth factors that spur new vessel growth has already led to the clinical approval of the first molecules targeted to fight vessel growth and tumour progression.

“These findings should translate into improved tumour therapies,” says Alitalo.

Indeed, some of his team’s antibodies have already been licensed to the US company ImClone – notorious for its association with Martha Stewart – which was recently bought by pharmaceutical giant Eli Lilly.

This year, Helsinki University has made three patent filings regarding the new invention. 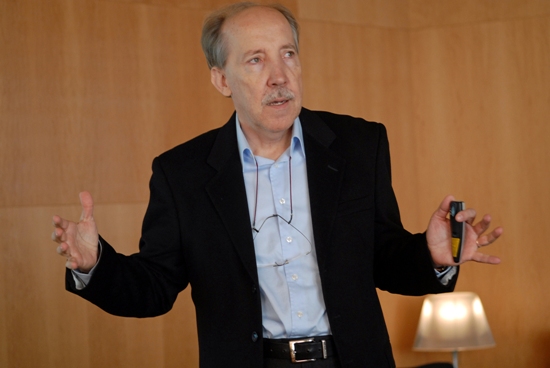 “In late November, two companies visited Helsinki to discuss if they will take the licence,” reveals Alitalo. “It’s very likely that a big one might be interested. The timeframe going forward should be very quick. Some of our antibodies are already at the Investigational New Drug application stage in the US. It usually takes four to six months for the FDA to deal with these applications. Then the safety study can start.”

On the new strategy, he estimates that after the license deal is signed, another year of development will be needed before a similar application can be filed.

“But the platform for antibody therapy is now there,” he stresses. “These are very safe forms of therapy because they have very minimal side effects. They are our bodies’ own molecules. This also makes it much quicker to develop them.”