Music in motion: Osmo Vänskä puts the Minnesota Orchestra through its paces at a rehearsal.

[Editor’s update: Six months after this article first appeared, a dispute began between the Minnesota Orchestra’s musicians and its management, leading to a lock-out. Vänskä chose to resign from his post as musical director in October 2013 after the parties reached a standstill. The labour dispute was resolved in January 2014, less than two weeks before the Grammys, but not before planned recording projects and concert tours had been put on hold.

Vänskä has reportedly indicated that he might return to Minnesota if invited. Read on to hear about the magic touch that he brings to orchestras under his direction – and that helped the Minnesota Orchestra’s Sibelius win the Grammy.]

Two days before a performance in downtown Minneapolis, the Minnesota Orchestra is preparing to begin rehearsal. The violins are practicing their runs for Symphony no. 4 by the famous Jean Sibelius, Finland’s most renowned composer. A percussionist is fine-tuning the timpani, his ear to the drum head.

When Osmo Vänskä steps to the podium, the hall instantly falls silent.

The musicians are expecting a demanding afternoon – Vänska is especially picky with Sibelius, and will stop a rehearsal for as long as it takes to fix the tiniest of flaws. With close attention to detail and an unmatched knowledge of the scores, the Finnish conductor has distinguished the Minnesota Orchestra as one of America’s best.

Since he took over as music director in 2003, the group has vastly increased its average audience size and earned international praise and a Grammy nomination for its recordings of Beethoven’s symphonies. A recently completed fundraising drive raked in an unprecedented 100 million dollars.

“I don’t know how my musical taste or my musical heart or my musical brain is built,” Vänskä says, “but obviously some composers speak to me a little bit more than others.” He’s referring to his affinity for the works of Ludwig van Beethoven and Jean Sibelius. 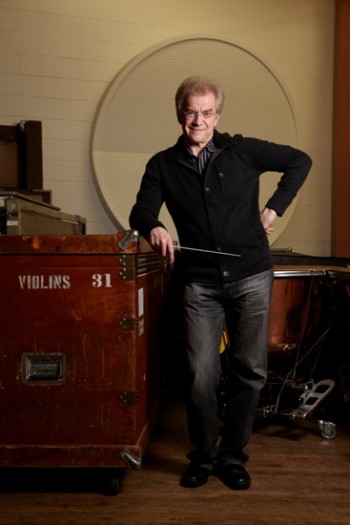 In true Finnish fashion, Vänskä is direct. He knows what he wants from the orchestra – and he won’t waste time catering to musicians’ egos.

“I’m not their therapist,” Vänskä says. “I don’t need to think about how their mind is offended or pleased. My job is to put things together.”

And put things together he has, leading the orchestra into a golden era. The Times of London called the ensemble “a new superstar band,” and in 2006 the New York Times dubbed it the most important orchestra in America.

“He’s extraordinarily demanding,” says Richard Marshall, the orchestra’s co-principal violist. “And by that I mean he’ll sit there and work on a phrase forever and ever, even if there is a lot of the music and repertoire left that needs to be rehearsed.”

Vänskä says his goal is to get musicians to unlearn what they know about music they’ve played thousands of times. Many musicians have adapted their own style over myriad performances with previous orchestras or other conductors.

The goal, Vänskä says, is to play exactly what the composer intended, and he has toiled to understand what Sibelius intended. With permission from Sibelius’s descendants, Vänskä gained exclusive access to early versions and unfinished and unpublished scores, and used them to present a final product that many say is at the same time cleaner and rawer than under any other conductor.

“It’s the best Sibelius that I’ve ever done,” Marshall says.

The orchestra’s plans originally included recording the complete symphonies of Sibelius in advance of the composer’s 150th birthday in 2015.

Minnesota sauna for the soul 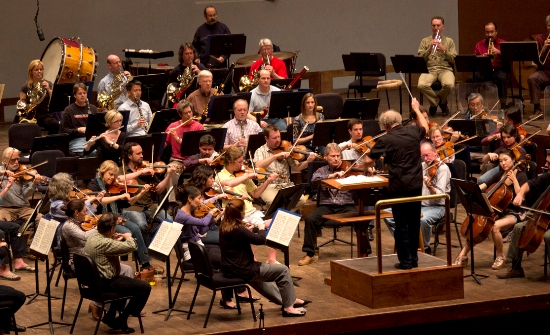 “Some composers speak to me a little bit more than others,” says Osmo Vänskä.Photo: Robert Downs

When Vänskä moved to Minneapolis in 2003, he immediately displayed his Finnish roots by installing a sauna in his downtown apartment. “I don’t want to live without sauna,” he says. “It’s good for my soul.”

He found the transition from Finland to Minnesota quite easy: “Minnesota is very much like Finland or Sweden. A lot of forests, a lot of lakes, four seasons, and there are a lot of areas where we don’t see buildings and it’s the real nature. I think those things are very much connected to the Nordic countries.”

Vänska spent more than 20 years with the Lahti Symphony Orchestra in southern Finland, transforming it from a mid-level group to a world-renowned ensemble famous for its recordings of Sibelius. That success led to jobs as conductor of the BBC Scottish Symphony Orchestra and later the Minnesota Orchestra.

He’s quick to dismiss the immediate Finnish connection people make between him and Sibelius: “It’s not a national thing, because what do we say about Beethoven, if that’s the case?”