In Helsinki, you never know what you'll discover if you leave the beaten track. (An uncropped version of this photo is included in the slideshow below.)

In our selection of Esko Jämsä’s photos from the book Helsinki: Quiet Nooks and Corners, you’ll see the Finnish capital from viewpoints you never noticed before – or never stopped to contemplate.

The resulting work provides beautifully arranged insight into some of the side streets, parks, fields, forests, churches and yards that are off the beaten path – or maybe even right in front of your eyes. 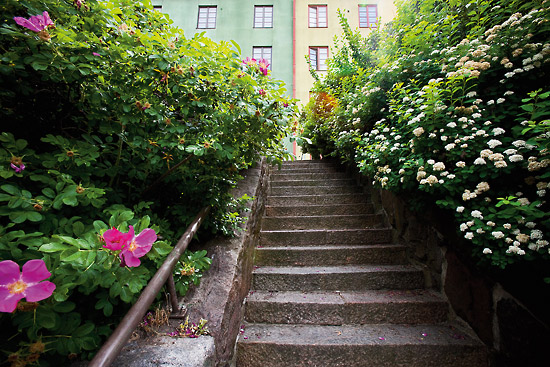 Flowers and buildings add colour to the city on this stairway off of Franzéninkatu in the Torkkelinmäki area of town. Photo: Esko Jämsä 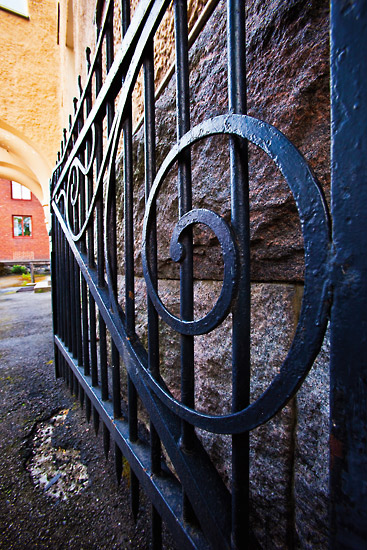 Metal and stone flank a courtyard entryway on Meritullinkatu in the neighbourhood of Kruununhaka. Photo: Esko Jämsä 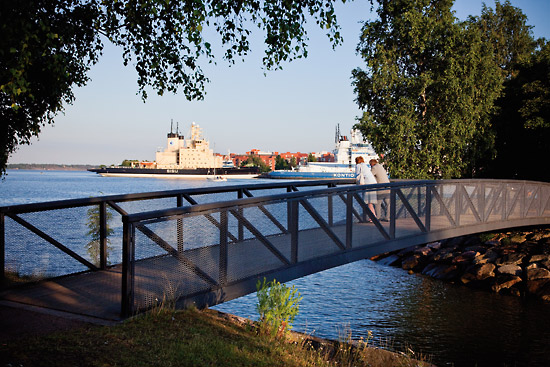 Sea air and Sisu: On the bridge to the island of Tervasaari, you can pause to admire the ice-breaker Sisu, a name that can be translated as "courage," "endurance" or just plain "guts." Photo: Esko Jämsä 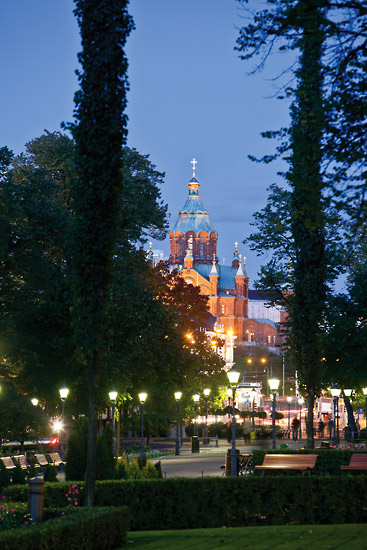 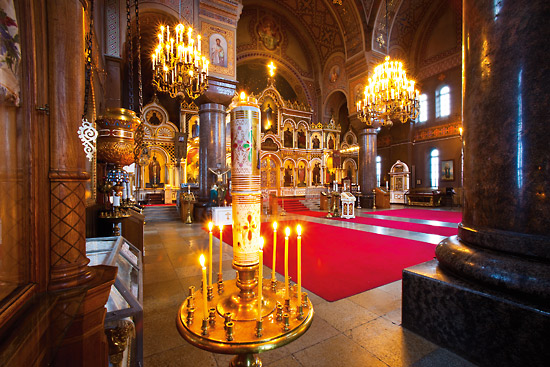 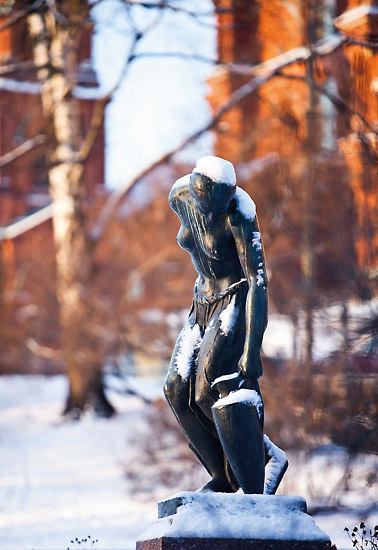 "When out strolling you can suddenly strike treasure," writes Kaisa Raittila about the statue of a girl lifting an urn, located in Katajanokka Park near Uspenski Cathedral. Photo: Esko Jämsä 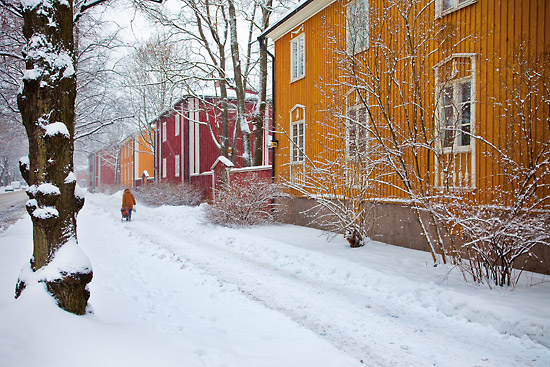 A blanket of snow muffles footsteps along Pohjolankatu in the neighbourhood of Käpylä. Photo: Esko Jämsä 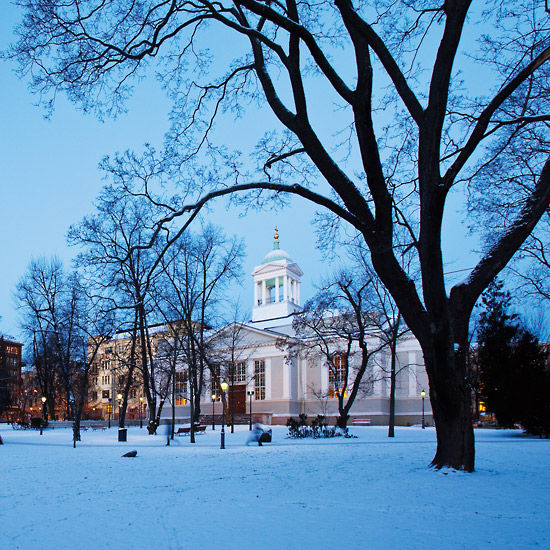 Located in the centre of Helsinki, Vanha Kirkko (Old Church) seems far from the bustle and traffic when viewed from across the park. Photo: Esko Jämsä 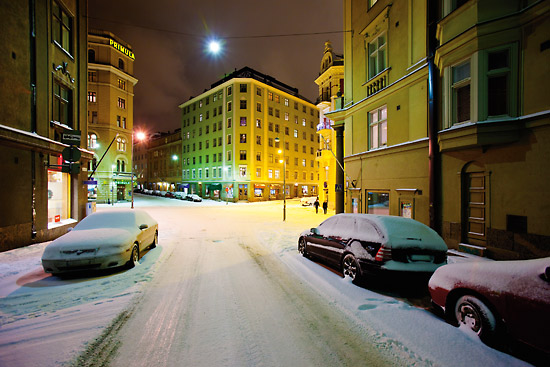 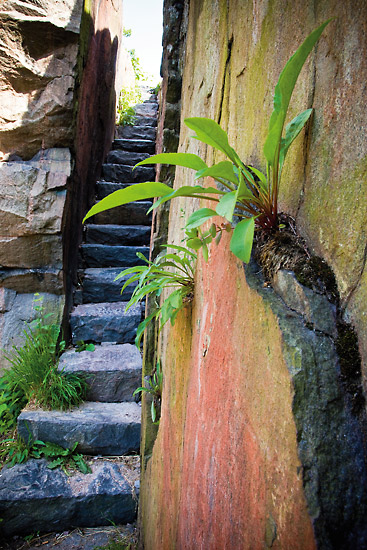 Even we haven't managed to figure out exactly where this stairway is yet, but Kaisa Raittila and Esko Jämsä inform us that it's someplace in the waterfront park called Kaivopuisto. Photo: Esko Jämsä 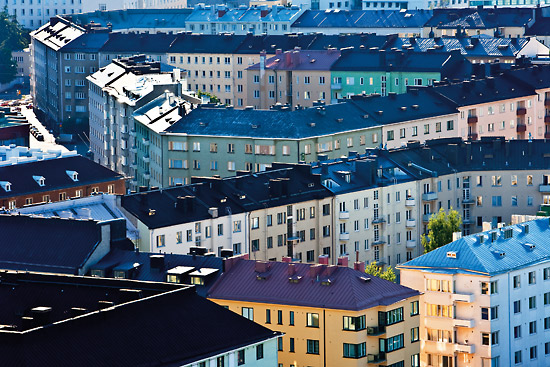 Viewed from the tower of the Olympic Stadium, the neighbourhood of Töölö becomes a pattern of colour, texture and perspective. Photo: Esko Jämsä 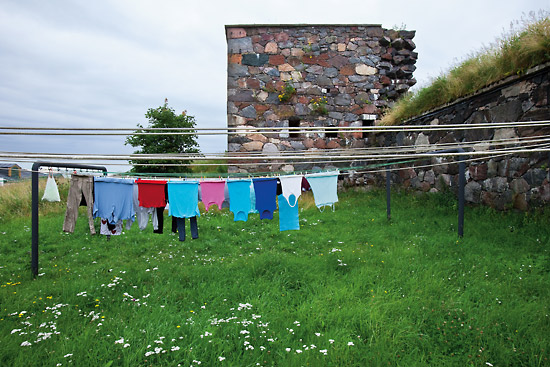 Life goes on: Bright laundry dries beside an ageing battlement on the island fortress of Suomenlinna. Photo: Esko Jämsä