Imagine our surprise when a novel called New Finnish Grammar appeared at the top of the Guardian bestseller list.

Diego Marani is a linguist, but his interest in Finnish language and culture is more than academic.

The newly released English edition of an Italian novel set in Finland is now selling like hot cinnamon rolls.

Imagine my surprise: Top of the Guardian newspaper’s online bestseller list was a book called New Finnish Grammar. Surely some mistake? How could so many readers be queuing up to discover the perplexing intricacies of the Finnish language? Finland may be attracting plenty of delighted visitors, but how many of them take the trouble to learn more than the basics: kiitos (thank you) and olut (beer)? 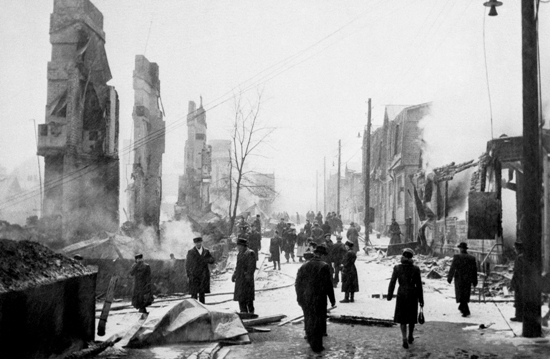 Wartime view of Helsinki: New Finnish Grammar mentions the Soviet bombings of the Finnish capital, which created scenes such as this one in the neighbourhood of Hermanni.Photo: Osvald Hedenström/SA-Kuva/Lehtikuva

Upon closer examination, it became clear that New Finnish Grammar is in fact a novel, originally written in Italian by Diego Marani and first published in 2000. UK publisher Dedalus released an English version in 2011. Unlike most foreign literature that makes more than a passing reference to the country, the book attracted little attention when its Finnish edition appeared in 2003. The English version, on the other hand, appears to be jumping off the bookshop shelves and acquiring something of a cult status.

The novel tells of a man found on the quayside in the Italian port of Trieste in the early autumn of 1943. This unidentified character has no memory of previous life or language, but carries a single clue in the from of the nametag on his jacket – Sampo Karjalainen, the Finnish origin of which is recognised by a well-meaning ship’s doctor who has Finnish roots himself.

In the belief that the man’s best chance of rediscovering his identity lies in the north, passage is arranged to Helsinki where an army chaplain named Olof Koskela gradually fills the blank sheet of Sampo’s memory with vodka-fuelled accounts from the Finnish national epic Kalevala. Meanwhile, Sampo is distracted by the affection of a nurse, whose fraught letters from the Karelian front are increasingly resigned to his inability, emotional as much as linguistic, to reply. 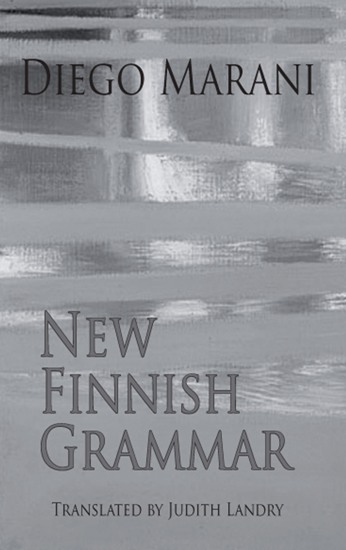 The three Italian literary prizes acquired by Marani for this novel are deserved if only for the authentic descriptions of a Helsinki tensed for and battered by war with Russia (the conflict in question being the so-called Continuation War of 1941–1944). From the alternating excitement and boredom of the foreign press corps in the Kämp Hotel to the bloodstained weary troops arriving by train from the front, the trauma of a city at war is convincingly portrayed.

Marani also deserves kudos for his evident understanding of the Finnish language and his knowledge of the complex Kalevala’s dramatis personae. Marani’s interest in language is not surprising in view of his roles as senior EU linguist and inventor of Europanto, a kind of Europe-only Esperanto, but his empathy with Finnish culture is more than academic.

New Finnish Grammar offers much more than a thoroughly researched wartime mystery. In a compact narrative that stops just short of 190 pages, it manages to examine the nature of memory, the connection between language and identity, and the relationship between identity, commitment and love, while interpreting Finland’s ancient myths, through Olof Koskela’s descriptions, as deeply philosophical and contemporary.

Sampo’s name itself is no coincidence: Sampo is the mystical artefact at the heart of the Kalevala, an elusive magic grail, while Karjalainen is the adjective meaning “of Karelia,” referring to the eastern region of Finland, much of which was lost to the Soviet Union at the end of the Continuation War.

At the same time, rarely can the Finnish language itself have been described so appreciatively by a non-Finn. “Finnish syntax is thorny but delicate: Instead of starting from the centre of things, it surrounds and envelops them from without,” expounds Olof Koskela in one of his tutorials. “As a result, the Finnish sentence is like a cocoon, impenetrable, closed in upon itself; here meaning ripens slowly and then, when ripe, flies off, bright and elusive.”

The last word should go to the fine translation by Judith Landry. It’s a pity that the publisher made the decision, in a book focusing on language, to do away with the Finnish letters “ä” and “ö” in the English version. [Editor’s note: After reading this article, Dedalus Books contacted us to explain that the English text they originally received did not include the Finnish letters for some reason. This oversight may be corrected in the next edition.] But this is a book worth reading for anyone familiar with Finland – and anyone who’s not.