On Lasipalatsi Plaza,visitors can walk and climb on the domes that form the roof over Amos Rex’s exhibition hall.

Amos Rex is an art museum chosen by the BBC as one of Europe’s most innovative new architectural spaces for 2018. It’s located in Lasipalatsi (Glass Palace), an iconic 1936 functionalist-style building lined with tall windows.

Or actually, new lows: something is going on below the surface.

Designed by Helsinki’s JKMM Architects, Amos Rex’s 2,170-square-metre (23,350-square-foot) exhibition hall is underground. Because Lasipalatsi has protected status, they couldn’t construct a new building behind it on Lasipalatsi Plaza, which served as a bus terminus until the early 2000s. 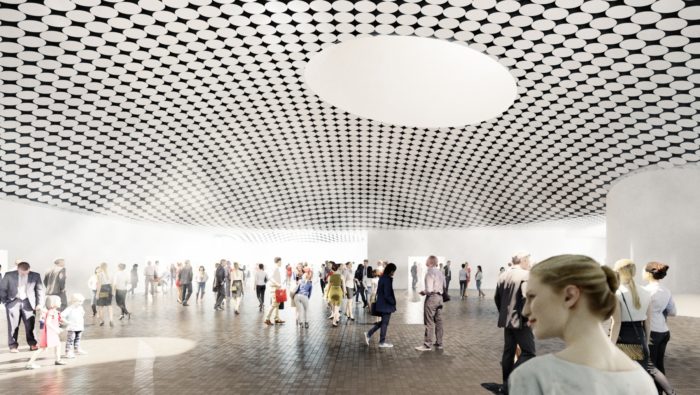 Instead, several domes of various sizes now adorn the plaza – the public is free to walk and climb on them. Each dome includes a conical appendage topped by a round window that lets daylight into the room below.

The architects preserved a clock tower in the middle of the plaza. A smokestack in a previous life, it now helps tie the outdoor space together and houses part of Amos Rex’s air ventilation system.

On budget and on schedule for its August 30, 2018 opening, the privately funded 50-million-euro project helps create a new museum district for Helsinki. Amos Rex is located on the capital city’s main thoroughfare, Mannerheim Road, across the street from the silvery grey hull of Kiasma, Finland’s leading museum of contemporary art. Also nearby is the neoclassical Ateneum, the country’s premier museum for fine art. 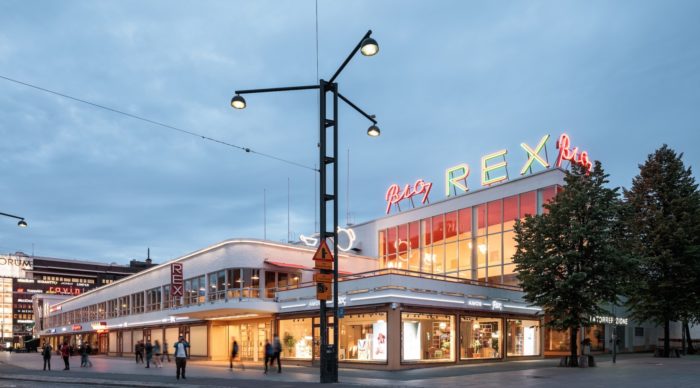 Lasipalatsi occupies a prominent place on Mannerheim Road. Amos Rex’s main entrance is the same as that of the cinema, Bio Rex.Photo: Tuomas Uusheimo

Kai Kartio, CEO and director of Amos Rex, says the adjacent museums will not compete with each other, but instead will work collaboratively to accentuate their geographical proximity as a means to attract patrons. He projects 200,000 visitors for Amos Rex in its first full year.

Helsinki Art Museum (HAM) and Kunsthalle Helsinki are also both within a few hundred metres of Lasipalatsi – the former in another renovated, late-1930s functionalist building, Tennispalatsi (Tennis Palace).

Since 1965, Amos Rex had, as the Amos Anderson Art Museum, occupied the stately home of Amos Anderson (1878–1961), a Swedish-language newspaper publisher, art collector and member of Finland’s parliament. Known for its 19th- and 20th-century collection of Finnish art, the museum was no longer viable in the 105-year-old structure.

“It is a very charming old house, but not practical at all,” Kartio says. “It was not possible going forward.” 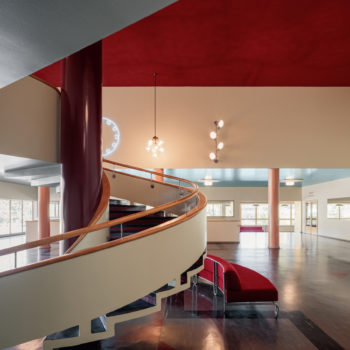 In the museum and cinema lobby: It’s a good thing they never got around to demolishing Lasipalatsi.Photo: Tuomas Uusheimo

In the early 2010s, when the search began for a new home, nearby municipally owned Lasipalatsi stood out for its availability, central location and appeal as a city treasure.

Purpose-built for the 1940 Helsinki Summer Olympics (delayed by the Second World War until 1952), the low-slung, block-long Lasipalatsi was meant to be torn down after a few years and replaced by a taller building. As a result, three young architects were given carte blanche to design the structure as they wished in the popular functionalist style of the times.

Its demolition delayed for many years, Lasipalatsi fell on hard times in the 1980s, eventually becoming protected and gaining modernist masterpiece status from the preservationist organisation Docomomo International. Yet despite its aesthetic appeal, Lasipalatsi had become a financial burden for the city of Helsinki, which was eager to work with the art museum’s deep-pocketed foundation. The city kept some of the commercial space housing restaurants and shops, while Amos Rex now controls most of the building.

“We like it because it is absolutely central,” Kartio says. “We wanted to make it as accessible as possible, as easy to visit as possible, and everybody knows where it is.” 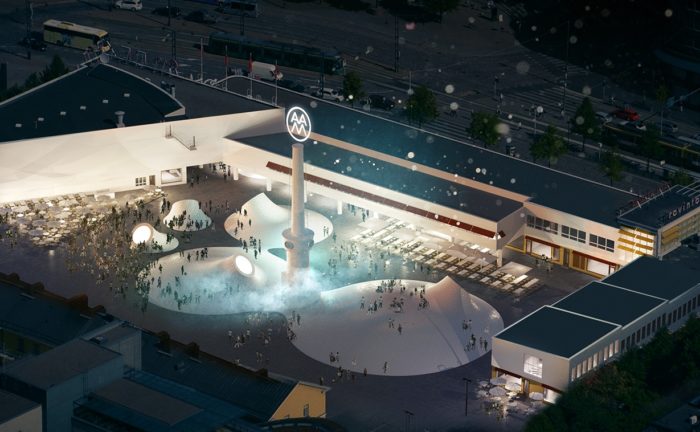 At one point the Bio Rex movie theatre had stopped operating for a few years, but Amos Rex has restored it to its original splendour, reupholstering the 590 seats within the art-deco cinema. Visitors go through the theatre lobby to reach the museum’s main entrance. Movies, mostly independent and art-house, are scheduled largely on weekends. The theatre can accommodate film festivals and seminars, and is available to the public as a rental hall.

Excavation beneath the public square began in 2015 to create a domed hall that will give Amos Rex flexibility to display forms of experimental and interactive art, Kartio says. With skylights atop the domes bringing in natural light, the space mimics the modernist lines of Lasipalatsi.

Sounds of silence resound in Helsinki

Helsinki’s wooden Chapel of Silence, designed to promote wellbeing, quietly attracts attention in the middle of the city.