When I was 15 years old, my ears were treated to Finnish metal greats Children of Bodom, as the band roared its way through rapid riffs and earth-shattering solos. Finland figures similarly in the experiences of innumerable metal fans all over the world, just as it did for this boy from Manchester, England.

As I got older and my love for heavy metal exploded into what it is today, I knew my future would include a career in music journalism. While I travelled around the UK attending metal festivals, interviewing the heroes I’d worshipped as a naïve teen, my desire to visit Finland only got stronger. An idea that was ignited years ago had grown in my mind.

I had to see this country where heavy metal is adored and cherished. 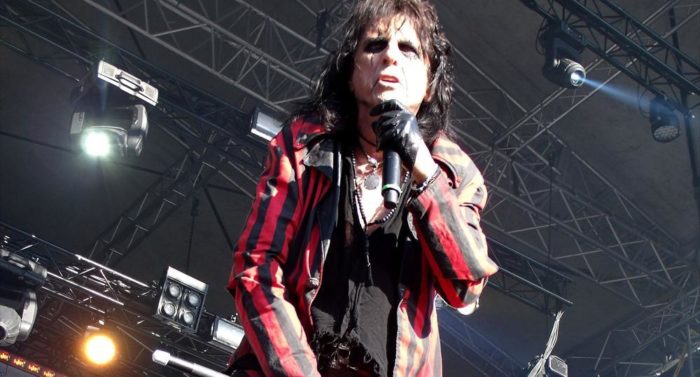 Alice Cooper, one of the grand old names of metal, stirs up the audience at a recent Tuska Festival.Photo: Katie Needham

The Helsinki-based Tuska Festival had always topped my bucket list. Its three summer days of metal mayhem always boast a lineup that caters exactly to my musical taste buds. Now I had finally made it to the festival, whose name can be translated as “agony.”

As I walk through the big, somewhat menacing gates of Tuska Festival, the 15-year-old metal-crazed fan inside of me is already screaming that I have arrived home. On the agenda: joining 25,000 metal-crazed maniacs to witness around 50 Finnish and foreign bands. In any given year, the range of groups could include everything from Swedish death-metal (Bloodbath, for example) to American grooves (Lamb of God), and from beautiful Australian instrumentation (Ne Obliviscaris) to cheese-soaked anthems (Alice Cooper).

Unlike the British metal festivals I’ve been attending religiously for half a decade, Tuska offers a fresh air of calmness among the monstrous riffs. This is a festival for the metal family.

Families clad in jackets with emblems of their favourite bands beam smiles to their heroes; couples headbang hand-in-hand; and friends share a laugh over a cold Finnish beer. Festival spirit is in full swing and, if anything, it showcases the amiable personality of the Finns. 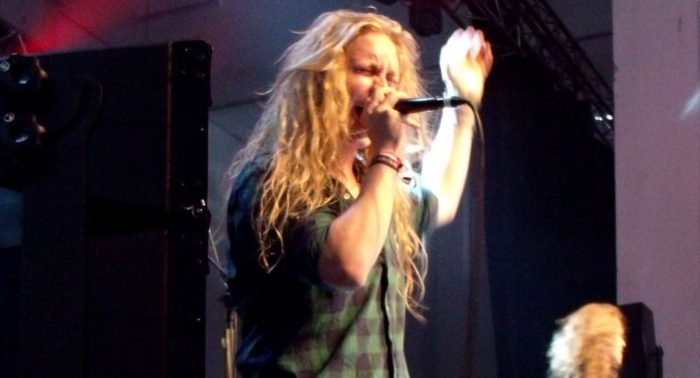 Prior to my journey from Manchester, I had held some assumptions about Finland. I expected a Nordic wonderland where heavy metal was common. For the most part, my expectations were correct, as heavy metal is widely accepted in Finland.

The streets of Helsinki are home to numerous heavy metal theme bars where a long-haired community of metal-loving people congregates. The guys from Helsinki band Shiraz Lane, which I saw on Tuska’s club stage when I went, tell me that metal is just part of the Finnish culture. According to them, the general Finnish attitude is, “If it’s not metal, it’s not cool.” They also think the cold, dark winter weather might be one reason why people like to listen to metal.

Yet as the Helsinki summer sunshine beats down on my face, perhaps the biggest surprise of my adventure in Finland is the open-armed, generous personality of the Finnish people. Though my language skills are minimal to say the least, it was rather surprising that I managed to connect and bond with so many Finnish metal fans, showing that a common love for music is bigger than you’d ever imagine.

You can see it clearly at Tuska. The thousands of people who attend may appear intimidating to outsiders, and understandably so. T-shirts display graphic artwork, bands portray themes of horror and mosh pits appear to champion violence. Yet the reality is quite the opposite. It seems like every single festival participant smiles and engages you in conversation. Perhaps it’s the attitude of the Finnish people, or maybe metal forms a bond that goes beyond nationality and unites people in a common love of music. 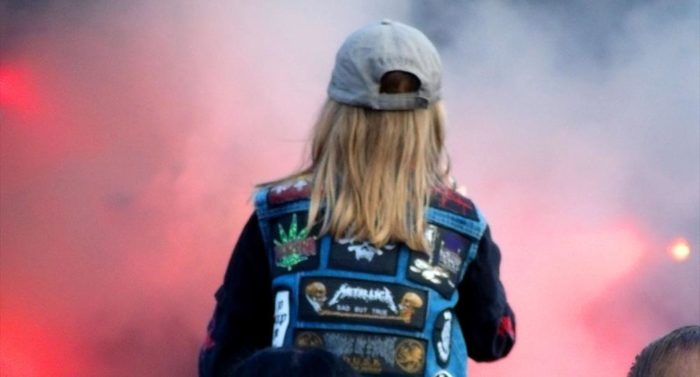 On a Helsinki summer night, a young metal fan waits to see who or what will emerge out of the smoke onstage.Photo: Katie Needham

The Finns’ welcoming attitude also translates to a love of food. My previous experience of food stalls at British music festivals had left a sour taste in my mouth, yet Finnish cuisine goes beyond my wildest dreams. Moose, reindeer, bear and numerous other bizarre yet brilliant meats were available during my pilgrimage, adding an extra level to my experience of the Tuska Festival and Finland as a whole.

They say that New York is the city that never sleeps, but judging by my experience this applies equally to Helsinki, in its own way. The white nights phenomenon means that, even in southern Finland, the summer sky hardly gets dark at all. This erases fatigue and allows party-loving people to keep going all day and night. It adds to the warm, welcoming feeling I’ve had ever since stepping off the plane. Bars cater to all walks of life and musical preference, and idyllic pubs offer a variety of ales you’ve probably never heard of.

With gorgeous scenery everywhere I look, Finland strikes me as the hidden gem of Europe. Lakes and forests rich in wildlife are found only a stone’s throw away from a capital city bursting with culture.

At the same time, Finland also feels like the place where heavy metal and its subculture belong. It’s common for metal to remain underground in most societies, but Helsinki prides itself on the alternative. People walk the streets without bias, and the Tuska Festival only reinforces this attitude. So as I watch Finnish metal heroes Amorphis intertwine beauty and brutality, I have never felt more comfortable. I may be miles away from Manchester, but in the warm embrace of the Helsinki metal community I feel at home.