Finnish music godfather up for a Grammy

Composer Einojuhani Rautavaara’s opera “Kaivos,” censored during the Cold War, has been rediscovered and nominated for a Grammy.

Lost for half a century, the first opera by Finland’s leading contemporary composer is rediscovered and nominated for a Grammy award. In an exclusive interview with thisisFINLAND, Einojuhani Rautavaara recalls a work considered so inflammatory that it was suppressed during the Cold War.

Rautavaara, born in 1928 and still actively composing, began writing the music and lyrics for his first opera, Kaivos (The Mine) in Switzerland in 1957. He found his inspiration in an ill-fated miners’ strike that had taken place in Soviet-dominated Hungary.

In Finland – then walking a tightrope between East and West – the subject matter was considered politically dangerous. A toned-down concert version was broadcast on Finnish television in 1963.

Then the piece was virtually forgotten until a summer evening in 2008, when conductor Hannu Lintu visited Rautavaara.

The story of a damn good opera 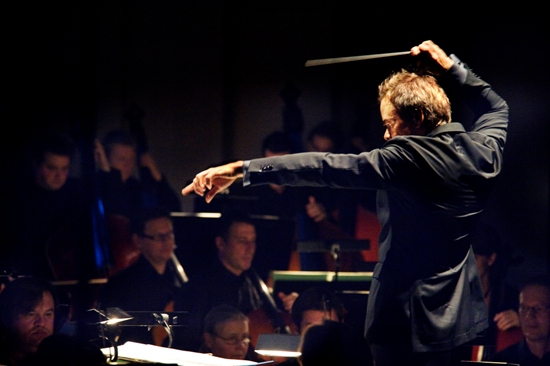 “He mentioned Kaivos and I was like, ‘Sorry, what are you talking about?’” recalls Lintu. “I’d never heard of it. So he started to tell the story of the opera. Hearing that some of the music ended up in his string pieces, I knew it must be damn good.” The two went over it, Rautavaara making some slight revisions, and the tragic work premiered in Tampere in late 2010 with the composer in attendance.

“That performance made me hope that this 50-year-old work would at last find its way onto an opera stage as well,” says Rautavaara. “It was very frustrating that it was not staged back in the ’60s. That’s the reason why I stopped writing operas until the 1980s.”

Rautavaara went on to compose four more acclaimed operas. He is also popular for more accessible pieces such as Cantus Arcticus, which incorporates birdsongs he recorded in northern Finland. 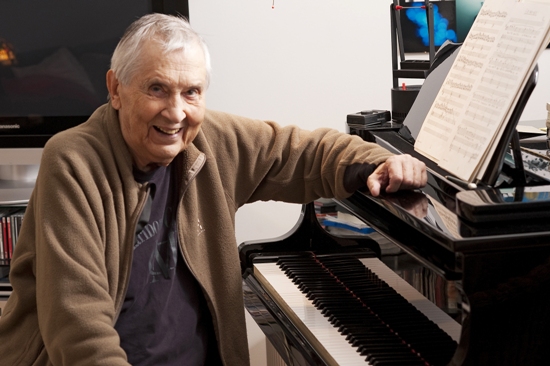 Einojuhani Rautavaara sits at the piano that occupies a prominent place in his living room.Photo: Ari Korkala/FIMIC

How did the opera sound to the composer after all these years? “I was surprised to hear that it really was possible to create eloquent, touching music based on 12-tone technique,” he recalls. Also known as dodecaphony, this rigid technique was in vogue in the mid-20th century as part of the serialism movement.

Rautavaara later abandoned these strict methods in favour of a more melodic, mystical style epitomised by Angel of Light, his seventh symphony. “I realised that serialism, brought to its logical extreme – as I did in my Fourth Symphony in 1962 – produced music which no longer expressed my intuition. Rather, it became more or less mechanical. Even now, though, I often use my own variation of 12-tone technique.”

Lintu believes the work marks a crucial turning point in Rautavaara’s career. “It’s a key work because he changed his style during the composition of this piece,” says Lintu. “The music is actually quite scary and frightening at the beginning, because it’s so strictly dodecaphonic. Towards the end, he goes in a more romantic direction. On the final pages of this opera, we can actually hear the Rautavaara whom we know.”

“Something happened to his compositional style during this piece – perhaps something in the text or the story had something to do with his change of style,” says Lintu, hinting at a parallel between the doomed miners’ rejection of totalitarianism and Rautavaara’s rebellion against Central European musical authoritarianism.

“We’ve found the piece where he switched from very strict modernism to the more romantic direction. It’s an important opera – a missing link in his career.” 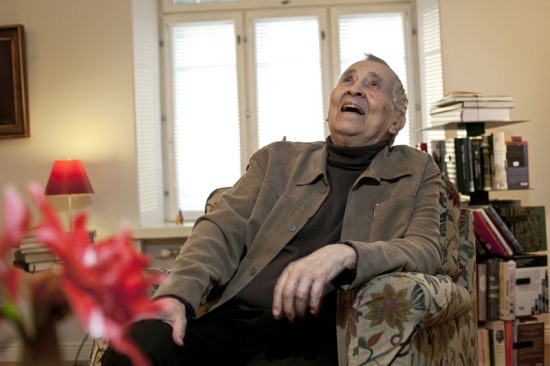 In good spirits: Rautavaara hopes that a full-scale opera production of “Kaivos” may be staged some day.Photo: Sakari Viika

In 1955, the 90-year-old Jean Sibelius chose Rautavaara as the winner of a Sibelius scholarship to study in the US. The budding composer studied for two years at Juilliard in New York and took a summer course taught by Aaron Copland. After studies in Switzerland and Germany, Rautavaara earned a degree from Helsinki’s Sibelius Academy – where he later taught composition for decades.

“Rautavaara is an important figure for all of us,” says Lintu. “He has helped young composers, as he himself was helped by Sibelius. He has been very generous. We can always visit him to talk about music. He’s Godfather Number One in Finnish musical life!”

Rautavaara remains busy, now composing a quintet for New York’s Chamber Music Society. Meanwhile, the Grammies are handed out in Los Angeles on February 12, 2012. [Editor’s note: On the big day, Kaivos did not end up winning the Grammy.]

“The nomination is a great honour,” adds Rautavaara. “It gives me faith in the future of Kaivos.”