We meet Riikka Pulkkinen, whose novels earn her a place in the upper ranks of young Finnish authors.

Author Riikka Pulkkinen is interested in “questions about life and existence, to which I am looking for fundamental answers in my prose.”

With her first novel, The Limit, Riikka Pulkkinen showed that she belongs to the upper echelons of young Finnish authors. Her following novels, True and The Book of Strangers, confirmed her success.

Pulkkinen’s second bestseller, True, was translated into many languages, including English, in 2012. Her thrilling debut novel, The Limit, published in English in 2013 and recently made into a TV miniseries in Finland, deals with fundamental themes of literature and ancient tragedy: fate versus free choice; law versus inner ethical principles; death and love.

“On the day Anja Aropalo decided to die, the weather was as sweet and dense as a web of sugar,” the novel begins. The 53-year-old, childless literature professor uses pills to write the words “misery”, “life”, “burden” and “love” and then swallows the words. But the suicide does not succeed. 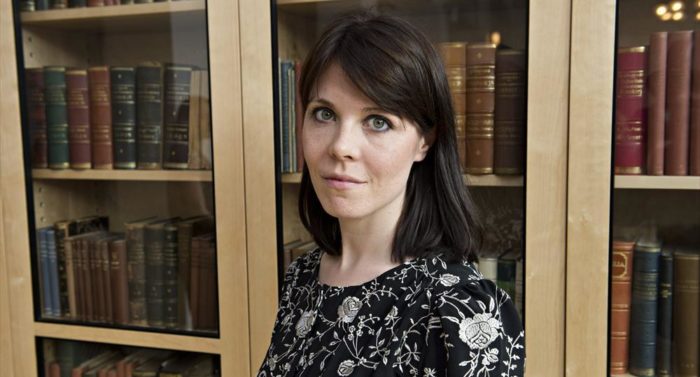 Riikka Pulkkinen’s debut novel has been made into a TV miniseries in Finland.Photo: Mikko Stig/Lehtikuva

The book is about suicide, death fantasies and euthanasia. It also examines the conflicts that result from Anja’s niece Mary becoming a woman while Anja is coming to grips with aging.

Anja’s husband, an architect who finds himself “at the mouth of the tunnel of oblivion,” asks his wife to kill him as soon as Alzheimer’s disease takes full control of him.

“Anja looked into her husband’s eyes and realised that two worlds had distanced themselves from each other,” Pulkkinen writes. Anja has to choose between love, loyalty to her husband, her own ambivalent feelings and the law that prohibits euthanasia.

Meanwhile her self-mutilating, rebellious, 16-year-old niece Mary, finding herself trapped in a destructive love affair with her married teacher Julian, believes that “thinking about death is a game.” 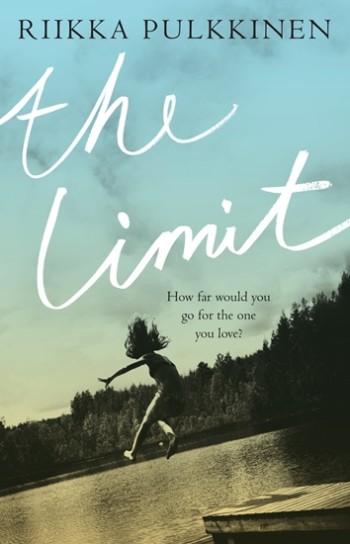 The fates of women and girls play a central role in Pulkkinen’s novels.Cover: Scribe Publications

“Love and desire, where is the borderline?” the teacher asks his class. The book’s title in Finnish, Raja, translates as “border” or “limit.” The book talks about outer limits and borderline situations, which differ depending on a person’s age.

“On one hand, the novel is about the request: ‘Kill me!’” says Pulkkinen, a sensitive author and columnist, born in 1980 in the northern Finnish city of Oulu. “Mary asks the teacher Julian to do it and Anja’s husband begs Anja to do it.

“On the other hand, there is still the commandment, ‘Thou shalt not kill!’ The theme of the novel emerges from these contradictory requests and demands. How can you kill one and at the same time save the other?”

Pulkkinen wanted to examine the clash of laws, requests and desire in the context of life, death and love. “Through this, a tragedy or metatragedy developed, a form I also wanted to explore.” 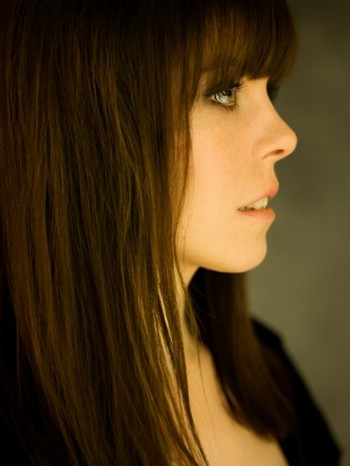 Pulkkinen describes herself as a person who worries a little too much.Photo: Jouni Harala/Otava

Pulkkinen, a former athlete who describes herself as a person who worries a little too much, is interested in “questions about life and existence, to which I am looking for fundamental answers in my prose.”

Her novel Vieras (The Book of Strangers), published in Finnish in 2012, deals with otherness, migrants, culture, religion and body image in Finnish society. Finland was homogenous for a long time, in contrast to the melting pot of New York, which also features in the novel.

“A person can set foot in a new land,” the book says. “The land will receive her. Yet she remains a stranger as she is a stranger unto herself, as long as she carries within her that voiceless unknown that bears no name.”

Again, the fates of women and girls play a central role. According to Pulkkinen, the Finnish model of a woman has always been that of a victim and was based on stories of struggles against society.

“But Finnish society has become more egalitarian than its cultural image of women,” says Pulkkinen, who has a young daughter. “Women authors always used to write at night, and the rest of the time they took care of their children, home and possibly a day job. It is good that nowadays Finnish women can hand over their children to a kindergarten teacher, go work on a novel in a café, and then even go for a manicure.” Pulkkinen smiles.