Albert Edelfelt in his studio in Paris ca. 1900.

From promising young Finnish painter to European celebrity, Albert Edelfelt was Finland’s first cosmopolitan art icon. His work was admired by, among many others, Vincent van Gogh. Declining a professorship at the Imperial Academy of Arts in St. Petersburg, Edelfelt’s greatest passions were the Parisian lifestyle and summers spent in his native country.

Albert Edelfelt was born in 1854 into an aristocratic Swedish-speaking family. Despite this background, his childhood was financially strained. The father of the family died when Albert was only fifteen, leaving large debts behind. Nevertheless, Albert’s mother supported his artistic interest and ambitions throughout his formative years as a painter.

Though Edelfelt received art tutoring while studying languages and history at the Imperial University in Helsinki, he found art teaching in Finland backward. There were few art collections and the country lacked an inspiring artistic culture. He eventually gave up university and enrolled in the Antwerp Academy of Art in 1873. After studying historical painting for six months, he moved to Paris to continue his learning process.

From the outset, Edelfelt was certain that Paris was the right place for him to develop as a painter. The city’s museums and galleries provided endless possibilities to view paintings. The presence of like-minded artists and an ever-expanding circle of friends enabled him to have rousing discussions on art.

He was inspired by his contemporaries but was also strongly influenced by past masters such as Velazquez and Goya. Edelfelt travelled back to Finland in 1875 with a strong resolve to return to Paris as soon as possible.

The initial purpose of Edelfelt’s studies abroad was to become a history painter. Indeed, his first work to gain public recognition in Paris was Queen Bianca, a portrait depicting mediaeval times. 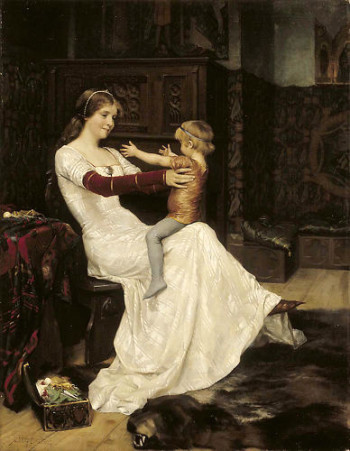 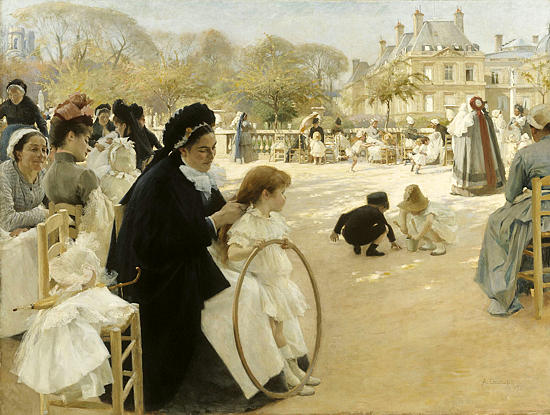 However, in France Edelfelt soon realised that plein air painting, illustrating contemporary reality rather than historical scenes, was what dominated the capital’s art world.

However, although Edelfelt lived in Paris for over fifteen years, he only painted one large outdoor work there – The Luxembourg Gardens. The inspiration for his other, comparable works came from Finnish subjects.

In the late 19th century, Paris epitomised all the attractions contemporary life had to offer. Besides art, Paris was also the capital city of consumption, technology, pleasure, and sensuality. While living there, Edelfelt painted numerous portraits of beautiful Parisian women, a few of whom were also objects of his affection. 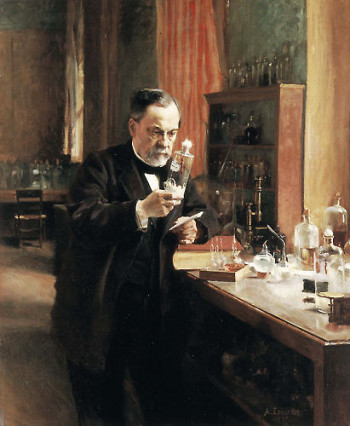 Most importantly, the city provided an opportunity to sell his paintings. The rich and powerful of Paris formed a clientele impossible to attain in Finland.

About half of Edelfelt’s works are portraits. Besides painting often unnamed female models, he also did several commissioned portraits. The most famous of these is the Portrait of Louis Pasteur. Edelfelt was fascinated by the scientific accomplishments of Pasteur and he spent several months studying his work and laboratory settings.

When the painting was finally finished, its popularity elevated Edelfelt to a celebrated position as one of the most proficient portraitists in Europe. Some years before this van Gogh had expressed his admiration of Edelfelt’s talent to show humane feelings in his works.

Queen Bianca became Edelfelt’s first work to appear in a public exhibition in Russia. At that time, Finland was an autonomous Grand Duchy of Russia and the painting was included in the Russian section at the 1878 World Exhibition in Paris.

The painter had close and confidential ties to the Russian court for years and was even granted sittings with Tsar Nicholas II in the Winter Palace. He was also commissioned to paint a number of portraits of the children of the Imperial Family.

Edelfelt was appointed a Full Member of the Imperial Academy of Arts in 1895. A year later, he was approached by Ilya Repin who offered him a professorship at the Academy. Feeling that St. Petersburg lacked the vibrant artistic life offered by Paris, he declined the offer.

The late 19th century saw growing concern in Finland over Russia’s policy of Russification. This played a significant role in the rise of nationalist and patriotic sentiments among Finns. Even though a goodwill ambassador between the two countries, Edelfelt never totally excluded himself from all this, and he did indeed contribute to the pro-Finland movement with illustrations and paintings on the 1808-9 Russo-Swedish War. 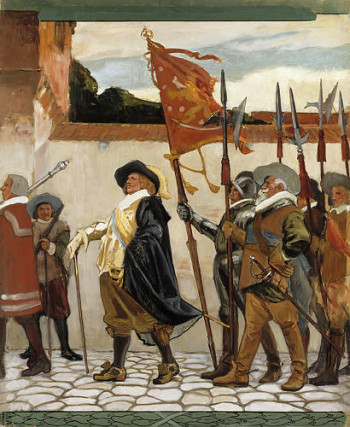 After his initial years of history painting, Edelfelt did not go truly back to this genre until the Inauguration of the Academy of Turku. This large scale work – depicting the founding of the Academy (later the University) in Turku in 1640 – was to be placed to the Great Hall of the University of Helsinki.

After meticulous preparation, Edelfelt began the actual work of painting in September 1904 and presented the finished work to the University in January 1905. The painting is widely regarded as the apex of his work, reflecting his roles as artist, cultural diplomat, and historian. Albert Edelfelt died in August 1905.