One hundred metres from the enemy: A Finnish machine-gun detachment on guard northeast of Lake Ladoga in February 1940.

“War in Finland?” Yes. On November 30, 1939, the day after this question appeared as the title of the New York Times editorial, the Soviet Union initiated a massive offensive against Finland.

The battle would last for 105 days, until March 13, 1940, with Finland, much to the surprise of most, remaining independent but ceding about 9 percent of its prewar territory and 20 percent of its industrial capacity to the Soviet Union.

As elsewhere, the outcome of the worldwide conflict shaped the nation. “The Winter War is always topical when speaking about Finnish self-consciousness” says Antero Holmila, a researcher at the University of Jyväskylä with a background in British academia, and the editor of a book entitled Talvisota muiden silmin (The Winter War through the Eyes of Others).

“A nostalgic view of Finland lives through the memory of the war,” says Holmila. “The war effort showed proof of moral values that were, and still are, held in high regard, such as patriotism and working together for a greater cause.” He seems to say that people dissatisfied with today’s diverse society seek the blueprint for a society that supposedly used to exist. But how accurate is that picture?

Rising above the national perspective 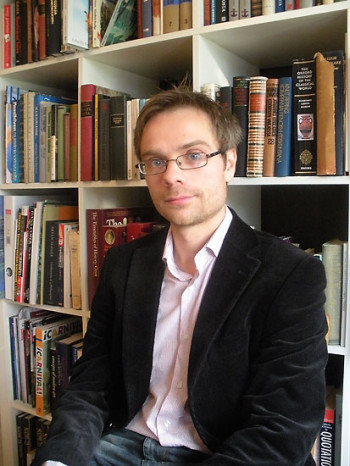 Holmila does not set out to provoke or challenge, but to seek room for more hues of history and nuances to the tale. Since the war is still strongly a part of Finnish culture and society, he wanted to deconstruct and broaden the scope of the traditional view of little heroic Finland. “I wanted to bring the international narrative to the forefront,” he explains. “Deconstructing national myths is not only a trend among historians, but an important direction to take.”

Holmila sees the Winter War as a part of European history and as one piece of the bigger Second World War puzzle. “Remembering our war does not differ much from how the Second World War at large is remembered in Europe. Having a last round of veterans and eyewitness accounts brings an added dimension to this anniversary and a chance to use history for politics. Pointing out the importance of the war is also one way of honouring the veterans,” he says. 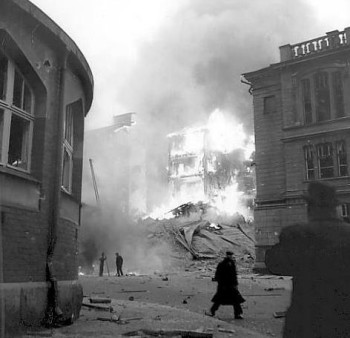 Holmila points out that the generally accepted view in Finland is that the outbreak of war was others’ doing. The culprits were the architects of the Molotov-Ribbentrop pact, in effect Nazi Germany and the Soviet Union. That view also affects how the entire conflict is discussed and remembered. There is little talk about regret, as there is in Germany, for example.

That does not mean that the memory of war is unproblematic. “I’d personally like to describe it as a trauma portrayed as an act of heroism. Obviously it is both, but with an emphasis on the former.” The war had hidden effects and the traumatic side has only just begun to be discussed. “The controversy surrounding the Huhtiniemi excavation, an alleged mass grave of Finnish deserters, is a recent example of how strongly people still feel about the war.” Silenced incidents continue to have a haunting presence.

“We’ve had a hard time accepting and fitting in suffering and trauma as a part of the success story,” Holmila explains. He also emphasises that it is both difficult and dangerous to generalise when speaking on a collective level: “For some the war, despite all its gruesome aspects, was a truly enjoyable time and a great purpose to live for. For others it was nothing but suffering.” 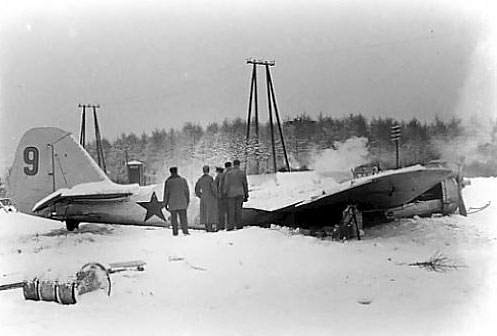 The Winter War did draw wide international attention. Holmila’s book looks into how foreign press viewed the conflict, with examples covering ten countries and three continents. The articles from Greece, Japan, Hungary and Great Britain show that foreign press emphasised and marvelled at the unity of the Finnish nation.

Holmila again raises a rhetorical finger: “It is important to acknowledge that they did this for their own national and often political purposes.” War loomed over the world and all countries were preparing for it.

Correspondents were also fascinated by the arctic aspect of the war. The snow, the cold climate and soldiers on skis wearing white camouflage formed novel and exotic experiences. This aspect is not far from what appeals foreigners in Finland today. Many correspondents chose to cover battles in Lapland, although the main struggle was fought on the Karelian Isthmus, in the southeastern part of Finland.

Correspondents weren’t sent to Finland immediately after the war broke out. Finland was expected to fall quickly, following the examples of Poland and Czechoslovakia. “The ensuing rush of war correspondents show a genuine interest in the turn of events” says Holmila.

All major publishing houses sent out correspondents, including thirty from Britain alone. The fact that the conflict took place in a time when news agencies had invested in wide networks of war correspondents but other fronts were rather quiet was an added reason for the attention. 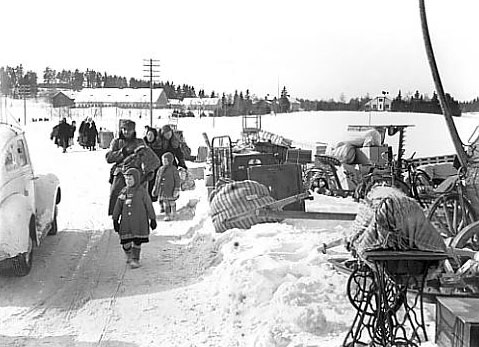 Carrying what they can, evacuees from Karelia assemble at the railway station in Elisenvaara on March 18, 1940.© SA-Kuva

The war also engaged some war correspondents strongly on an emotional level. The most prominent example of this is John Langdon-Davies, the prolific British journalist most famous for founding the aid agency Plan International and for his coverage of the Spanish Civil War. “The title of his war memoirs, Finland: The First Total War, is quite telling,” says Holmila. It is also a welcome foreign input into Finnish history.

“Finnish history writing is limited by the fact that it is written by Finns. The language sets such strong barriers. What would have become of the history of Vichy, France if it had been left to Frenchmen to study?” asks Holmila.

“Having foreign input has done the history of great powers a lot of good,” he continues. Luckily some of Finnish history, such as the Winter War, can also be analysed through Russian and Soviet sources.

Eighty years on, the Winter War legacy is both close and distant. Most importantly it is complex and interconnected with broader history. The Winter War is yet an example of that war, regardless of outcome, has a colossal cost and long-lasting and often unexpected effects.