The lightness of night in Helsinki

Short days and darkness force photographers to see things in a new light. See what we mean in this slideshow.

Wheels turn at Linnanmäki amusement park, which holds a special one-week autumn event long after its regular season is over. (An uncropped version of this photo is included in the slideshow below.)

For photographers, handling short days and darkness is a question of attitude. We look at the Helsinki night in a new light.

Waiting for the light to fade is part of the package for photographers in summer, when the enemy is the harsh, unsubtle glare of the midday summer sun. Autumn brings new challenges.

Handling the short days and abundance of darkness that accompany autumn and early winter in Finland is a question of attitude. If you’re prepared to keep your eyes open, city lights reflected in the rain, glistening autumn leaves and shadows on the sides of buildings have their own attraction.

Being a photographer is an advantage at this time of the year: It forces you to see things in a different light. Hopefully these shots will help those of you who put your cameras away for the winter to see Helsinki’s long nights in a new light. 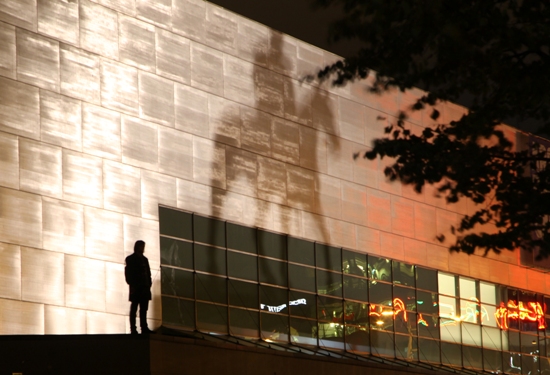 Shadow presence: A man stands outside the metal-clad Kiasma Museum of Contemporary Art, next to the shadow cast by the statue of national hero C.G. Mannerheim on his horse. Photo: Tim Bird 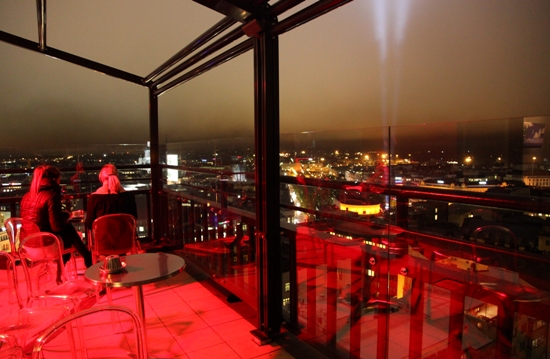 The tiny bar at the top of the Torni Hotel’s tower forms one of the best places to survey the city. Photo: Tim Bird 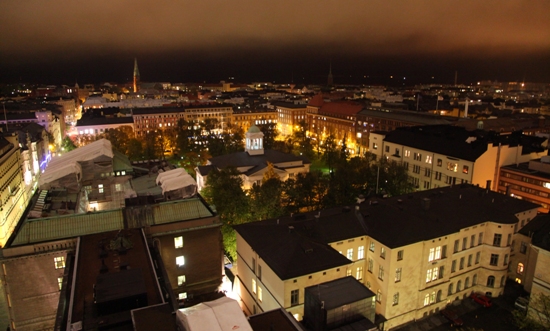 Rooftops and towers: Old Church and the surrounding park are visible in the centre, Johannes Church in the background at left and the needle-topped tower of Agricola Church barely discernable further right. Photo: Tim Bird 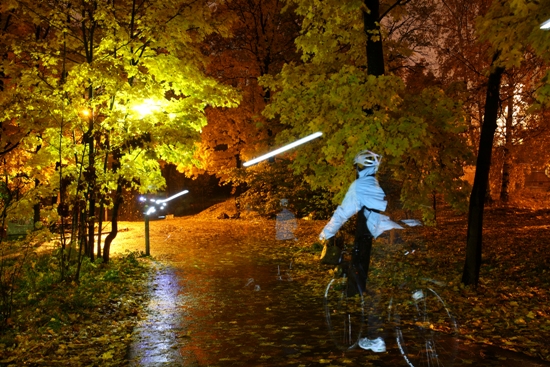 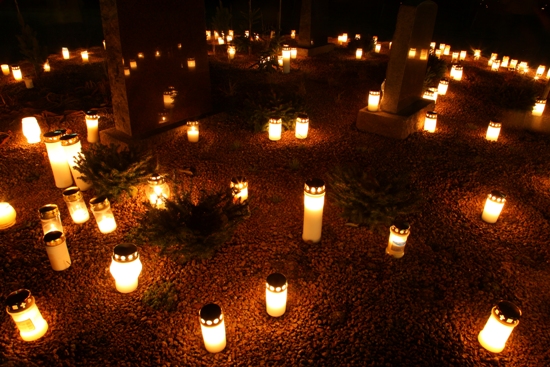 Many Finns have a tradition of placing candles at the graves of their loved ones on All Saints’ Day in late autumn and at Christmastime. Photo: Tim Bird 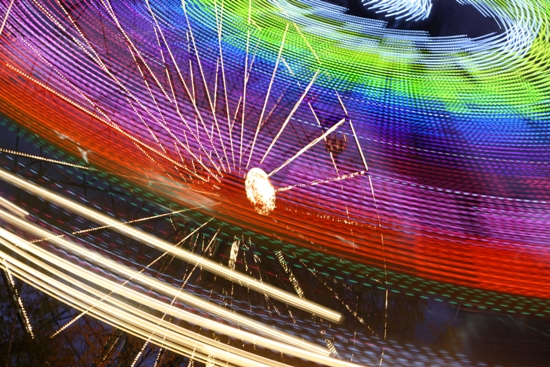 Wheels turn at Linnanmäki amusement park, which holds a special one-week autumn event long after its regular season is over. Photo: Tim Bird 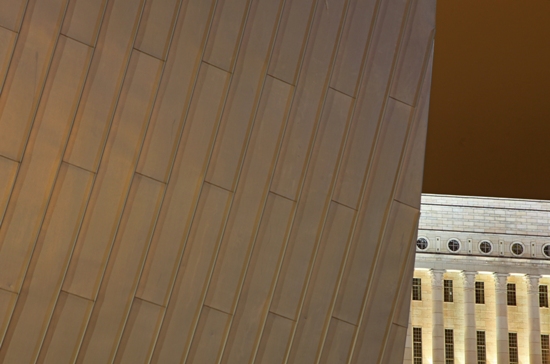 The pillars of Parliament are illuminated across the street from the Kiasma Museum of Contemporary Art. Photo: Tim Bird 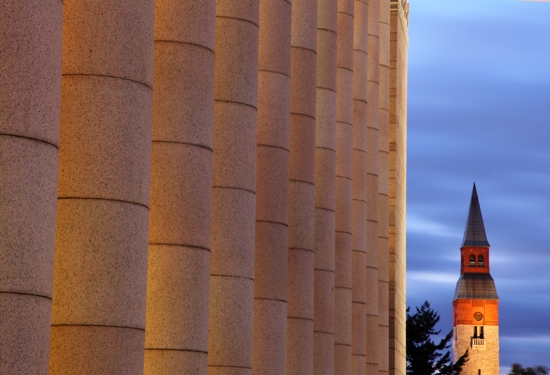 At the top of the Parliament building’s stairs, the National Museum is visible across a row of pillars. Photo: Tim Bird 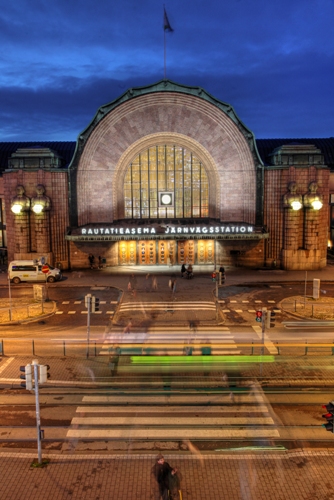 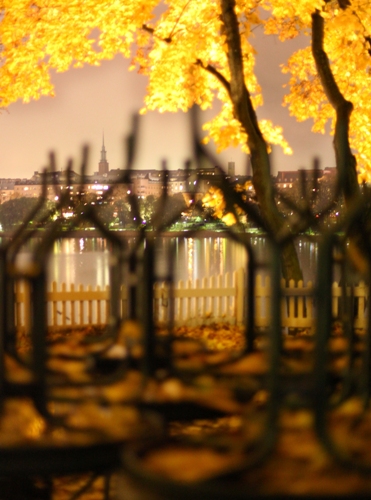 Café tables are stacked upside down under autumn foliage, to wait for the next warm weather. Photo: Tim Bird 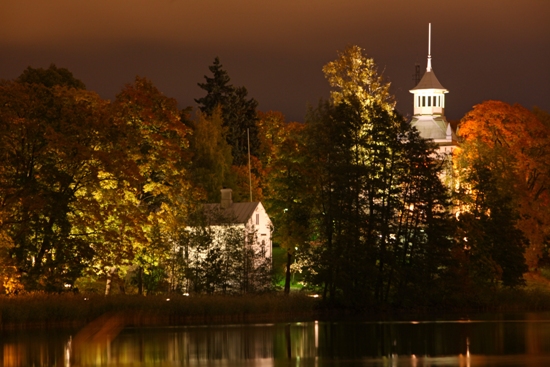 These villas on the east side of Töölö Bay date to the late 1800s. Photo: Tim Bird 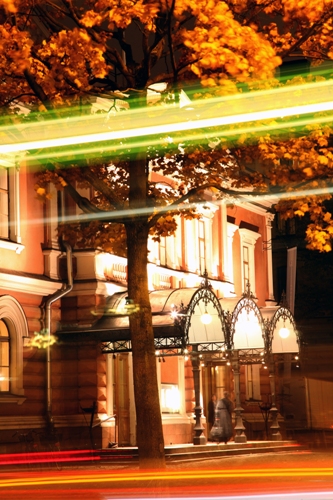 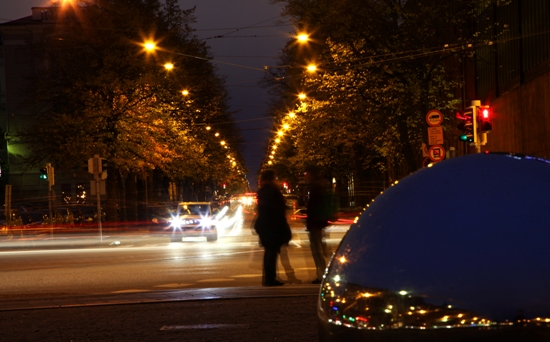 Headlights, traffic lights, streetlights and a sculpture frame a conversation at the west end of Bulevardi. Photo: Tim Bird 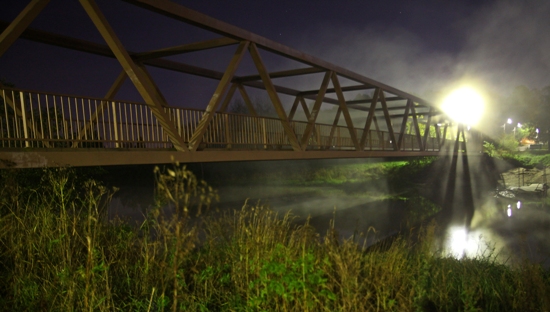 
Photos and text by Tim Bird
Captions by Peter Marten