Finland’s 188,000 lakes offer leisure activities all year round and show how the country invests in the environment.

Swimming in refreshing lake water forms a favourite summer pastime for many Finns – and in the winter there’s ice swimming if you’re brave enough (photo from Lake Kallavesi, near the city of Kuopio).

Finland boasts a staggering 188,000 lakes, which provide a focus for leisure activities all year round. We also look at how a tunnel connected to Finland’s deepest lake demonstrates a pioneering example of cleantech and environmental investment.

If one picture-perfect landscape is synonymous with Finland, it is the image of a vast blue lake disappearing into a horizon lined with brilliant green forest.

The Finnish dream involves having a lakeshore summer cottage, but lakes also play an important role in the day-to-day life of city dwellers.

“Lakes are culturally very important for many Finnish people,” says Seppo Rekolainen, director of the Freshwater Centre at the Finnish Environment Institute (known by its Finnish acronym, SYKE). “Even now, when most people live in cities, their roots are connected to the countryside, lakes and forest.”

Finland boasts a staggering 188,000 lakes. It is also a water-rich country in terms of water per person. “We have much more available water per capita compared to most countries in central and southern Europe,” Rekolainen states.

Fresh tastes from the lakes 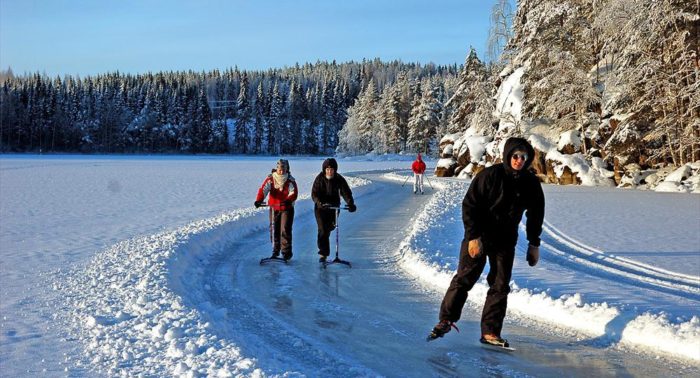 The largest lake in Finland is Lake Saimaa in the east of the country. At some 4,400 square kilometres (1,700 square miles), it is the fourth-largest natural freshwater lake in Europe.

The deepest lake in Finland, Lake Päijänne, reaches a depth of 95.3 metres (312 feet). Stretching some 120 kilometres (75 miles) between the cities of Lahti and Jyväskylä, it is a popular haven for Finns. Around 16,000 cottages line its shore, with fishing, boating and trekking popular pastimes. Furthermore, a wide variety of water transport connects cities along its length.

Lake activities are not confined to the warmer months; the winter brings cross-country skiing, skating, kick-sledding, snowmobiling and snowshoeing to the frozen surfaces. 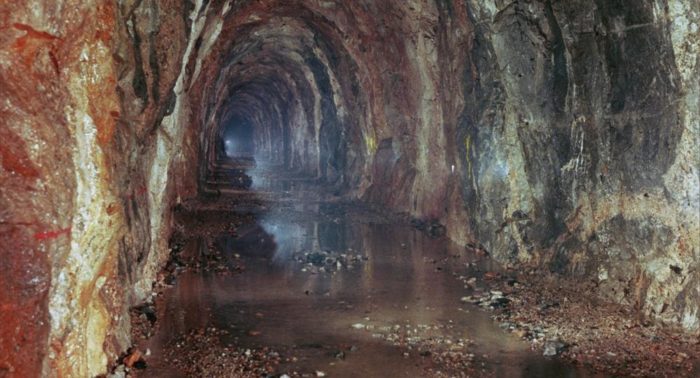 Water travels from Lake Päijänne to Helsinki through this tunnel in the bedrock (photo taken before the tunnel was finished).Photo: HSY

Lake Päijänne also provides drinking water to the around one million residents in the capital region.

When it was decided in the 1960s to tap into this resource, one obvious question needed to be asked: How can the lake water be transported to Helsinki? The answer: Build a tunnel.

Located between 30 and 100 metres  (98 and 328 feet) underground, water travels at an average intake of 3.1 cubic metres (109 cubic feet) per second downhill from the lake to the capital region through a tunnel in the bedrock. At around 120 kilometres (75 miles) in length, it forms the world’s second-longest continuous rock tunnel.

“It was a great innovation of its time,” states Veli-Pekka Vuorilehto, director of the water treatment division at the Helsinki Region Environmental Services Authority (called HSY in Finnish). “It was a long-term solution to ensuring a water supply. We are now using only one-third of the tunnel’s capacity.” 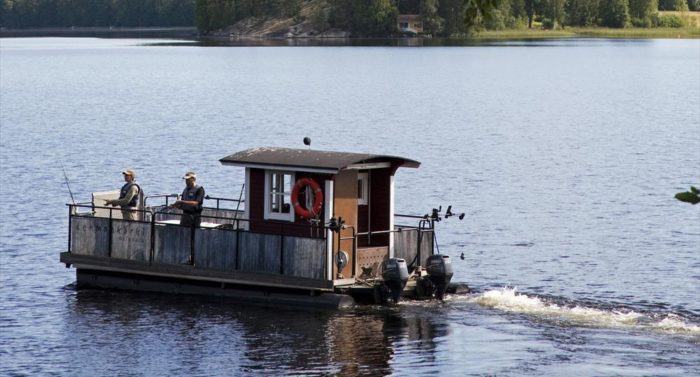 Fishing and boating are popular on Lake Päijänne and many other Finnish lakes.Photo: Visit Finland

Some of the raw water is channelled elsewhere to help improve water quality, however the lion’s share goes through the HSY water treatment plants in Pitkäkoski and Vanhakaupunki. Given that the source water is of high quality, the several stages of treatment do not include the addition of many chemicals.

Aside from the practical purpose of transporting water, the tunnel’s flow is also utilised to produce some seven million kilowatt-hours of electricity annually at the Kalliomäki hydroelectric power plant. Other innovations are also being introduced.

“By decreasing the water temperature by 0.1 degrees Celsius, we can use it to heat our water treatment plant,” Vuorilehto says. “The idea is basically the same as geothermal heat: a huge amount of water contains a huge amount of warmth.”

With many companies now heavily involved in finding more environmentally friendly ways of approaching innovations, Vuorilehto sees the Päijänne tunnel as a pioneering example of cleantech.

“We get a sufficient amount of raw water that is relatively easy and light to handle, and the environmental impacts are much smaller than if we take water from elsewhere. We also create electricity and heat. The whole tunnel is an environmental investment.”