“We cannot choose our origin or the colour of our skin, but we should be able to choose our goals,” says Nasima Razmyar.

Finland celebrates Equality Day every year on March 19 in honour of writer, social activist and women’s rights advocate Minna Canth (1844–1897). We look at one of many modern-day Finnish success stories where Canth’s legacy remains visible.

Nasima Razmyar was born in Kabul, the capital of Afghanistan, in 1984. Her father worked as a diplomat, and the family followed him to Moscow. During the unrest in Afghanistan in 1992, the family came to Finland as refugees. In Finland, Razmyar has pursued her dreams with great determination.

Razmyar started school in Finland at the age of eight. She was nervous about the first day. In Finland, children are entitled to lessons in their native language. Razmyar did not know any Finnish, and she was afraid that no one would play with her. Her fear turned out to be unfounded: she made new friends immediately. No words were needed – children can communicate in many other ways.

Razmyar had always admired her father, and she dreamed about a job in politics. Instead of party games, her father used to organise news quizzes for the children. She and her little brother learned to keep up with international politics. They were interested in events in Afghanistan and Finland, their new home country.

Passing the good deeds on 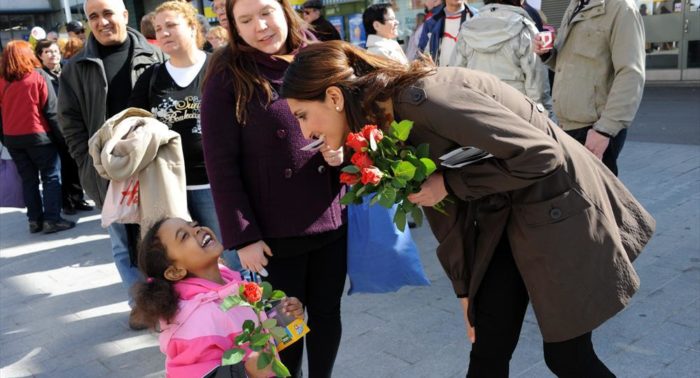 Outside a Helsinki shopping centre, Nasima Razmyar chats with people during the parliamentary election campaign of 2011.Photo: Sari Gustafsson/Lehtikuva

Active and outgoing by nature, Razmyar engaged in peer support and student association activities while at school. Collaboration, a practical approach to problems and a positive outlook on life have continued to guide her choices.

“The people of Finland helped my family when we needed it the most,” says Razmyar. “I want to pass their good deeds on.”

Her language skills and international background have become valuable resources. In addition to Dari, her native language, she speaks Finnish, Swedish, English and Russian. She soon found herself helping immigrants, women, children and young people through various organisations, where she also held leadership positions.

She completed training to serve as a support person for immigrant women who have experienced violence, and took a mental health first-aid course organised by the Finnish Central Association for Mental Health. In addition, she studied political science and graduated as a community pedagogue from the HUMAK University of Applied Sciences in Helsinki. 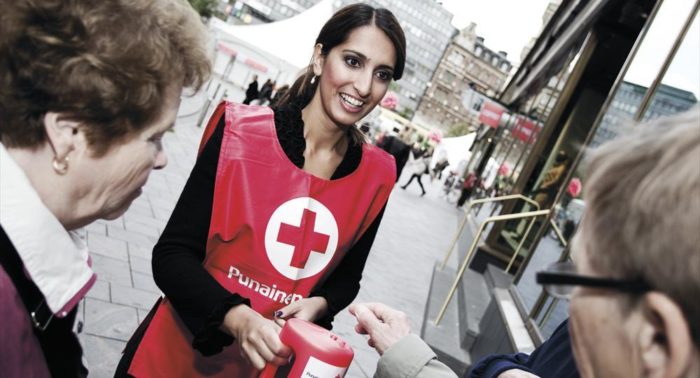 Razmyar served as project manager for Monika, the Multicultural Women’s Association in Finland, in establishing the Multicultural Women’s House. In 2010, she was selected as Refugee Woman of the Year for her work to promote equality and diversity, which had also gained national publicity. In the same year, she was elected as a city councillor in Helsinki. In 2011, she was elected as a deputy Member of Parliament and has since worked as a political assistant and communications secretary in the Finnish Parliament. Razmyar’s dream is to represent Finland in the European Parliament one day.

She would love to represent the country that gave her a home and an opportunity to pursue the education of her choice. As a young woman, it might have been difficult for her to achieve the same elsewhere. She has worked hard to achieve her goals, but her persistence has paid off, as women in Finland have walked the path before her.

Razmyar has come to terms with her celebrity, even though she sometimes feels burdened by it. “I have wanted to give a face to immigrants,” she says. “We cannot choose our origin or the colour of our skin, but we should be able to choose our goals.”

In her work, Razmyar focuses on promoting equality; social justice; and employee and consumer rights.

The northern conditions in Finland may feel challenging at times, but Razmyar cannot imagine anything more beautiful than summers and winters in Finland. She also met the love of her life in Finland – which makes her feel that her path did not lead to Finland completely by chance.