It’s official: Helsinki places fifth on Monocle magazine’s Most Liveable Cities Index – for the third year in a row.

The Finnish capital ranks among the top five cities in the world: Why not celebrate the good news with some strawberries on Helsinki's Market Square?

It’s official: For the third year in a row, Helsinki makes the top five in Monocle’s list of the world’s most liveable cities.

When the esteemed Monocle magazine, edited by guru of cool Tyler Brûlé, recently released its annual Most Liveable Cities Index, it again heaped compliments upon the Finnish capital. The magazine’s researchers spend months compiling their top 25, putting the world’s leading cities through a rigorous evaluation process. They rank the cities based on a range of criteria including education, public transport, crime rates and hours of sunshine.

Helsinki, a region of 1.3 million inhabitants, has been strong at fifth place in the Monocle index for three years in a row. It scores praise for its high level of state-funded education. Medical care is almost entirely financed by tax revenue, the city is unveiling several new institutions to boost small businesses and, as of 2014, residents will enjoy the convenience of a new Ring Rail Line around the metropolitan area.

This northern capital has truly come out of its shell. Gone are the days when Helsinki could be referred to as the “little brother of Stockholm”. (By the way, the Swedish capital placed sixth.) The Finnish capital is in the midst of the greatest infrastructure upgrade it has seen in a century, and it is gearing up for its year as World Design Capital in 2012. 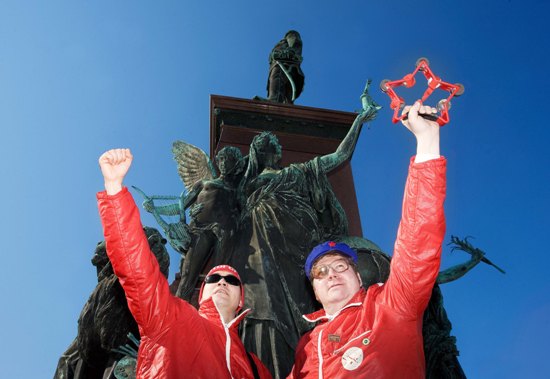 On the international level, Monocle mentions that Helsinki-Vantaa Airport forms a major base for Asia-bound Europeans, and that a high-speed rail connection will soon cut several hours off the train trip to St Petersburg in neighbouring Russia. At this rate, Helsinki is slated to become one of Europe’s most visited capitals, and will likely enjoy its ranking at the top of the charts for quite some time.