Go with the flow along the Vantaa River

The rapids at Vanhakaupunki, where the river meets the sea, are popular with serious anglers and hopeful hook-danglers alike.

The Vantaa River (Vantaanjoki) forms one of Helsinki’s most charming and versatile (and to visitors, least-known) leisure-time assets. It meanders from its source at Lake Erkylä along a 100-kilometre course to the sea at the rapids at Vanhakaupunki (Old Town), where Helsinki was founded in 1550. The river makes a hook around the north and east of the capital area, skirting the verdant Keskuspuisto (Central Park).

In summer, the river comes into its own, providing one of the area’s best cycling routes – bike paths run along both banks. It also attracts anglers, kayakers and picnickers, as well as swimmers and sunbathers at a number of sandy beaches.

Our picture series takes a colourful summer voyage along the river, reflecting its moods and revealing some of the annual attractions close to its banks. 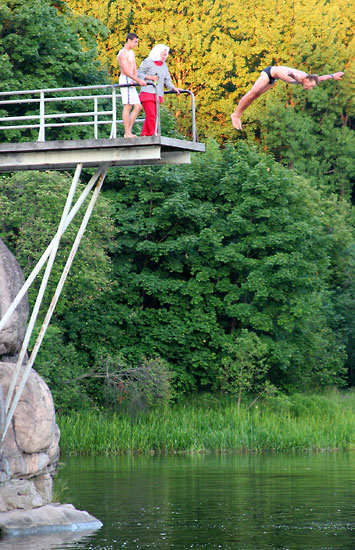 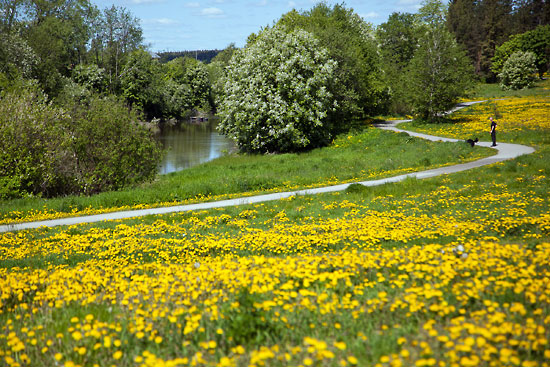 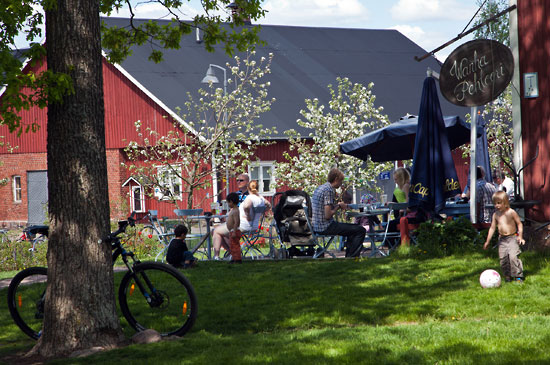 The café at the Haltiala farm could be in any rural corner of Finland – but it’s barely 30 minutes from central Helsinki. Photo: Tim Bird 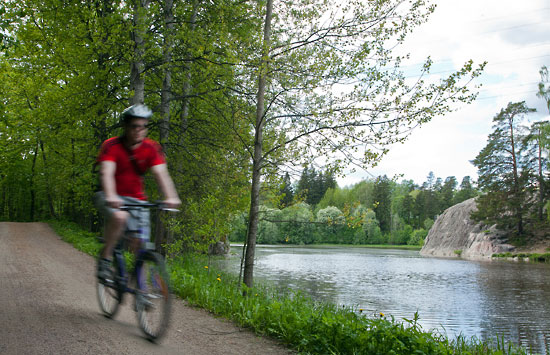 Bike trails run along the Vantaa River from the rapids at Pitkäkoski in the north downstream to Vanhakaupunki, making a superb half-day outing. Photo: Tim Bird 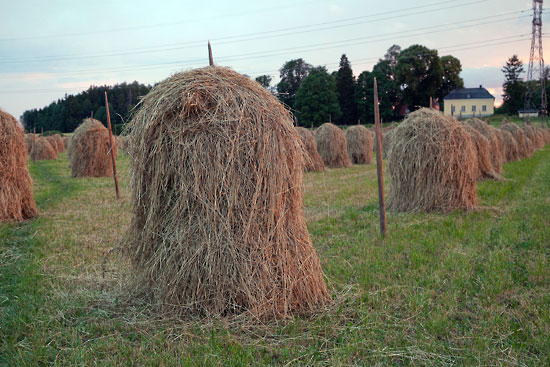 Every July traditional haystacks are built in the fields near the bridge at Tapaninvainio and a celebratory summer dance takes place at the Tuomarinkylä manor house. Photo: Tim Bird 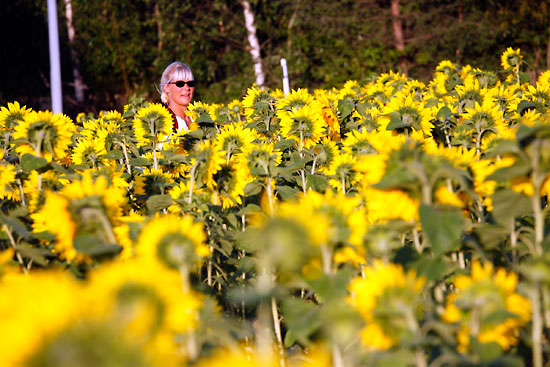 The banks of the river on the northern edge of Helsinki are converted to a golden blaze when some fields are turned over to free, pick-your-own sunflowers in late summer. Photo: Tim Bird 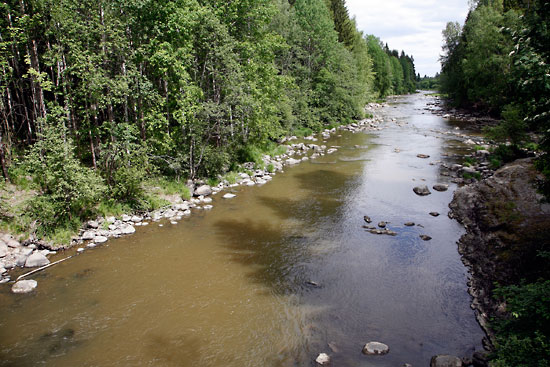 After the spring flood, the rapids at Pitkäkoski, on the edge of the Keskuspuisto (Central Park), revert to a restful tumble. Photo: Tim Bird 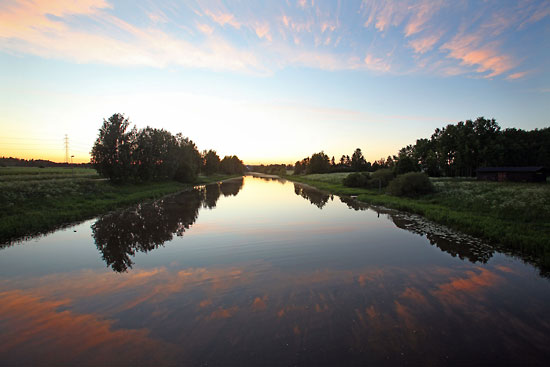 The slow descent of the sun on long summer evenings provides spectacular sunsets which are eerily reflected in the still waters of the Vantaa River. Photo: Tim Bird 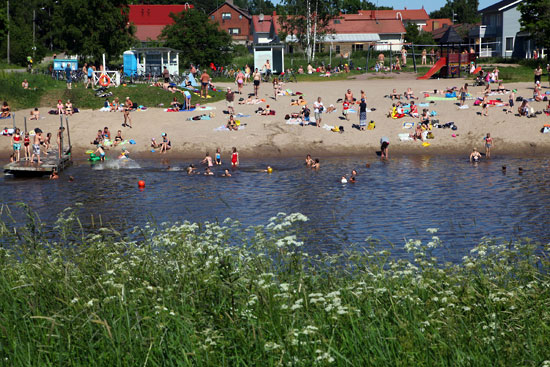 A number of beaches along the banks of the river – this one is at Tapaninvainio – provide refreshing relief on sultry summer days. Photo: Tim Bird 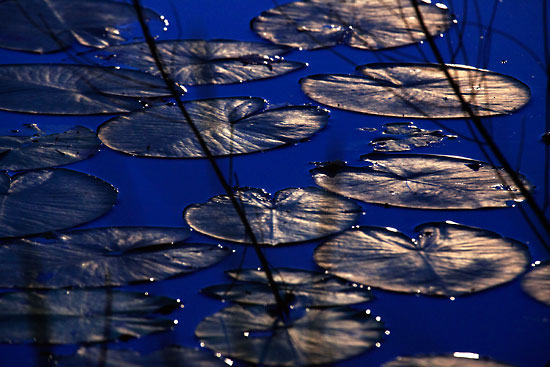 Moonlight on the river lilies: The Vantaa River possesses a unique and restful magic on summer nights. Photo: Tim Bird 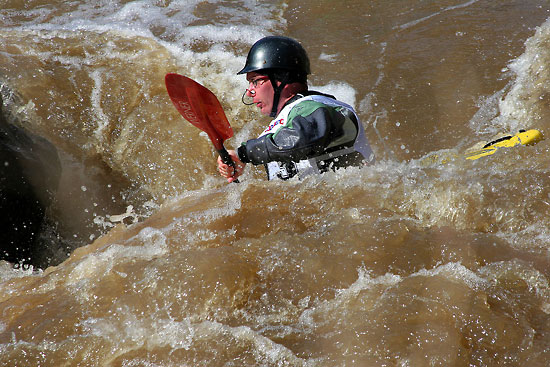 Canoe contests are held on the Vantaa River when the rapids are at their liveliest. Photo: Tim Bird 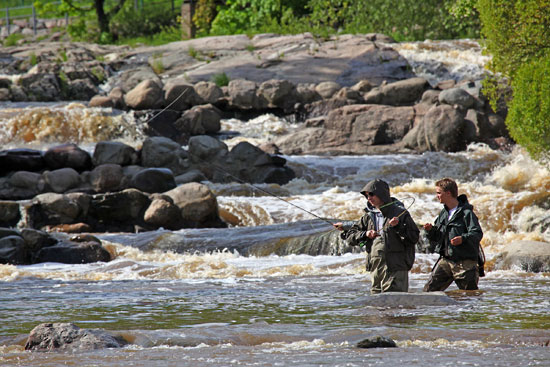 The rapids at Vanhakaupunki, where the river meets the sea, are popular with serious anglers and hopeful hook-danglers alike. Photo: Tim Bird

Text and photos by Tim Bird