Jouko Sipilä and his daughter Hanna Sipilä have planted a simple monument to mark the Weber point, or centre of population, on their forested property in southern Finland.

Spruce trees reach for the sky overhead, offering welcome shade from the sun on a warm day. “These trees are about my age,” says Jouko Sipilä, who is 70 years old at the time of writing.

We’re standing in a forest on Sipilä’s land near the village of Eteläinen. The name means “southern,” and the place is technically within the municipal borders of the southern Finnish city of Hämeenlinna. The location is what you’d justifiably describe as “in the middle of nowhere.” Yet in one sense, we are at the centre of Finland – or more precisely, at Finland’s centre of population.

In April 2020, Jouko and his daughter Hanna, 45, were enjoying an outdoor lunch nearby when they received an email from Statistics Finland: the Weber point was now in their territory.

Named after German economist and geographer Alfred Weber (1868–1958), the Weber point is the geometric median, the point where the sum of distances is minimised. Does that sound complicated? Well it is somewhat complex. It means that the Sipilä family land contains the place where the average distance from every Finnish resident’s home is at its shortest.

A hay pole marks the spot 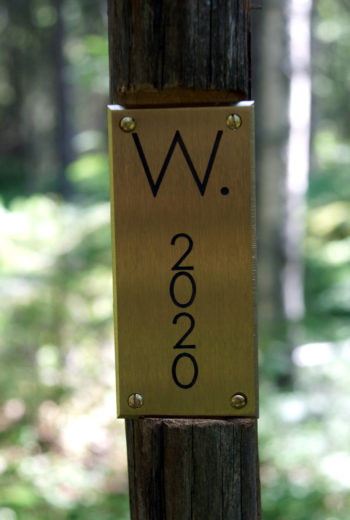 The plaque on the hay pole at the Weber point near Eteläinen carries the inscription “W. 2020.”Photo: Juha Mäkinen

It’s an intriguing idea: If all 5.5 million Finns wanted to gather together, this would be the fairest choice of location – in theory, at least. In real life, transportation considerations would weigh heavily in the decision – not to mention space considerations and other factors.

Since Finland’s population is concentrated in the southern part of the country, people from Helsinki would need to travel a little more than 100 kilometres (60 miles), but folks from Utsjoki, in the far north on the Norwegian border, would have to journey more than ten times that distance.

As for Mr Sipilä, he can simply walk about 1.5 kilometres (almost one mile) and enjoy being in the middle of his 5.5 million fellow citizens.

The Sipiläs don’t make a big fuss about having the Weber point on their land.

“We were going to host a small party for the people in the village, but that was postponed because of the coronavirus,” says Hanna. She lives in Helsinki, but due to the pandemic she was furloughed and spent the spring and early summer of 2020 with her father.

Nevertheless, they have put up small signs indicating the location. A minimalistic plaque attached to a hay pole marks the spot, but Jouko and Hanna have discussed the idea of installing a more permanent marker. 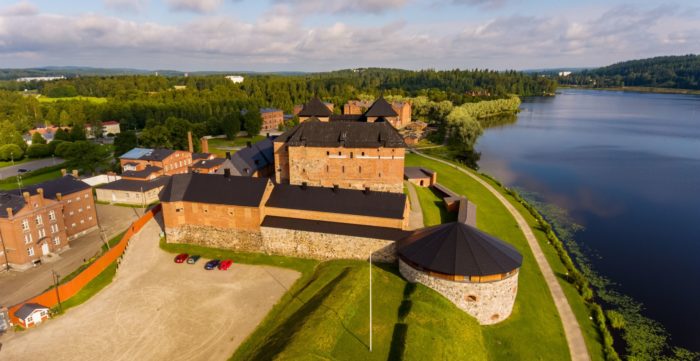 Certain criteria linked to population distribution suggest that Hämeenlinna, named after its lakeside medieval fortress, would be an ideal spot for companies to set up logistics centres.Photo: Tero Sivula/Lehtikuva

In accordance with the Finnish legal concept of every person’s right, everyone has the right to roam the countryside freely, no matter who owns the land. So anyone can visit the Weber point near Eteläinen – while it is still there, that is.

Indeed, the Weber point is constantly on the move. As Finland’s population has steadily become increasingly concentrated in the southern cities, the point has quietly crept south at a speed of approximately one kilometre per year. This trend is likely to continue, so one year may suffice for the point to move beyond Jouko Sipilä’s land.

Actually, since the place where we are standing is based on a measurement from April 2020, several months before I visited the Sipiläs, the Weber point may have already moved by the time you read this. But Statistics Finland provides an update just once a year, so let us be content with this location for the moment.

The changes in population are also apparent in local life. Jouko remembers that when he was a child, the village school had some 50 pupils. These days, the same area has fewer than ten school-age children.

“A lot of people of my generation have moved to Helsinki, just as I have”, says Hanna. “But I do know a few who live here and commute to Helsinki for work.” While the capital exerts the strongest pull, other cities in Finland, most of them also in the southern end of the country, are attracting their share of the long-standing tendency toward urbanisation.

More than a mere curiosity 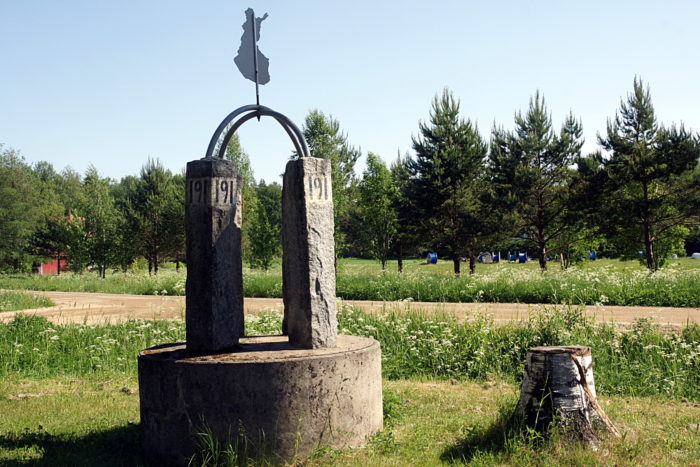 Mortal coil: A strangely poignant monument made out of concrete, stone and metal marks the spot that was Finland’s centre of population in the mid-1970s, located about 35 kilometres (22 miles) north of Eteläinen.Photo: Juha Mäkinen

The centre of population is a statistical curiosity, but it can be of serious interest to companies deciding where to set up their logistics centres. A research project at the University of Vaasa calculated the optimal locations for such centres in the Nordic countries. The project confirmed that, with certain variables, Hämeenlinna would indeed be the best spot in Finland.

In one famous example from the other side of the globe, the Weber point actually affected a major political decision. Brazil used it to determine the location of its brand new capital, Brasília, where the federal government moved in 1960.

If a similar decision were made in Finland, Hämeenlinna would be a good candidate for a new capital. It already boasts the medieval Tavastia Castle, which would provide a picturesque seat of government.

Meanwhile, a visit to the Sipilä family’s forest offers a unique experience for the discerning traveller. You could start there and continue north on a route through Finland’s earlier Weber points. A few previous locations have created modest monuments honouring their fleeting moments of fame as Finland’s centre of population.

A very humble plaque attached to a rock can be found by the northern shore of Lake Särkemä. It reads simply, “Weber point 2016,” without further explanation. Another one, from 1995, slightly larger and somewhat more informative, stands at a crossroads in the village of Sappee.

Yet another stands in Rautajärvi, which lies roughly 35 kilometres (22 miles) north of the current location. It was the centre of population in the mid-1970s, and the monument was unveiled in 1979.