In a very close election, the Social Democratic Party won the most seats in Parliament – but only just.

Member of Parliament Maria Ohisalo (middle), vice chairperson of the Greens, raises her hands in celebration as voting results are announced on election night.

The main issues driving Finland’s 2019 parliamentary election on April 14, 2019 included the previous government coalition’s unsuccessful attempt to pass a long-debated social and healthcare reform; the need for action to mitigate climate change; and immigration policies. A new Parliament is elected every four years.

The Social Democratic Party (SDP) took 17.7 percent of the votes, entitling it to 40 seats in the 200-seat Parliament. This marks the return of the SDP, which had not been the largest party in Parliament since 1999. It also represents a historically narrow victory, as the SDP was followed by the unabashedly populist “Finns” Party with 17.5 percent (39 seats) and the moderate conservative National Coalition Party with 17 percent (38 seats).

The conservative Centre Party, leader of the previous government coalition, fell precipitously from 49 seats to 31, with 13.8 percent of the vote. The Greens, strong in urban areas, posted a personal best by adding five seats for a total of 20, their largest ever. The Left Alliance added four seats to bring its total to 16. Both the Greens and the Left Alliance had kept climate change at the forefront of their campaigns.

The Swedish People’s Party, whose constituency relies mainly on speakers of Swedish, which is also an official language in Finland, held steady at nine seats. The Christian Democrats, in turn, clung to their five seats. Well-known businessman and MP Harry Harkimo retained his place in Parliament after leaving the National Coalition Party to form a non-party called Movement Now. 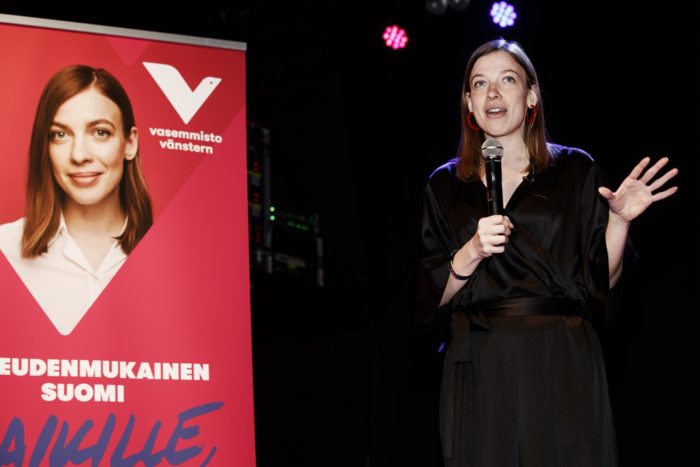 Li Andersson, already a two-term MP and the leader of the Left Alliance at age 31, addresses the party’s followers as the 2019 election results roll in.Photo: Roni Rekomaa/Lehtikuva

Voter turnout was the highest since 1991, at a respectable 72 percent, almost two percentage points above the 2015 figure. All citizens 18 or over are automatically registered to vote and receive a letter of notification in the post before each election. A total of 4.5 million people are entitled to vote, including about 250,000 Finnish citizens living abroad.

A record number of women won seats: 93, equaling 47 percent of the new Parliament – the previous high point, 85, happened in 2011. Eighty-five percent of Green candidates were female, and only three out the party’s 20 MPs are male. Women hold 22 of the SDP’s 40 seats.

All in all, 83 incoming MPs are new to Parliament. Eight members are under 30 years old, and 48 percent of Parliament is under 45. Iiris Suomela, 24, a Green from the central western city of Tampere, is the youngest MP in the new session.

The weight of a vote 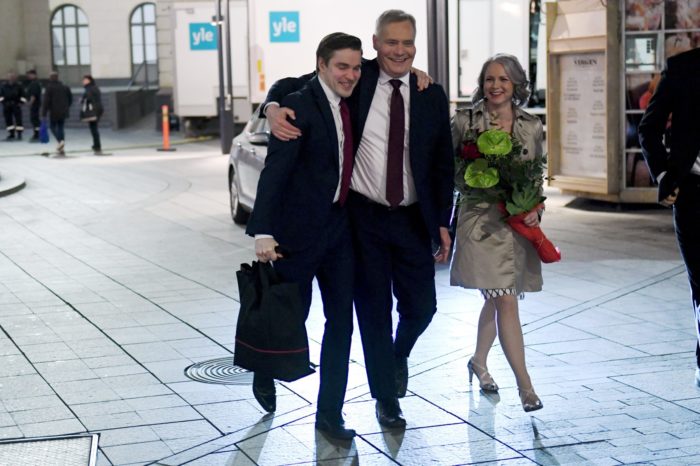 The biggest vote-magnet candidates receive tens of thousands of votes, but in some districts, candidates can squeak into Parliament with just over 2,000 votes. This means that every vote carries a value that is both significant and mathematically appropriate. Perhaps this is one reason that people get out and vote, keeping voter participation high.

As the SDP begins negotiations to form a government coalition, Finland’s largest daily, Helsingin Sanomat, suggests that one likely scenario would involve the SDP, the National Coalition Party, the Greens and the Swedish People’s Party. Many other combinations are possible – even ones that don’t include the SDP – but each additional party brought into the coalition complicates the path to finding common ground.

A little more than a century ago, the newly independent nation of Finland experienced a short but brutal civil war. Though the conflict left deep scars, a culture of working together helped former enemies reconcile and allowed the country to progress relatively quickly in its nation-building process.