We preserve Finland’s summer festival atmosphere in photos so we can continue to savour it all year round.

We look at some of the highlights of the summer festival season. In the picture: Helsinki Samba Carnival on Senate Square (more photos in the slideshow below).

It’s time to allot ourselves 14 photos and a couple hundred words to capture the Finnish summer festival spirit – the people and the atmosphere.

Raise your hand if you know a gardener. If you do, then you can imagine the way Finns anticipate their summer festival season.

Just as gardeners will sit half the winter and plot what they’re going to plant in the spring, Finnish arts enthusiasts will huddle inside while snow still covers the ground and map out which festivals to hit come summer. You can almost taste the fresh vegetables. You can almost hear the music drifting through the warm air.

So it shouldn’t seem surprising that we also want to preserve the summer festival spirit and continue savouring it all year round. Just as a gardener stows some of the harvest away, we’ve assembled a slideshow to help us remember and convey the faces and feelings of the festivals. 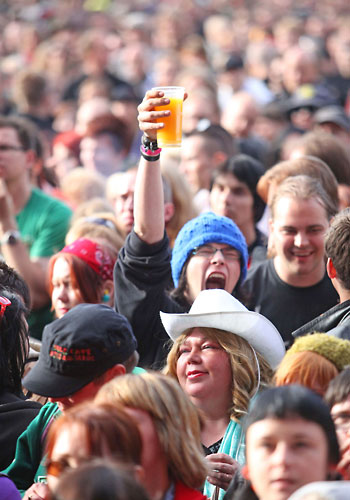 Cheers! Nothing like a cup of – orange juice? – to help welcome the start of the festival season in mid-June at Provinssirock (Province Rock) in the central western town of Seinäjoki. Photo: Tim Bird 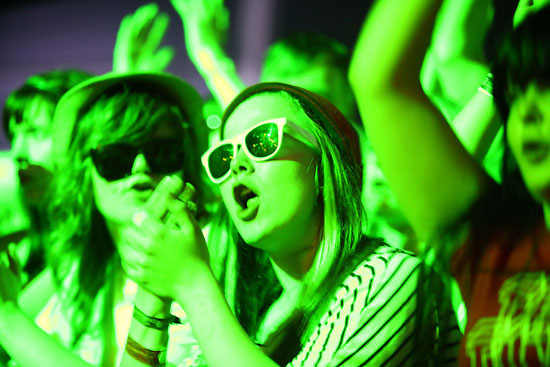 Green light: Provinssirock kicks off the summer, and the audience is a far cry from the visitors Seinäjoki sees in July when it hosts the Tango Festival. Photo: Tim Bird 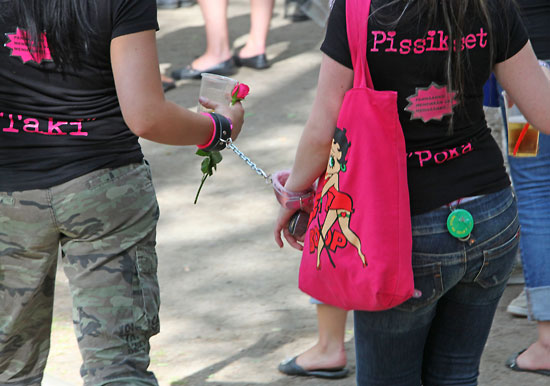 True love, or at least true friendship: These two fans at Provinssirock don’t want to lose each other in the crowd. Photo: Tim Bird 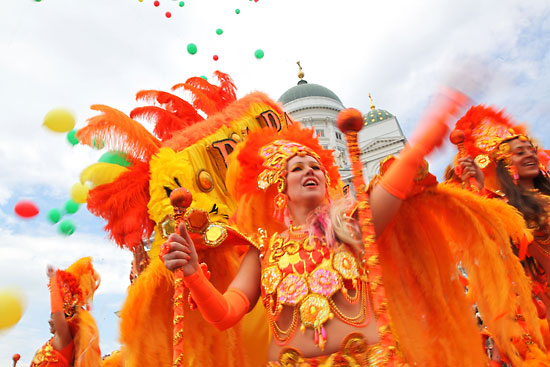 A step beyond tango: Yes, we do have samba, at least for one weekend every June at the Helsinki Samba Carnival. Photo: Tim Bird

Full metal racket: The Tuska (Agony) Festival attracts men and women in black to Helsinki for heavy headbanging in the middle of summer. Photo: Tim Bird 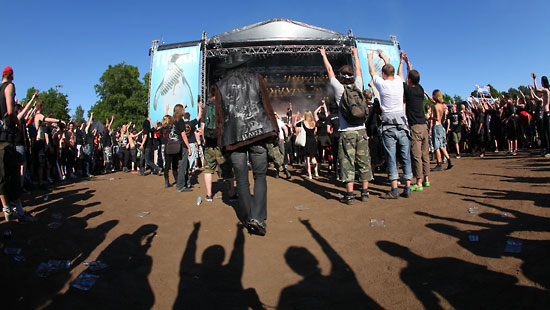 Calm before the storm: Fans and their silhouettes converge on the stage at Tuska as a concert begins. Photo: Tim Bird 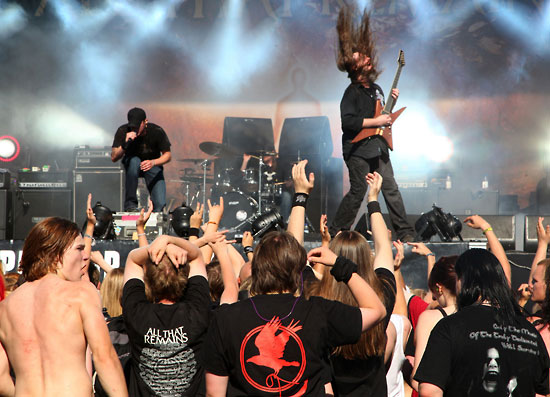 Put your hair in the air: The guitarist is already in full swing. Photo: Tim Bird 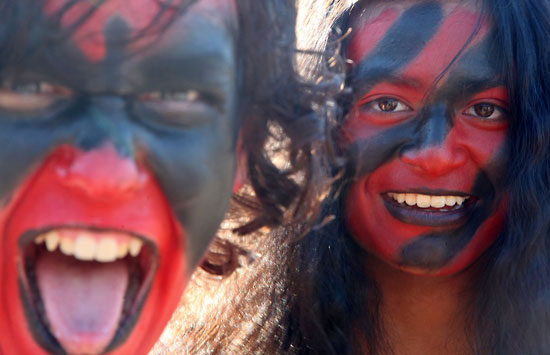 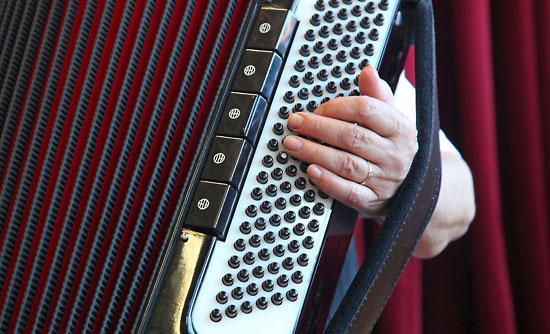 Same colours, different channel: Black and red again, but this time on an accordion at the Kaustinen Folk Music Festival, held every July about six hours north of the capital. Photo: Tim Bird 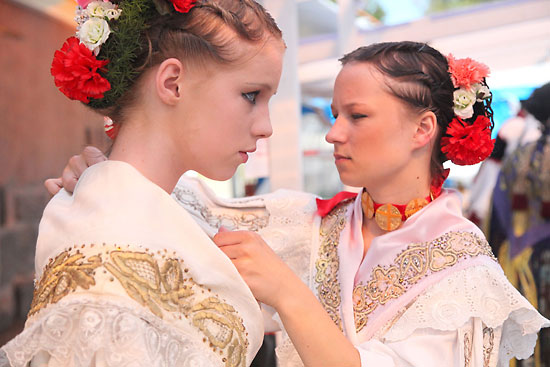 One of Finland’s longest-running festivals, Kaustinen offers traditional and world music and dance of every kind, both international and homegrown. A couple of dancers from the Croatian group Željesničar prepare for their moment on the main stage. Photo: Tim Bird 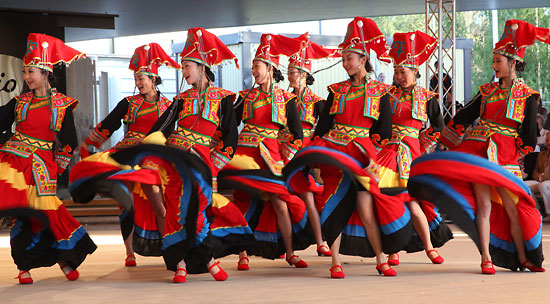 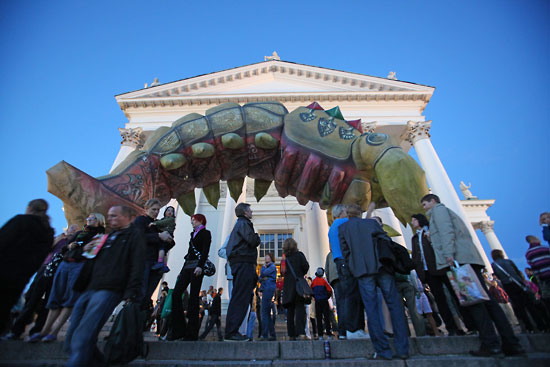 The festival summer culminates in late August with the two-week Helsinki Festival, which also makes its own contributions to the Night of the Arts events that take place all over the city on the third Friday of that month. Enormous crustaceans and jellyfish might be spotted floating over downtown. Photo: Tim Bird 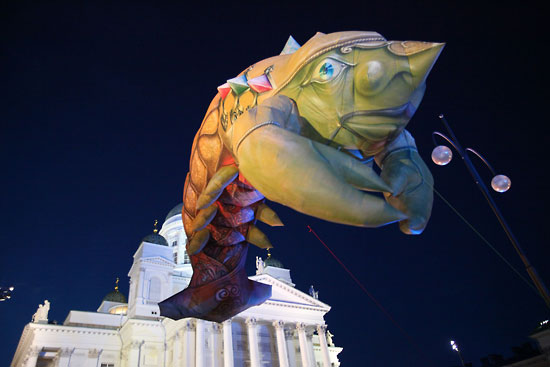 The Helsinki Festival hired French street performers Plasticiens Volants to turn the sky into an aquarium for Night of the Arts. Photo: Tim Bird 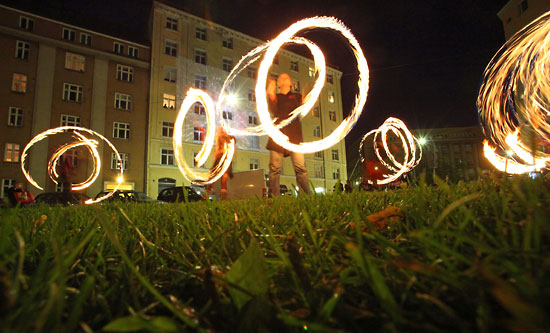 A group called Revontuli (Northern Lights) lights up a park in the Helsinki neighbourhood of Kallio on Night of the Arts, while a slight chill in the air hints that the arrival of autumn is not far off. Photo: Tim Bird