Headquartered in Berlin, Zalando is an e-commerce company that maintains a cross-platform online store selling shoes, clothing and other fashion items. It operates in 15 European countries and has more than 16 million active customers.

Wanting to transform itself from a retail company to a technology company that connects brands, retailers and consumers, Zalando realised it needed to increase its tech team significantly.

Looking for the right city

Zalando began to research various European cities to find out which ones would have enough high-class talent and the right type of dynamic mental chemistry for setting up a new tech office.

After a couple of months of intensive talks with local people and authorities and meeting up with local tech companies and startups in spring 2015, Helsinki turned out to be a perfect match for Zalando.

Zalando’s Helsinki office, the company’s second tech hub outside of Germany, was up and running by the end of August. By late November, it had hired some 25 talented and passionate software developers.

“But in the long-term perspective, we see the potential for several hundred people,” says Tuomas Kytömaa, Site Lead for Zalando Finland.

According to Marc Lamik, Zalando’s Head of Tech Expansion, the main reason why Zalando chose Helsinki was the huge available talent pool. There is an ample supply of engineering, user experience and design talent to hire. Other important factors were Finland’s strong mobile sector and the e-commerce friendly atmosphere. 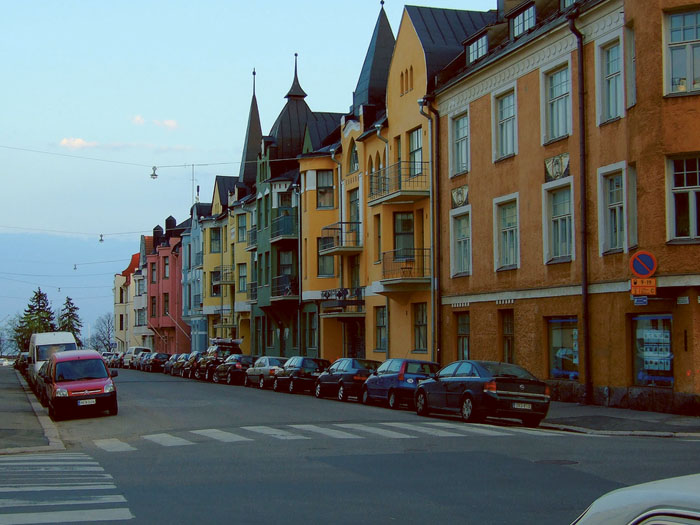 After a couple of months of intensive talks with local people and authorities and meeting up with local tech companies and startups in spring 2015, Helsinki turned out to be a perfect match for Zalando.Photo: Helsinki City Photo Competition at Flickr.com

“We received significant help from local authorities and organizations like Helsinki Business Hub and Finpro. They assisted us with recruiting staff and finding premises, and they put us in contact with all the right people. The more local knowledge you have, the smoother it is to set up operations,” Lamik notes.

”We are building a new fashion application that connects customers, brands and retailers. Our development work touches all areas of modern software architecture. We have cross-functional teams that work on everything from the user interface on your mobile phone to the code that runs on servers, supporting millions of customers,” explains Kytömaa.

Contributing to the local tech community

Zalando wants to engage and interact with the local tech community.

“We are organizing events at our premises with various meetup groups almost every week. In addition, we just launched our Tech Startup Residency Program, and will be hosting selected startup teams in our office for three months, offering expertise, guidance and resources to help them build up their business,” Kytömaa says.

“These are two concrete activities that are already in place. They are helping us to become a contributing member of the local tech community.”