A country with no ocean or real waves surfs to the top of wave power technologies.

Finnish energy start-ups are making waves that can change the world: there is a potential in wave power for unlimited clean energy as our planet is mostly covered in oceans.

Finnish start-ups are at the crest of wave power –  a vast future source of clean electricity.

Two Finnish firms are making an international splash with new inventions offering low-impact, emission-free electricity. Anyone who has seen big Atlantic surf crashing along Europe’s western coasts, readily understands there is an unfathomable amount of energy pent up in each crest and crash.

Yet it’s far from simple to capture that force in a steady, predictable way – especially as any device must stand up to the constant pounding and salt while minimising impact on the marine environment.

A Finnish company near Helsinki, AW-Energy  announced it’ll build the first wave-power farm in the Americas with a Mexican utility.

Meanwhile another Finnish wave-power firm, Wello, is partnering with Finland’s biggest utility, Fortum, on a project in Cornwall in the UK. The EU is bankrolling most of the €24 million budget. 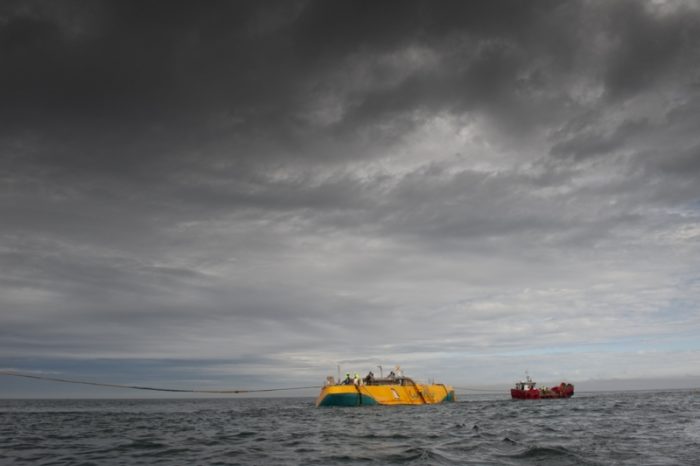 The 30-metre-long Penguin, floats on the surface far out at sea, with a fully-enclosed device that is spun by the water motion. Photo: WelloPhoto: Wello

“Though Finland isn’t known for its surf, its wave power technology companies have been able to develop technologies that are absolutely among the best in the world,” says Mikko Huumo, Manager of R&D Growth Projects at Fortum, which has been investing in wave energy since 2007.

“It’s amazing that there are two leading companies in this field from a country which has no ocean or real waves!” says John Liljelund, CEO of AW-Energy.

AW-Energy’s WaveRoller is a metal panel attached to the seabed, which is pushed back and forth by waves. Wello’s Penguin, on the other hand, floats on the surface, an enclosed gadget spun by wave motion.

“In our device there’s a continuous rotation movement,” explains Wello CEO Aki Luukkainen.
“We directly convert this movement into electricity. There are no moving parts outside the device in the water, which makes it durable and survivable in the harsh marine environment.” 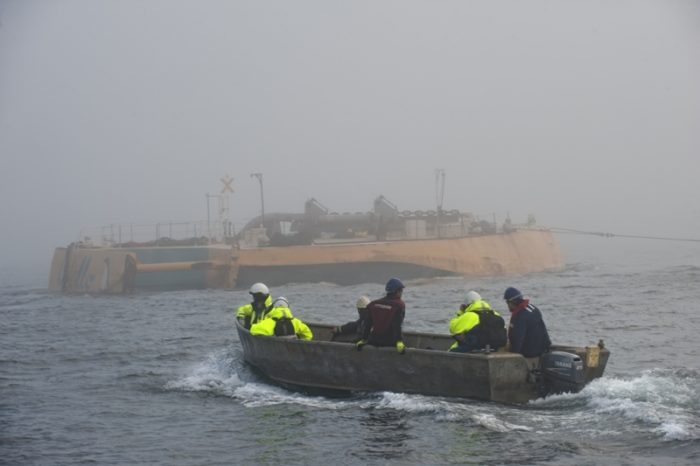 The Penguin was designed in 2007 by architect and inventor Heikki Paakkinen. He founded Wello the following year. “I built various models in my garage and tested them in the sea near my house in Espoo,” he recalls. Photo: Wello

From Espoo garage to Scotland

Wello estimates that each 30-metre Penguin can produce up to 1 Mega Watts of electricity, with strings of them out at sea generating far more. The machine was invented in 2007 by architect Heikki Paakkinen, who founded Wello the following year.

“I built various models in my garage and tested them in the sea near my house in Espoo,” he recalls with a grin. “It was my hobby developing and testing these devices – an obsession, like some people play chess or go fishing.”

A full-scale Penguin has survived 12-metre storms in Scotland’s Orkney Islands, while successfully supplying electricity into the grid.

“We’ve proven the durability of the concept over three years with all the original components,” says Paakkinen. 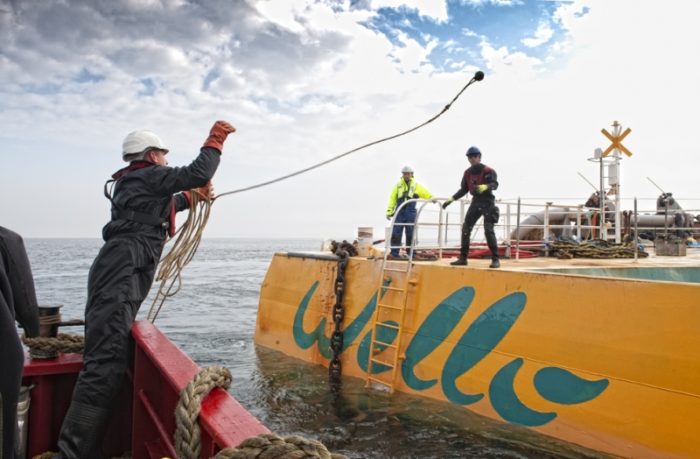 Wello estimates that each Penguin produces between 160 kW and 1 MW of power, or enough electricity to power some 400 homes. Strings of them could be installed in open-sea areas without interfering with shipping or marine life. Photo: Wello

Meanwhile studies commissioned by both firms show no significant interference with shipping or marine life.

“In fact, our studies in Portugal only show positive impacts against erosion,” says Liljelund.
“It acts as artificial reef, attracting fish like a shipwreck. So the fishermen are happy. And so are the local surfers.”

AW-Energy, a 2015 Red Herring Europe Award Winner, boasts 27 international patents and the first-ever Statement of Feasibility for a wave device. Lloyd’s Register declared the WaveRoller to be seaworthy after grid-connected trials in Portugal, with wave heights over eight meters. 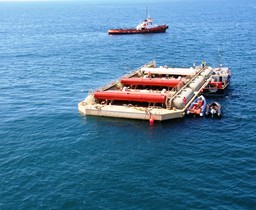 The WaveRoller is a metal panel attached to the seabed close to the shore, which is pushed back and forth by the waves. Photo: AW-Energy

“We’re building a totally new industry,” says Liljelund. “We have three commercial customer projects underway including the ESB WestWave project near Limerick, Ireland, which is the flagship project of the whole industry.”

That installation will generate 5 MW of electricity, enough to power 3500 households. Another big commercial device is being installed in Portugal, along with a 1.5 MW Fortum project in France.

“Obviously it will take some time to be competitive against other sources of electricity. But by 2025, we should be competitive with offshore wind and the sector will be profitable,” predicts Luukkainen.

“It’ll take a decade to challenge traditional energy sources,” agrees Liljelund.
“But this is the largest untapped resource on the planet.”

Finland reaches for the solar switch

FinSolar is spotlighting solar power. If you thought Finland wasn’t ideal for solar panels, you have to read this.