Antti Putkonen, the founder of Kooma, has moved his hat-making operation out of his cellar; he wears a “pipo” all year round.

Antti Putkonen, now in his late 30s, first got hooked on knitting hats during his schooldays, and soon started selling his hats. After a break to devote time to his kids while they were small, he’s now increasing the amount of time he spends on his business.

He makes woolly pipo hats and beanies by hand, and wears the wintry accessories all year round. “A pipo is a natural extension to whatever you wear,” he says. “In a slightly anarchic spirit, I often like to wear a pipo indoors – though I’ll always take it off when heading for the dining table.”

In a workshop in the northern Finnish city of Oulu, Putkonen’s industrial-scale sewing machine thrums almost round the clock when he has a big order to meet. Some 15 kilos (33 pounds) of cloth has just arrived from the factory, and the customer has set a tight deadline for the delivery of this batch of woolly hats. “When the last pipo is ready,” he says, “I’ll clean up and stop to think: There goes another bunch of hats, out into the big wide world.” 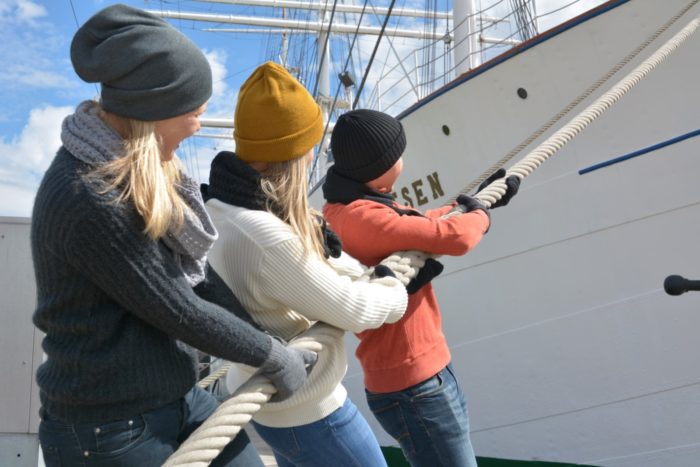 Finnish knitwear firm Nevertex is another long-standing player in the “pipo” business featuring hats for all seasons.Photo: Nevertex

In secondary school, Putkonen was enthralled to realise how quickly and easily he could fashion woollen handicrafts. He earned a fair amount of pocket money by making hats to sell to his friends.

After leaving school in 1998, he set up his own company and pipo brand, called Kooma (the Finnish word for “coma”). This name came from the slang expression vetää koomat (literally “put on a coma”) used by young guys to mean “party like crazy.”

As skateboarding and hip-hop culture took off in Finland, his warm but supercool hats sold like hotcakes. In the early 2000s Putkonen and some friends started a business in Oulu called Real Deal, selling skateboarding gear and Kooma woollies.

At about the same time as his three kids started arriving on the scene, Putkonen was shuttling back and forth to Rovaniemi, more than 200 kilometres (125 miles) away, to study textile design at the University of Lapland. “For a while I was pretty close to burnout,” he says, “though I didn’t realise it at the time.”

It became clear that he had to take a break, so he put his pipo production on hold, leaving everything in the cellar of the family home, while he focused on raising his offspring. “It felt positive to just give in and do things the way it suited the kids,” he says. 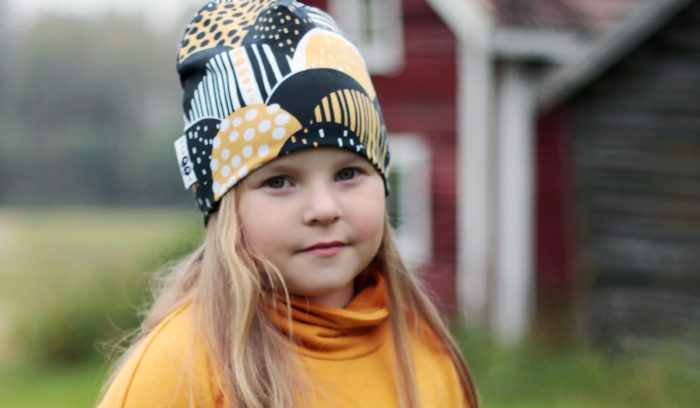 PaaPii Design, based in the Ostrobothnia region, produces family-oriented garments including hats such as this one, entitled “Harvest.”Photo: PaaPii Design

Demand for Putkonen’s pipos never died down. With pipos coming into fashion, even Finns who had only ever worn woollens to protect themselves from the cold could now look trendy in their old woolly hats.

Finnish winter temperatures can sink as low as minus 30 degrees Celsius (minus 22 Fahrenheit). In the summer it can get very warm, though the country doesn’t experience the same kind of heatwaves as more southerly parts of Europe. This means you can wear thinner knitted hats even in the summer.

A few years ago it was trendy for pipos to have protective “wind stopper” lining. But today woollen designs that let the air through are also popular. One designer who has had the opportunity to keep an eye on hat trends is Terttu Harsunen at Finnish knitwear company Nevertex in the the central-western region of Ostrobothnia. “Merino wool is also ‘in’ now,” she says. “It’s soft but not itchy.”

Nevertex makes hats for customers of all ages; Harsunen reckons that the earlier craze for pipos among young men continues to show itself in the wardrobes of middle-aged guys today. “And there’s a new trend of older gentlemen who want black or grey pipos to wear with classic outfits,” she says.

Anniina Isokangas (whose last name coincidentally means “big fabric”) is CEO and designer at another company in Ostrobothnia, PaaPii Design. Looking at the opposite end of the age spectrum, she notices how children – and their parents – also follow and shape the direction of hat fashion. For families with young children, wearing a set of matching hats can give everyone a sense of shared identity and togetherness. “It’s a kind of twinning trend for the whole family,” says Isokangas. She also notes that a pipo can cover up a “bad-hair day” for a parent pressed for time. 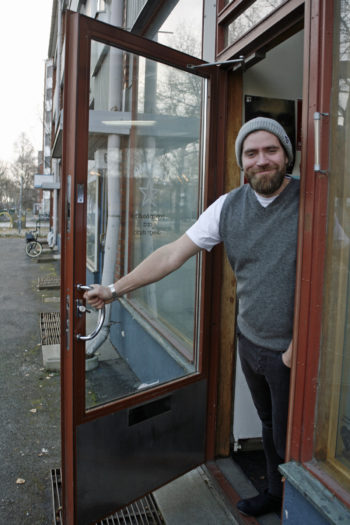 “The ‘pipo’ in itself is timeless,” says Antti Putkonen of Kooma when asked about his company’s longevity.Photo: Susanna Ekfors

For ten years Kooma kept a low profile. But eventually Antti Putkonen’s kids grew up a bit, giving dad more time to himself. Now he’s making and marketing his pipos as a full-time entrepreneur again, in his brick-and-mortar premises and on the internet.

He’s got a lot of colleagues and competitors in Finland in addition to Nevertex and PaaPii. Although they won’t all fit into one article, we’ll also mention Costo, which offers “environmentally sustainable and good-looking designs;” Vai-kø, which makes 100-percent merino wool hats for “tough hikes or Sunday strolls” and says it gives 5 percent of its sales income to charity; and SuperYellow, which aims to “create a headwear culture” that is “colourful,” “innovative” and “functional.”

There are many hats vying for consumers’ attention, but the basic demand for pipos hasn’t changed at all, though different models may fall in and out of favour. The most popular knitted pipos today are taller designs that flop down slightly behind your head.

“But the pipo in itself is timeless, and I can quickly react to changing fashions,” says Putkonen. He aims to strengthen and grow Kooma until what is now a one-person business must hire more people.