Meeri Haataja, an expert in AI ethics, believes that the data economy can flourish only if citizens and consumers can trust that artificial intelligence is used to drive their wellbeing.

“Our positive expectations regarding the data economy won’t come true if citizens and consumers do not trust that artificial intelligence is used to drive human wellbeing,” Haataja says.

In the future, the competitiveness of companies and countries will depend to a great extent on their ability to utilise data and artificial intelligence. One key issue is who possesses expertise in this sector.

At the same time, a growing amount of attention is focusing on the ethical basis of AI activities. 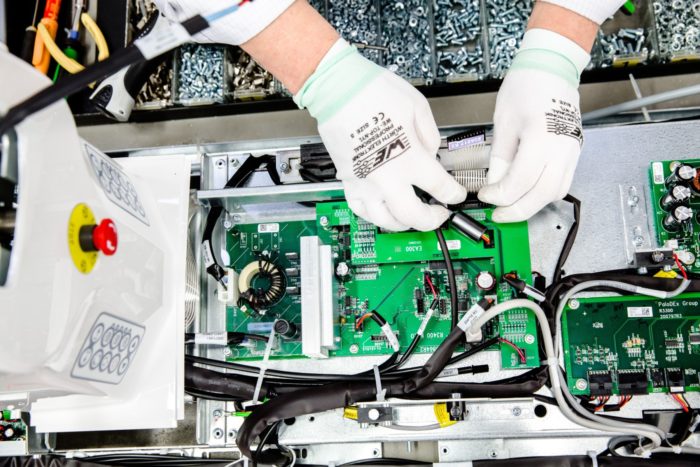 Nuts and bolts: Constructing a piece of healthcare technology that may provide data that leads to better decisions.Photo: Sakari Piippo

Earlier in her career, Haataja worked as director of artificial intelligence at OP Financial Group, one of the largest and oldest financial companies in Finland. At that time, she says, it really hit home for her that power and responsibility must go hand in hand.

“I began to wonder what it would take for me to convince our owner-customers that the data we collected about them was always truly to benefit them,” she says.

She subsequently moved on to developing principles and practices for the sector in Europe and globally.

“This is exceptionally meaningful work, and therefore it’s also rewarding,” she says. “It’s fantastic to have the opportunity to collaborate with other experts from around the world to formulate new guidelines that will shape the world our children live in.”

The tremendous pace of progress in AI adds its own dimension to the work: “Large-scale changes have to be implemented at a relatively fast pace.” 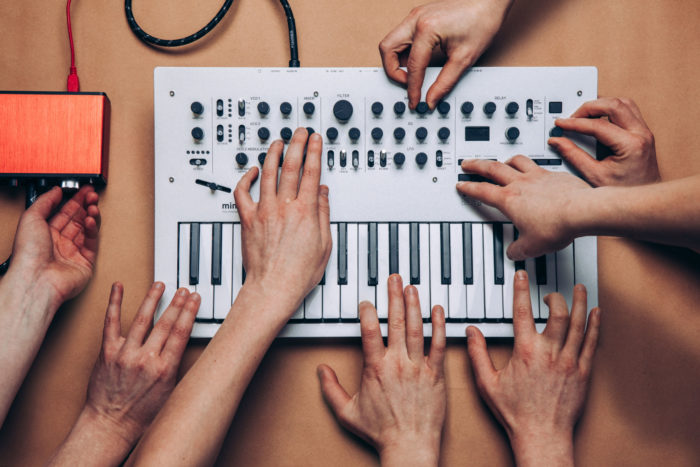 This photo, showing many different influences and inputs on a piece of music, symbolically plays on the fact that artificial intelligence technology is even being utilised in the arts.Photo: Aleksi Poutanen/Aalto University

The Institute of Electrical and Electronics Engineers (IEEE) is one of the places where Haataja is currently contributing to promoting AI ethics. An independent global organisation with 400,000 members in more than 60 countries, it develops technology sector standards.

“Above all, the organisation wants to promote human-centric technology that serves people,” says Haataja. “For example, the current WiFi standard was developed by the IEEE.”

She is also the chair for Finland’s AI Programme’s Ethics working group. In addition, she has her own company, Saidot.ai, which develops technologies in order to enable ecosystem transparency, accountability and agreements in artificial intelligence.

In May 2018, the EU’s General Data Protection Resolution (GDPR) entered into force. It guarantees every EU citizen the right to check what data has been collected about them and receive information on how the data will be used and who will have access to it. Additionally, citizens have the right to correct their data or delete it from a register.

“The GDPR marks an exceptionally significant step in the direction of responsible use of data,” says Haataja. “It will provide the foundation for creating good shared ethical practices.”

How will AI influence our lives? 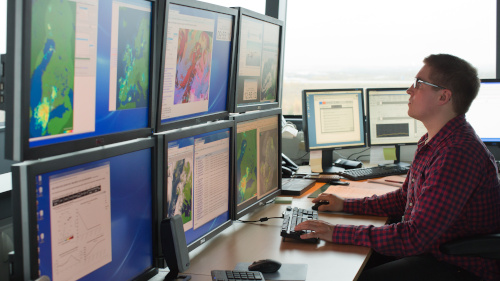 Studying radar displays at Helsinki Airport: Air traffic control is one of numerous fields in which use of artificial intelligence is set to increase.Photo: Riitta Supperi/Keksi

“Nowadays artificial intelligence is largely being developed to solve or automate specific narrow use cases and problems, but it’s also crucial to consider the impact of the technology from a broader, long-term perspective,” Haataja says. “How will it influence our lives and our society?”

She mentions that there is a need for ethical standards and certifications, for example on how AI is used in recruitment:

“When artificial intelligence makes assessments on how well a person is suited to a position, for instance by analysing microexpressions on the person’s face, then there’s reason to consider whether it will lead to discrimination, and how that could be avoided.”

She adds, “The EU has an important role as a pioneer. However, the IEEE’s standards and certificates are intended for global use.”