Curious AI is researching, testing and developing the building blocks of the autonomous AI of the future.

A Finnish deep-tech startup, the Curious AI Company is building the autonomous AI of the future.

Founded in 2015 and building on decades of previous research, Curious AI is researching, testing and developing the building blocks of the autonomous AI of the future – the one that will have a rich inner life, learn by trial and error, and behave in a human-like manner, exploring and making intuitive one-shot decisions.

Contributing to creating something that is still far in the future calls for scientific curiosity and a bold explorer spirit. You have to know where you are going. And you have to have enough funding to carry you through the phase when you are not yet offering a concrete product. 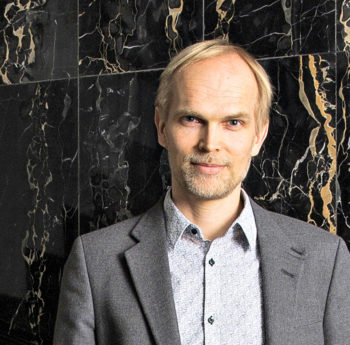 “We are the first to bring a key human learning mechanism to computers,” says Harri Valpola of the Curious AI Company.Photo: Ville Rinne

“We are the first to bring a key human-learning mechanism to computers,” says founder and CEO Harri Valpola.

“We humans can solve many problematic tasks once we are given the correct answer a couple of times, for example when a mother tells a child what a dog looks like,” he says. “To learn largely independently, we need plenty of real-life observations (raw data), a handful of correct examples (labelled data) and perhaps some corrections (‘That’s not a dog, that’s a sheep’).”

In machine learning, this is known as semi-supervised learning. In 2015, Curious AI published an AI system that can learn handwritten digits from just ten examples – for example, ten different renditions of the figure six.

“Now we have upgraded the AI system to tackle much more difficult problems,” says Valpola. “When scaled up, such a system may allow the automation of human knowledge work. The final product we are developing is called a digital coworker.”