Rapid structural change in the Finnish telecom industry has created a unique opportunity for companies looking to hire high-class engineering talent. Today, Finland is a perfect place to set up a research and development unit.

Major mobile players have exited the stage, but today’s Finnish ICT arena is alive with new energy and an ambitious can-do attitude.

Continuous growth between 1990 and 2009 turned the Finnish telecom industry into a nationally important sector – with ICT regarded as the cornerstone of the national economy. In those days, Nokia was the jewel in the crown that all Finns were proud of.

But the new decade saw a structural change brought about by the maturisation of the telecom industry, new players, a new global model and changing market shares. In 2009, Nokia started to downsize its mobile operations, making more and more people redundant. Confronted with plummeting sales figures, Nokia eventually decided to sell its mobile phone business to Microsoft in 2013. This caused a radical contraction in the large Nokia ecosystem.

Further bad news followed in summer 2015, when Microsoft announced it was scaling down its mobile business and laying off roughly 2,300 employees in Finland. The R&D site in Salo was to be closed down and major redundancies were expected elsewhere in Finland.

End of the story? A discouraging final blow for Finnish ICT? No, Finns do not give up that easily. This is where a new story, a new vision, of determined recovery begins.

Extensive and rapid change is painful, but also a strong driver for renewal. Major mobile players have exited the stage, but today’s Finnish ICT arena is alive with new energy and an ambitious can-do attitude.

Telecoms, radio technology and mobile technology remain strong, the ICT subcontracting industry is competent and lean and the Finnish gaming industry has been booming. Hundreds of new technology startups have created a vibrant startup scene. And new players such as Intel, Huawei, LG and Zalando have set up R&D units in Finland to utilize the available talent pool and to tap into the local tech community. In a recent study for innovative capital cities, Helsinki is listed as one of the top five tech cities in the world. 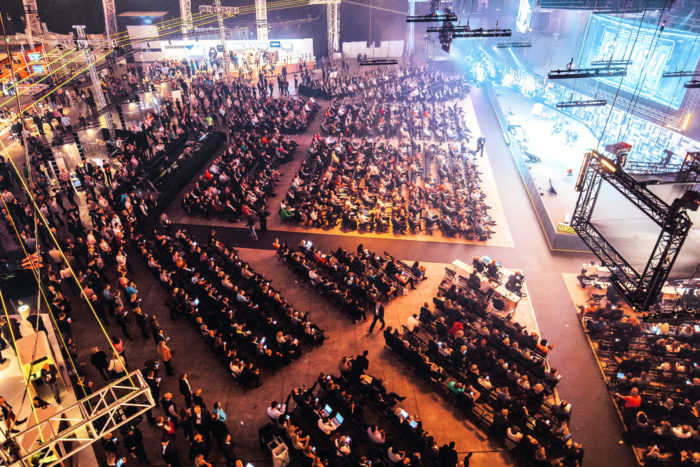 “This rapid change has created a unique opportunity to utilize world-class Finnish R&D expertise. You could say Finnish engineers are amongst Finland’s greatest assets,” says Minna Matinaho, Head of Customer Process at Invest in Finland.

“In Finland the price to quality ratio of technology professionals is excellent. The R&D engineers are innovative problem-solvers and committed to the task and to the job,” Matinaho highlights.

Creoir is a Finnish startup providing design and engineering services. Winner of the iF Design Award 2015, Creoir specializes in designing user interfaces for consumer brands, most notably designing the Marshall London smartphone and the Ibis smartwatch. Most of Creoir’s employees have a Nokia background. Pekka Väyrynen, CEO of Creoir, is convinced that the way Finns work makes a real difference.

“Before joining Creoir at the end of 2012, I headed the product development of Nokia’s N9 Meego phones in Oulu. During my business trips across the world I got to see various working cultures, and realized how naturally it comes to Finnish employees to show initiative and always walk the extra mile,” Väyrynen says.

“You may be able to outsource work overseas at a lower price, but Finnish workers are extremely flexible. If quality and adhering to schedules are important to you, choose Finland,” he urges.

Part of the Nokia and Microsoft legacy are the professional networks born during those years.

“Looking back, the thing I appreciate most is the professional competence we accumulated while working for Nokia. Old networks are crucial to the current success of our company. They enable us to scale up our production. And they allow potential cooperation partners to learn about us,” Väyrynen says.

Another valuable legacy is the ability to use English as a working language.

“Finns speak English really well. We are used to working in an international multi-site environment and we have existing contacts around the world. This means we can always find a solution to any problem that may arise.”

Other benefits for international companies establishing themselves in Finland are a very low employee turnover rate and a culture of straightforward communication.

“Personnel don’t change twice a year, as happens in certain countries. This means you don’t have to use valuable working time for training new employees or getting trained. Also Finns can admit their errors. Problems can often be solved quicker if you do not have to think about saving face,” Väyrynen notes.

Pulled oats conquered Finland: The world is next
Business & innovationEntrepreneurs