Students and workers come to Joensuu for first-hand experience in the forest industry. Some end up staying in Finland.

“Finns are used to spending time in the forests,” says German forest cartographer Katja Gunia. “It’s part of their everyday life but at the same time, it’s very special.”

Every year the eastern Finnish city of Joensuu welcomes new students and workers eager to get first-hand experience in the forest industry. Some of them end up staying much longer than they planned.

When she decided to leave her native Germany to work in Joensuu, forest cartographer Katja Gunia had a clear plan. She would stay one year in Finland, then move on. That was in 2004. A decade later, she’s still there.

“I discovered the Finnish way of life – close to nature and a nice work atmosphere,” recalls Gunia, the mother of two young children. “It was great! When my employers offered me a new contract, I took it.”

A nature enthusiast, she especially enjoys the Finns’ relationship to their forests. “They belong together,” she says. “Finns are used to spending time in the forests. They go there for a walk after work or to pick berries. It’s part of their everyday life, but at the same time it’s very special. For me, Joensuu is a haven.” 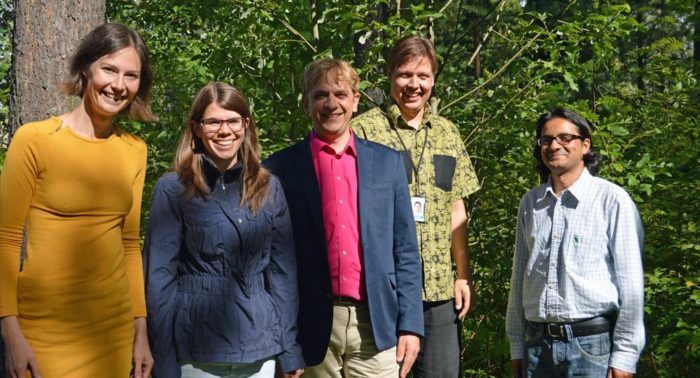 With more than 70 percent of its surface covered by forests, Finland is – by far – the most densely forested country in Europe.

Surrounded by thousands of acres of woods, Joensuu, with its 75,000 inhabitants, is at the centre of the Finnish forest industry. It hosts dozens of companies and research centres whose activities are related to forestry. They employ thousands of people, including many foreigners.

“In a way, this is the place to be,” says Blanca Sanz, a young Spanish woman who spent a summer in Joensuu doing an internship in forest ecology. “Before arriving, I had heard a lot about how great Finnish forests were. Yet I was very surprised when I got here. The amount of forest was incredible! I had never seen that in Spain.”

“Surprised” is also the word that Augustine Moses Gbagir, a PhD student from Nigeria, uses to describe his arrival in Finland: “Five years ago I came on a scholarship. When I stepped out of the plane, I thought, Oh my God, it is so cold. And it was only August.” He laughs at the thought.

Fortunately, Gbagir got used to the snowy winters and enjoys his work in Joensuu: “Finnish forests are very different from the forests I knew. For instance, the species of trees and animals are not the same. It gave me the opportunity to learn a lot of new things, try new technologies and, maybe one day, apply them in my own country.” 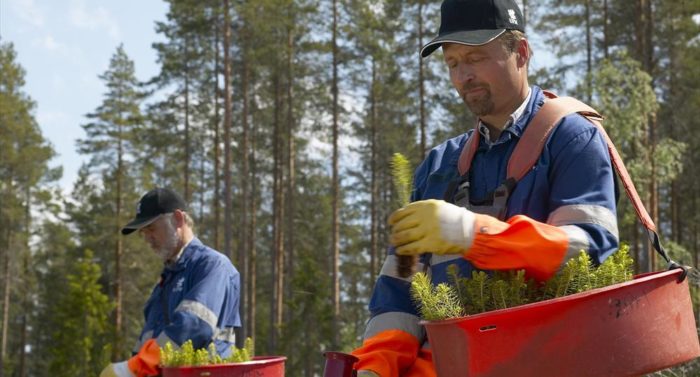 Workers for the Finnish forestry company UPM with baskets of tree seedlings are replanting an area of forest.Photo: UPM

Nepalese Basanta Raj Gautam, forest sustainability manager, has lived in Joensuu since 2006. He also wants to use his Finnish experience to help fight deforestation in his homeland.

“Here,” he says, “forests are well managed. It’s more profitable for locals to grow trees than to cut them. That’s a good model and it should be applied in Nepal.”

Basanta, who has a young son, likes his life and work in Finland, but his plans for the future are not completely clear. “I keep saying that I won’t spend my whole life here. I’d like to go back to Nepal, yet I never do.”

The foreign forest-lovers in Joensuu also represent a major asset for Finnish companies specialising in forestry. “My company has a lot of international partnerships, in Nepal or in Senegal, for instance,” says Jarno Hämäläinen, a manager at Arbonaut, a Joensuu-based forest management firm.

“If part of our staff didn’t come from abroad, we wouldn’t be able to innovate. I can’t imagine working without my foreign colleagues. Where would the fun be?”