St1 uses sunny pictures like these to advertise their Finnish-made biofuel, which is said to cut carbon emissions by 80 percent. Several companies in Finland have created new biofuels.

Imagine clothes made of wood, plastic made of trees and car fuel that is excreted by microbes. It may sound like the stuff of science fiction, yet this technology is available to us today – and much of it has been developed in Finland.

“It’s a whole socioeconomic system that considers the big picture: industrial processes, jobs and wellbeing,” says professor Anne-Christine Ritschkoff, in charge of strategic research at VTT Technical Research Centre of Finland. A world-renowned expert in bioeconomy, Ritschkoff says it’s not just about sustainability of the environment, but sustainability of the whole economy. “The very strict definition,” she says, “is an alternative to oil dependency.”

There’s a lot happening in the scientific and business communities around the world in developing a bioeconomy. Experts agree it is the new wave of the global economy, and it needs plenty of new technology and innovation if it is to succeed. Finland has taken a leading role in this area, not only in research, but also in application. 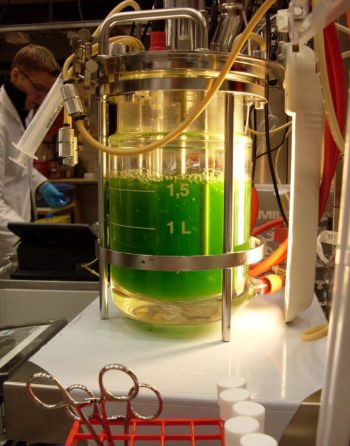 A VTT-coordinated project called Algida explores the use of algae in producing biofuel.Photo: VTT

Finland is important in the development of the bioeconomy because it has both the natural resources and the human resources to make it possible. The bioeconomy is based on biomass, easily renewable plant material and animal waste that can be utilised in manufacturing and industry. The best source of biomass in Finland is the forests that cover 75 percent of the country’s land area. There is also a very highly educated and skilled working population, including the many research scientists and ICT experts that are needed to create new product development processes.

A growing number of success stories highlight the benefits of the bioeconomy. The well-established paper industry has always been very careful to avoid overusing forest resources and to replant regularly. Xylitol, a sugar that actually helps prevent tooth decay, is derived from birch trees and has now been produced for 40 years. A more modern example is St1 Biofuels, which produces car fuel from biowaste. Paint, glue and rubber already use a lot of biomass in their production, making them safer and also more durable.

One product under development with enormous potential is wood cellulose. Textiles made from it are better than cotton, because they are stronger and easier to produce. In effect, you will have clothes made of wood. Wood cellulose can also be used for a new type of plastic: you can make everything from children’s toys to food packaging to medicine from it. It can be biodegradable or long-lasting, depending on its purpose. Bioplastic is set to play a large role in the time ahead.

“We could even have a 100 percent bio-based car in the future,” says Ritschkoff. Imagine a fully recyclable car, driving on fuel made purely from waste. 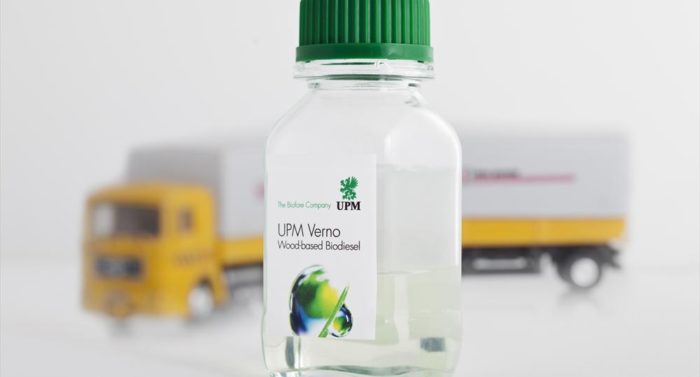 Forestry company UPM is moving into the biofuel market with a wood-based diesel called BioVerno.Photo: UPM

People are working today to make it happen. It’s very likely our entire lives will eventually be intertwined the bioeconomy, when everything we eat, buy or use has been made from biomass.

Finland has a bioeconomy strategy that aims to increase bioeconomy production from today’s 60 billion euros to 100 billion euros by 2025, and in the process, create many new jobs and help drive the national economy. It has huge potential: across Europe, the bioeconomy is already worth more than two trillion euros annually and will continue to grow quickly. However, there is still a lot to do if it is to be successful in the long term, including educating new scientists and encouraging new business.

The current market is not utilising new technology as well as it could, because Finland has a limited number of entrepreneurs. “We need more midsize companies,” says Ritschkoff. “They have the resources that allow investment but can still grow.”

The ideas and the technology are here, so it’s a question of who’s going to use them to help build their success in a truly sustainable bioeconomy.